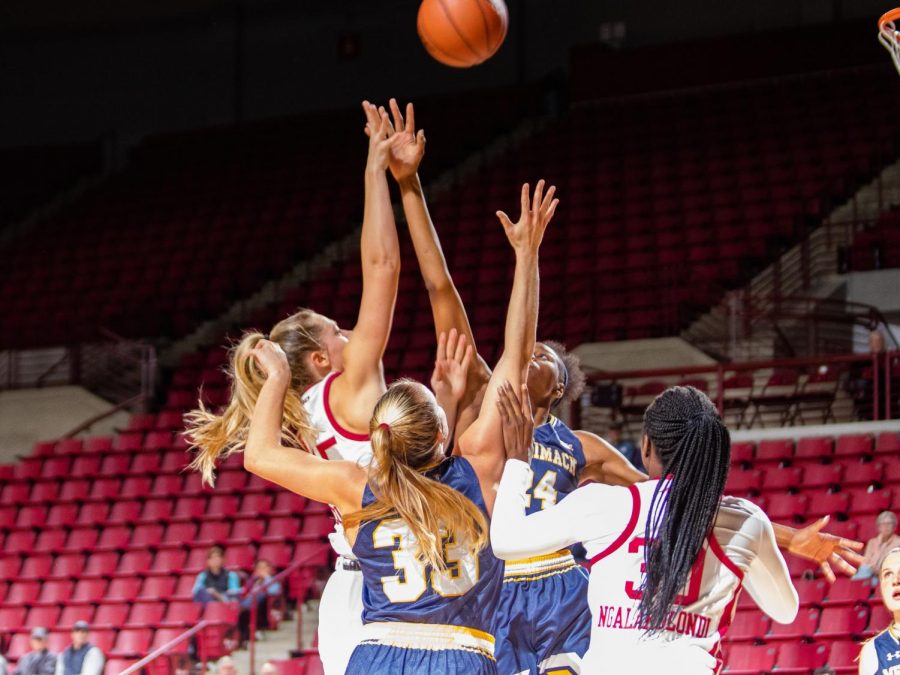 A poor fourth-quarter effort along with hideous shooting from beyond the arc kept the Massachusetts women’s basketball team from giving itself a chance to win as it fell 72-63.

Poor shooting performances from key players like Hailey Leidel and Vashnie Perry and overall poor shot selection became the story as UMass (0-2) saw a close game slip away. The Minutewomen were outscored 23-17 in the fourth quarter, showing good heart with their effort in the final minutes, but it was too little, too late.

“We played together, it was a different team compared to a day ago,” coach Tory Verdi said. “We took a step forward here today. We played against a really good Providence team. We were there. They made some shots in the fourth period and we didn’t.”

The Friars shot a scorching 75 percent from deep in the fourth quarter, compared to a dismal 16.7 percent from UMass. For the game, UMass was 16 percent from 3-point range, while Providence was 45 percent. Sophomore guard Kaela Webb was particularly prolific, going 6-of-11 from downtown, while Leidel took 11 shots from beyond the arc and made just two.

“We had open shots and looks. Ours didn’t fall and theirs did,” Verdi said. “We can’t go 4-of-25. We have to figure that part out. We have to make shots because it really hurts us. I thought that was the only aspect of the game that we definitely need to improve on.”

Arguably the biggest silver lining of the day for UMass was the performance of freshman center Maeve Donnelly. Despite high expectations coming into this season, Donnelly got off to a slow start in her first showing Tuesday against Merrimack. She looked like a completely different player on Saturday, recording 11 points, seven rebounds, and a block. Matching up against last year’s Big East freshman of the year Mary Baskerville, Donnelly gave the Minutewomen the formidable paint presence that they’ve been missing for years.

“This definitely built my confidence a lot,” Donnelly said. “I was really nervous going in. I didn’t know if I had the ability yet to go against these older players. I want to go into the next game and keep building my stats, working with my teammates, and have another good game.”

Junior guard Bre Hampton-Bey was another bright spot for UMass, providing a major spark off the bench. She had 11 points, three rebounds, an assist, and a steal. Her physicality and relentless motor were monumental factors in UMass keeping things neck and neck into the late stages of the game.

“I just love being that role player that brings a lot of energy and keeps everyone on their toes,” Hampton-Bey said. “I do like to pride myself on that, especially on defense, and making sure I get on my teammates at all times, so we can all be on the same page. My team needs that from me.”

After two games, the Minutewomen have certainly taken strides to gel as a team, but so far they have not put together a complete game.

The Minutewomen will look to bounce back on Thursday night at 7 p.m. when they take on UMass Lowell on the road.

Richard Rodgers can be reached by email at [email protected] and followed on Twitter @RichardDRodgers.