Lazy writing in the name of representation defeats the purpose 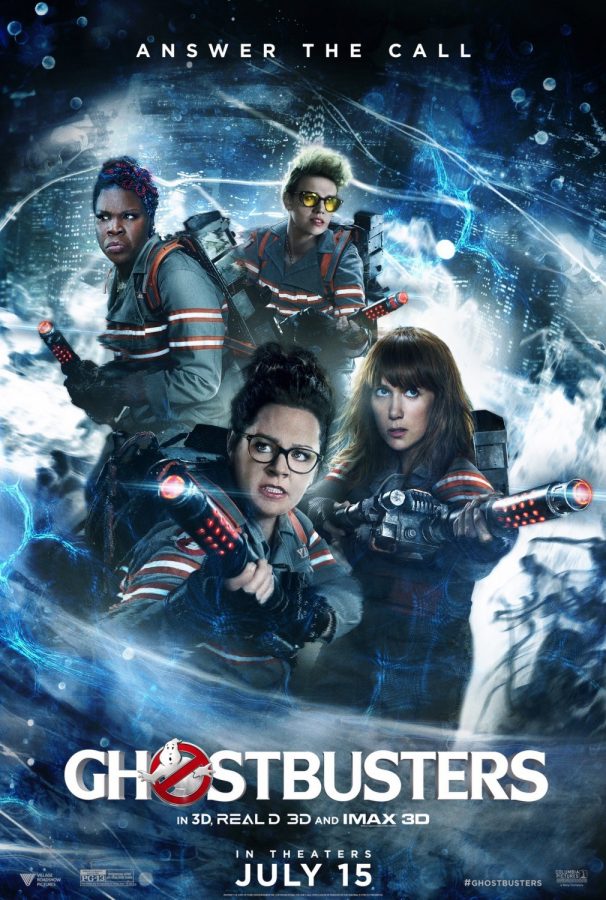 Over the past five years, it’s become glaringly obvious that Hollywood is obsessed with the all-female remake. From the 2016 “Ghostbusters” reboot, which flopped at the box office and garnered negative reviews from critics and audiences alike, to the recently announced “Thor: Love and Thunder” which is set to feature Natalie Portman as the titular superhero, it doesn’t look like the film industry has any plans to stop casting women in traditionally male roles.

The branding that goes along with these all-female reboots often centers around feminist themes. Posters for “Ocean’s 8” show the leading actresses lined up, dressed in all black, with their shadows stretched out in front of them menacingly. They’re powerful and a little intimidating, but still sexy enough to strut around in four-inch heels. When considered on its own, “Ocean’s 8” isn’t a bad movie — it’s entertaining, charming and benefits from the undeniable talent of Sarah Paulson, Awkwafina and others. That being said, it’s impossible not to compare a reboot with the original.  In this case, the “original” is the early 2000s classic “Ocean’s 11,” which itself is a reboot of a 1960s film of the same name. It’s easy to see the reasoning behind the 2001 reboot — after all, 1960s movies don’t typically appeal to modern audiences, but remaking essentially the same movie a third time less than twenty years later is harder to justify. Why not write an all-female heist movie without any connection to “Ocean’s 11?” The answer lies in Hollywood’s inconsistent stance on women’s representation.

The most successful, culturally significant and artistically intriguing female-led movies and TV shows have been originals, not remakes. The 1990s, in particular, were somewhat of a golden age for female protagonists. “Buffy the Vampire Slayer,” “Daria,” “My So-Called Life” and “Sabrina the Teenage Witch” all featured protagonists whose femininity, traditional and nontraditional, was a central part of their character without defining their entire personality. Those shows enjoyed success among male and female audiences because their appeal was centered on the original concept and plot, not the gender of the main character. In the same vein, 1979’s “Alien” introduced Ripley (Sigourney Weaver) as a character in an action movie who just happened to be a woman, but whose actions and traits were not at all informed by her gender. Whether Ripley was male or female didn’t matter in terms of her narrative, and Alien would have been just as great either way, proving that casting women in lead action roles doesn’t compromise the relatability or success of such movies.

Despite decades of apparent progress, the last few years have seen a sharp decline in female protagonists in film over all, with the New York Times reporting that that number dropped five percent from 2017 to 2018. With statistics like that, it seems odd that Hollywood would start branding itself as forward-thinking and feminist, but that’s exactly the goal that the all-female remakes of recent years were trying to achieve.

All-female remakes allow the entertainment industry to say, “See, we make tons of movies about women,” without having to take any real risks on original movies with female protagonists. Essentially, Hollywood has more faith in the selling power of nostalgia and franchise loyalty than it does in accurate, varied representations of women. This could be attributed to the fact that only eight percent of film directors and 16 percent of writers are female as of 2018. With so few women working behind the scenes, it’s difficult not to wonder if an increase in female directors or writers would result in more original content.

At first glance, a female recasting of an old favorite can seem empowering, like we’re correcting the mistakes of the past by writing over them. However, such remakes often feel like the writers hastily pasted generic female characters over what was written to be a man’s story. Lazy writing aside, an all-female cast doesn’t automatically make a film empowering or relatable.

If there was real concern in Hollywood about women’s representation, studios would be willing to take risks and pick up original films instead of taking the easy route and banking on the inevitable success of reboots. Unfortunately, because of that predicted success, it’s unlikely that studios will pull the plug on all-female remakes any time soon — that is, if we as audiences choose to continue supporting them.