What is the best study music to listen to?

How music can enhance and improve study sessions 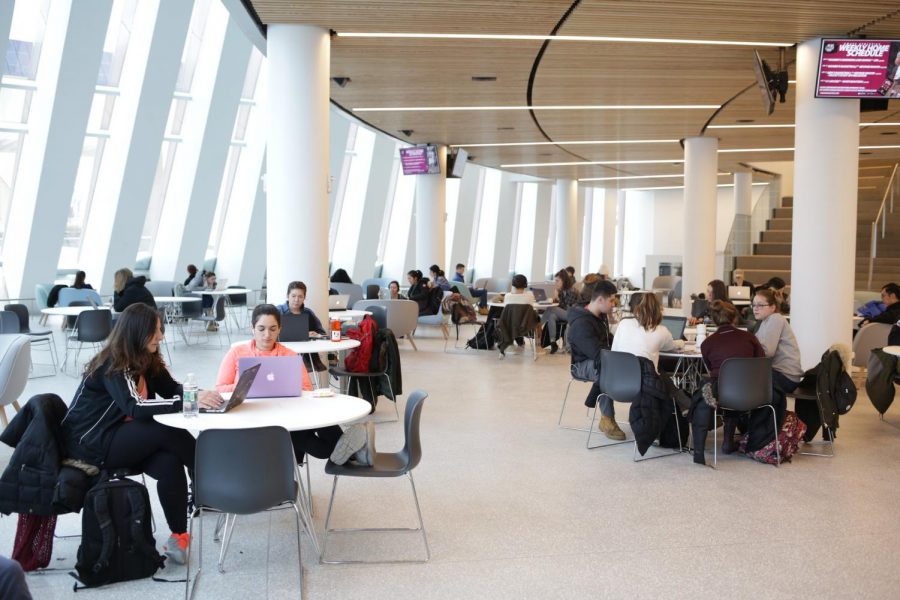 Everyone has their favorite spots to study around campus: the library, ILC, South College, the new Isenberg hub or even Blue Wall. While these spots have substantial upsides,  such as plenty of tables to spread out work and copious amounts of outlets for constantly dying devices, they also come with heavy foot traffic and activity in general which can result in a lot of distracting background noise. In most instances of a plethora of distractions, like conversations and commotion, many people grab their headphones, turn up their music and get to studying. However, what kind of music will make study sessions the most productive, if any music at all?

Research on listening to music while studying have shown that it has various benefits including relaxing the mind, increasing concentration, lessening distractions and improving focus or performance in high pressure academic situations, such as midterms, projects or finals. Unfortunately, there isn’t one specific genre that will directly contribute or result in a better academic standing; picking what music to study to is entirely centered around each individual and, most of the time, depends on personal music taste and preference. When it comes down to deciding the best kind of music to listen to while studying, often the result will be what the student is familiar with or, frankly, enjoys.

With a large majority of music containing lyrics, these can often be distracting during studying. When consuming or attempting to memorize academic information for an exam, lyrics in the music that students are listening to while studying run the risk of clashing with the intake of academic data. This does not necessarily mean you have to resort to listening to a genre like classical music, there are bands that have instrumental covers to many current favorite pop songs resulting in a familiar tune that is enjoyable but contains zero distracting lyrics.

Although there is plenty of research that shows that choosing music to study to is a highly preferential act and doesn’t often impact any particular subject, there is evidence that supports listening to classical music to induces the Mozart Effect, which specifically targets math and logical reasoning material. Studies have shown that listening to classical music enhances the brain’s spatial temporal reasoning abilities. Enhancement of these skills, or the Mozart Effect, makes it easier to think though long, abstract and logical problems in order to figure out their solutions.

While specific genres of music may not illicit any massive changing in studying, volume does. Drowning out background noise with a moderate level of enjoyable music can enhance performance and concentration, but if the music becomes too loud, it can result in more harm than good. A tactic to utilize to judge the volume of the music would be to keep it at a level that’s loud enough to hear and discern in a public setting but low enough that when sitting in public with a friend, it is possible to carry a conversation without yelling.

Studying to music, although easy to resort to, isn’t for everyone. If you find yourself still distracted by other people, background noise or general activity, the simple act of putting headphones in without putting on any music could be enough to establishing a studying mindset. Pretending to block out extraneous noise exuding from other people not only acts as a signal to the brain that it’s time to focus and study but it also establishes an academic and productive atmosphere around oneself that will detract from others attempting to interact. If you can’t study to music and are still distracted by background noise, it is possible to create white noise with a controllable volume. Spotify, YouTube and other streaming platforms have playlists or videos that emulate nature sounds or coffee shop noises that serve as good, low-key, controllable distractions.

There’s no one song or type of music that’s will result in better grades or scores on a test, however, there are certain tips and tricks to studying to music that can give you a leg up. Choose enjoyable music that is conducive to studying, keep it at a moderate volume and allow for the background noise to dissipate; hopefully resulting in better grades on midterms or finals.

Emma Ryan can be reached at [email protected]