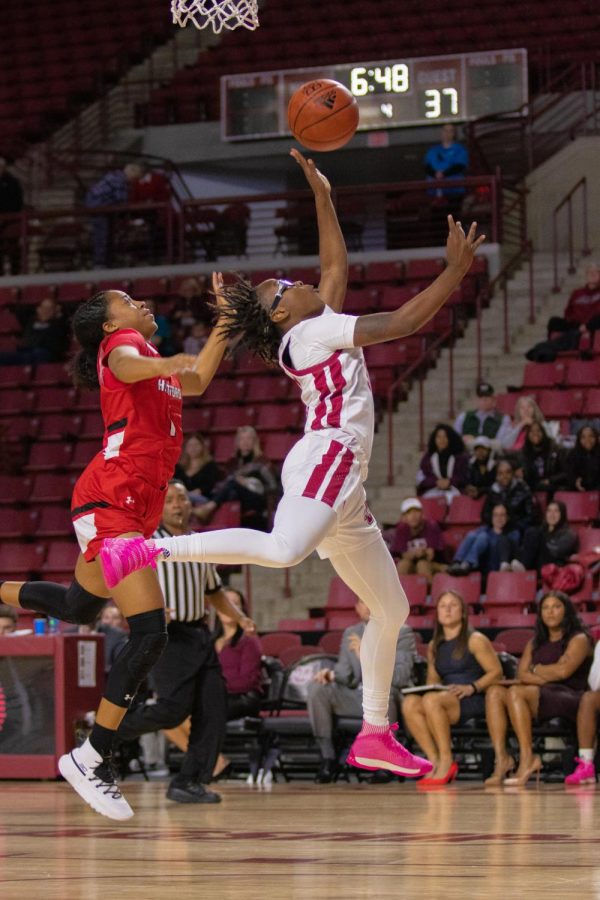 The Massachusetts women’s basketball team comes into Thursday night’s game against Brown looking at a pretty even matchup on paper, except for one advantage in the Bears’ favor: height.

Brown (2-2) has a roster with nine players listed at six feet or taller. The Minutewomen (2-2) have two in their rotation, center Maeve Donnelly and forward Angelique Ngalakulondi.

Senior point guard Vashnie Perry stands at 5-feet 6-inches, but she doesn’t think the differences in height will have much of an impact on the outcome of Thursday’s contest.

“I just feel like, yeah, okay, they have height over us but at the end of the day, we play harder, we play tougher, we have more heart,” Perry said. “So therefore, height is never a disadvantage for us.”

The Bears are led by senior guard Justine Gaziano, Brown’s leading scorer and rebounder, who stands at six feet tall. If she plays point guard or shooting guard, she will be at least five inches taller than the player guarding her, whether that’s Perry, 5-foot 7-inch Destiny Philoxy or 5-foot 6-inch Bre Hampton-Bey.

Perry has experience guarding much bigger players in the past and knows how she’ll attack Gaziano or any of the lengthy Brown Bears she may be assigned to.

“You just have to play smart,” she said, “and you can’t overwork yourself. Once you do that, you take yourself out of the play. Therefore, you just have to be as smart as possible, be in the right spot at the right time and just do all the right things and you’ll be alright.”

Despite the differences in height, the Minutewomen are not preparing for their Ivy league opponents any differently then they normally would, sticking to what they do as a team.

If Brown’s size does become a factor, UMass can rely on their two freshman rim protectors, Donnelly and Ngalakulondi. Ngalakulondi is coming off her best rebounding game to date, securing 12 boards in UMass’ victory over Hartford on Sunday. She plays the most minutes of any Minutewomen coming off the bench and she knows how important she could be for a victory on Thursday night.

“It’s definitely a game where I have to step up again,” Ngalakulondi said. “It’s going to be physical down there, so I have to be strong and play defense and not let them catch the ball.”

Her fellow paint protector Donnelly should help with the physicality of the game. She is usually the tallest player on the court at 6-feet 5-inches, and the game against Brown will be no different.

“It’s going to be huge,” Verdi said of Donnelly’s impact on their next game. “She blocks a lot of shots, she alters a lot of shots, and that’s a statistic that’s not written down. She alters a ton. It’s a thing where a player thinks they have a drive to the basket and all of a sudden they have six five sitting there and all of a sudden they blow the layup because they think she’s going to block their shot.”

Donnelly leads the team with nine blocks and Ngalakulondi is second with five. They will look to add to that total and push UMass above .500 for the first time this season.