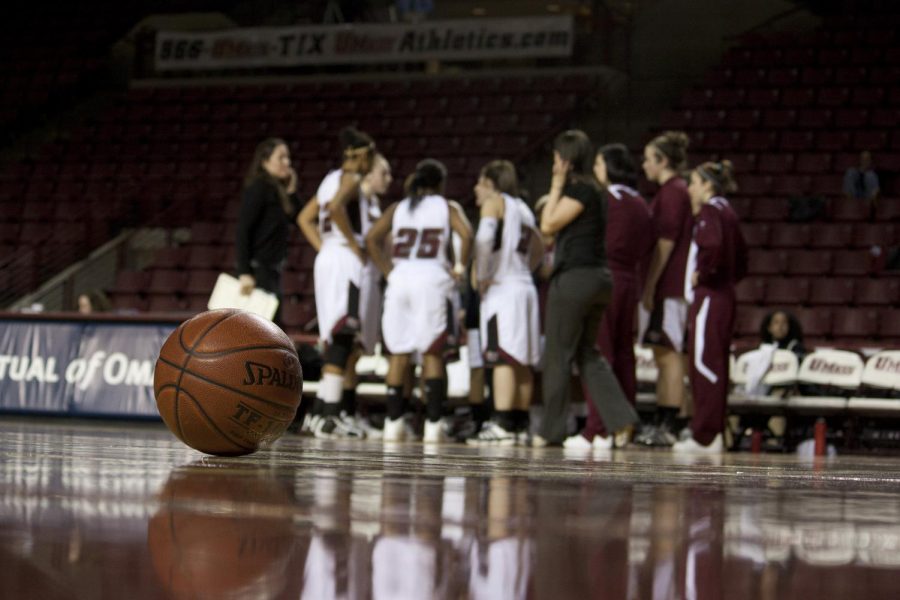 After a four-year struggle with the Student Government Association, a group of University of Massachusetts students have finally gotten what they wanted: an official women’s basketball club.

Teams in an intramural league — which the University has offered for years — play against students at their own school, while a club team travels to other schools and plays their club teams. The women on one team were tired of playing intramural, being more experienced than many of the teams they faced.

“It is definitely worth the struggle and efforts to be at this point in time,” said senior accounting major Emily Pettigrew, the club’s president for the past two years. “My entire team put a ton of energy into this process and the best reward is our acceptance.”

The difficulties that the club went through highlight a larger issue that many registered student organizations face: meeting the criteria necessary to become approved through a long and tedious process. The women’s club was consistently denied by the SGA for small errors in their constitution, which must be 15 pages and follow strict guidelines.

“This year, we got denied because we didn’t write the word ‘signature’ before ‘responsibility,’” said junior public health sciences major Jaclyn “Jackie” Raguso in April after the club’s third year of rejection. She has been playing intramural since her freshman year.

“[The guidelines] just said write about the people that have signature responsibility, so we wrote about them. We didn’t write the exact word,” she said.

This level of detail is necessary and common throughout the entire registration process, according to Yashika Issrani, the chair of the Undergraduate Registry Oversight Committee in the SGA and junior English and psychology major.

The need for a separate organization with higher competition was obvious to the players. Each have played on varsity teams, travel teams or, in the case of one player, the University’s own team.

“We love basketball. We play intramural basketball and we win every game,” Raguso said. “It’s not fun because we play at a higher level.”

“It sucks even more for the seniors who won’t be able to play basketball,” senior psychology major Sophie O’Brien said in April. “We’re majority seniors — they’ve been fighting since their freshman year.”

Pettigrew, the president, is in the final semester of her undergraduate academic career. In the spring and summer, she will be a graduate student.

“It’s extremely frustrating dealing with this new RSO application process because I’ve been working on it for two years, trying to get approved and now I won’t have the chance to play,” she said prior to the approval. “I’m happy because, upon approval, I hope to leave it behind as my legacy here at UMass.”

The process that the women’s club team has had to navigate includes applying to become an RSO, appealing when denied and meeting with the SGA senate. Other organizations that appealed were also at the appeal meeting last semester.

“They told us to get there at 7 p.m. and present at 7:30 p.m. We sat there in the meeting for three hours and presented at 10 p.m.,” Raguso said. Other RSOs at the meeting were equally as irritated by the meeting, she added.

Out of the 46 groups that applied last year, 41 were denied and 5 were approved, according to Issrani.

“We reviewed each application in accordance with our bylaws and denied groups that did not meet the requirements,” Issrani said.

Although the SGA cut RSO funding by 33 percent last year, the mass denial applications was not associated with budget constraints.

“The SGA loves having new RSOs,” said Amelia Marceau, the chair of the Ways and Means Committee in the SGA and a sophomore journalism and political science major. “It’s a complicated process that I haven’t been a part of, but I know there are a lot of factors that are considered. While money can get tight, it is not the reason any RSO has or will be denied.”

The students also blamed the consistent denial on a lack of help with the process — Raguso said they emailed one of the people in charge of the process, but he didn’t get back to them.

“We wanted help with our application, but there’s no help or resources,” she said.

But Issrani believes the problem is a lack of awareness of the available resources.

“In the past, the Secretary of Registry has met individually with groups to assist groups with the RSO application,” Issrani said. “My committee, the Undergraduate Registry Oversight Committee, was recently formed and is focused on being a resource for RSOs.”

For the committee’s first project, they worked with the Secretary of Registry who held sessions with RSOs to meet one-on-one, Issrani added. The groups were able to ask any outstanding questions about the process.

“We met with approximately 40 groups this year and received about 60 applications,” she said. “So, I personally think the issue is the outreach. We have resources that groups can reach out to, but they might just not know about it. This is something that we need to work on in the future.”

Issrani added that she would like to hear feedback from the groups this year on how to improve the process and what could be fixed going forward.

Anyone interested in joining the women’s basketball club can email [email protected] for more information.