“Within queer and trans communities, we talked about HIV/AIDS, but it felt like that was the only place this conversation was really happening.” 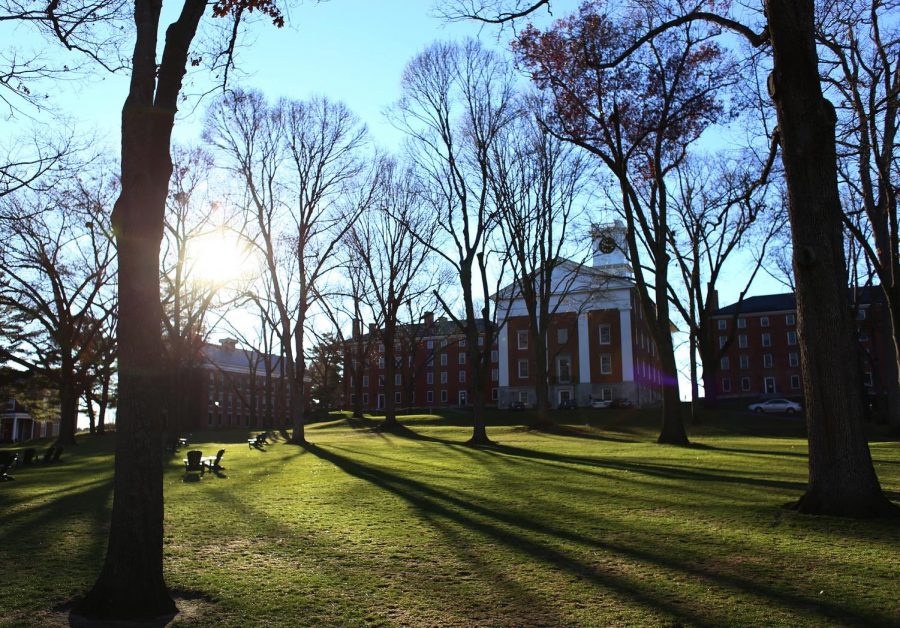 In recognition of World AIDS Day, a reception was held at Amherst College on Thursday to acknowledge the ongoing battle and struggle of those with HIV/AIDS.

The reception, hosted by the Queer Resource Center Team and Health Education team, was the concluding event in a semester-long series celebrating “50 Years of Stonewall”, looking at the amount of time since the Stonewall Riots. Visiting professor Jallicia A. Jolly spoke on the current realities of HIV/AIDS today, focusing on the exclusion of queer black women, as well as other individuals of color, from the standard conversations circulating the issue.

According to Jolly, HIV/AIDS is an “epidemic of the intersection of inequalities,” which includes homelessness and poverty. Jolly wrapped up her talk by describing the damage that she believes President Donald Trump has done during his time in office, such as cutting funding for HIV preventative programs and banning words from being used by the Centers for Disease Control and Prevention (CDC).

Jolly’s talk resonated amongst those at the reception, such as Lauren Kelly, a Sexual Respect Educator at Amherst College. In regard to Jolly’s talk, Kelly said, “When looking at it from a social inequity standpoint, I think [Jolly] really conveyed the scope of all the issues we still have to face when facing issues with HIV/AIDS in our current world and current communities.”

Nayah Mullings, the director of the Women and Gender Center at Amherst College, grew up in Tanzania, where the culture around HIV/AIDS was very different from the United States.

“As I was there, I learnt so much about HIV, and activism, what was happening in that East African context. . . When I came back to the U.S., I was kind of shocked by how little people talked about it,” Mullings said. Within queer and trans communities, we talked about HIV/AIDS, but it felt like that was the only place this conversation was really happening.”

Having had a family member die from AIDS, Kelly said that “there has always been a connection in the back of her head with this issue.” She explained that awareness of the disease allows her to realize how prevalent it is within society today.

The director of the Queer Resource Center, Jxhn Martin, believes World AIDS Day is especially necessary in today’s climate, where queer folk of color are often left out of the narrative. They said, “The early epidemic decimated a generation or queer folk, even though it gets talked about as a white cis[gender] man’s thing.”

The walls of the Keefe Campus Center Atrium, in which the reception was held, were donned with multiple colorful quilts, each patch holding a different message. The “Five College Beyond the Names Project Quilt” was started in 1992 in response to the AIDS epidemic that impacted the U.S. immensely. Over 1,000 students contributed to the effort, and many of their messages still ring true today.

The Queer Resource Center has recognized World AIDS Day annually for a number of years. According to Martin, their events were “usually discussions, [and] historically, back in the ‘90s, there was a giant dinner that would happen on campus.” The event on Dec. 5 focused on providing students with information regarding HIV/AIDS, preventative materials (such as female and male condoms) and resources on where to receive assistance.

Sara Abdelouahed can be reached at [email protected] and followed on Twitter @Sabdelouahed.