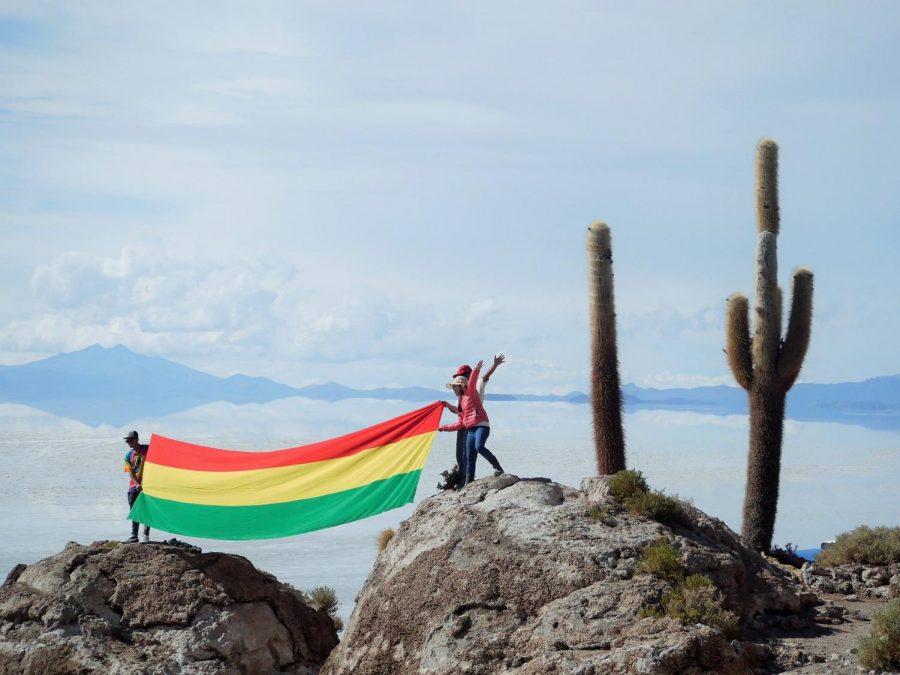 On Oct. 20, the first indigenous president of Bolivia, Evo Morales, won a fourth term in office. Following his win, the Organization of American States decried the elections as fraudulent. OAS is a Washington D.C. based international organization focused on election monitoring. Almost 50 percent of its budget is supplied by the United States. Following this, Bolivia erupted with protests from Morales’ opposition and those who oppose his party, Movement for Socialism.

On Nov. 10, despite Morales’ agreement to hold another election, top members of the Bolivian military, including some that had been trained at the US-based School of the Americas, publicly asked Morales to resign in a coup d’etat. Since the coup, supporters of Morales have clashed with police and the opposition. Morales has accepted asylum in Mexico. He has since been barred from participating in new elections and accused of election crimes.

Following Morales’ exile, far-right figure Luis Fernando Camacho entered Morales’ residence, knelt and placed a Bible over the indigenous flag, saying, “Pachamama will never return to the Palace. Bolivia is for Christ.” Pachamama is an earth goddess revered by the indigenous people of the Andes. On Nov. 12, Jeanine Áñez, an opposition senator, declared herself President of Bolivia. Although she promised only to call for and run new elections, Áñez has replaced top cabinet members, military leaders and heads of state-owned companies.

While Morales’ decision to run for a fourth term is debatable, it is clear that there was a coup against a democratically elected president. The opposition has demonstrated that their priorities do not align with “restoring democracy,” but with returning power to the Bolivian oligarchy and returning indigenous Bolivians to second-class citizenship.

The opposition justified the coup by questioning the vote count’s validity. During Bolivian elections there is an official count, run by the Tribunal Supremo Electoral, and an unofficial count known as the Transmisión de Resultados Electorales Preliminares. The TREP was stopped at 84 percent, consistent with pre-election promises to release the quick count after at least 80 percent of the ballots had been counted. At the time, Morales was only up by eight points, seemingly not enough for him to reach the 10 points needed to win outright.

When the official count was released, Morales had the votes required. The OAS then released a statement, claiming that “the TSE presented data with an inexplicable change” from the results of the quick count. However, no evidence was provided for this statement, which was later counteracted by a report from the American Center for Economic and Policy Research which points out that most of Morales’ support comes from rural areas which are typically counted last. The official vote count shows his win at 36 to 47 percent.

As President, Morales made great strides to reduce economic inequality and to represent the interests of indigenous Bolivians. Under his administration, Bolivian poverty dropped from 35 to 60 percent with social programs that expanded electricity, built housing for the poor, gave senior citizens pensions and fought child malnutrition. Bolivia boasted the lowest unemployment rate in South America at four percent, with minimum wages almost five times higher than before Morales’ presidency.

In 2006, Morales nationalized the nation’s vast natural gas reserves, allowing Bolivians to control their natural resources instead of companies that pocketed 85 percent of the profits. Morales’ government secured 80-90 percent of profits following nationalization, and had plans to extend this policy to lithium. They cancelled a deal just days before the coup that would have placed 50-70 percent of the world’s lithium in the hands of private companies.

Morales’ policies asserted the dignity and self-determination of the Bolivian people, and his efforts to nationalize Bolivian natural lithium posed a clear threat to the business interests of the United States. The CIA has previously worked against leftist movements in South America, such as the coups against Salvador Allende and João Goulart, two democratically elected leftists.

The United States has shown enthusiastic support to brutal dictators who uphold the status quo and allow private companies to exploit their natural resources, backing criminals like Manuel Noriega and Augusto Pinochet. History has shown interests of capital to dictate American foreign policy in Latin America, and the coup against Evo Morales is the newest chapter in this history.

The values and policies that Morales fought for counteracted the interests of American businesses, which is effectively a death sentence for Latin American leaders. Ultimately, the United States supports anyone who protects American capital, regardless of morals or human rights. Americans must acknowledge what our government has and continues to do abroad to preserve capitalism, and accordingly must reject the Bolivian coup.