Lowry’s removal was uncalled for 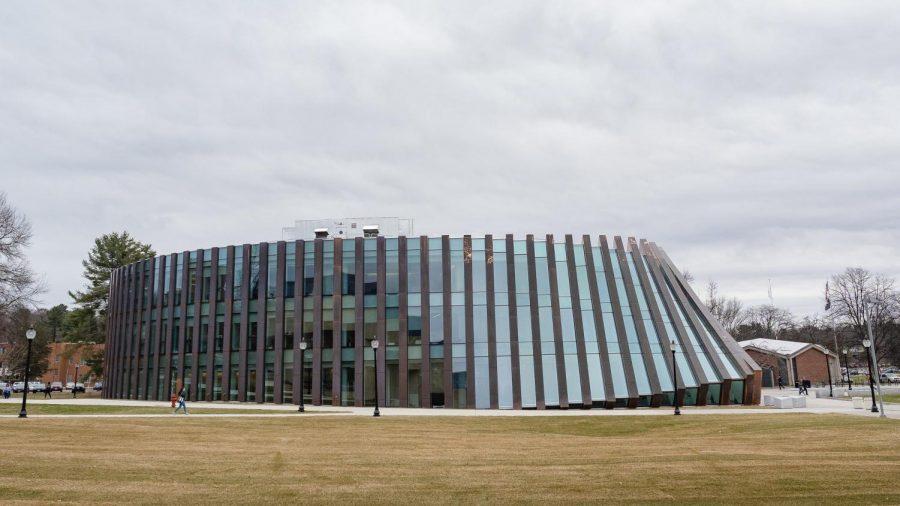 Just before Thanksgiving, one of my professors was removed from her post for the remainder of the semester. Professor Catherine Lowry, who teaches Accounting 221 at the University of Massachusetts, was a casualty of an overzealous freshman dean who capitalized on her newfound power and caved into an overly sensitive crowd to enact a perverse version of justice against a beloved figure in the world of the Isenberg School of Management.

While I disagree with Lowry’s removal, it was certainly not without cause. As stated in the Daily Collegian news story on this subject, Lowry was removed for showing two extra-credit videos that were deemed offensive by some students.

The first video was called “Bust Down Cat Lowry,” a parody of the song “Bust Down Thotiana” by the rapper Blueface done by students who took the class last year. While many students, including myself, found this video to be innocuous and funny, the derogatory nature of the phrase “Bust Down” caused at least one viewer to complain to Lowry and the new dean of Isenberg, Anne Massey, that the song made them feel uncomfortable.

The second video that Lowry showed our class was a parody of a scene from the movie “Downfall,” in which Adolph Hitler chews out his generals over a lost battle. In the parody, Hitler is dubbed over with English subtitles and his dialogue is replaced with accounting terms. Thus, the video features Hitler yelling at his generals about failing an accounting test.

One line in the video was singled out as offensive. Hitler tells one of his subordinates that he would “send [him] to a chamber…and it won’t be the Chamber of Commerce.” This is obviously evocative of Nazi death camps, which is rightly taboo to joke about. The rest of the video, however, was absolutely benign.

This is not how Dean Massey reacted to it. On the first day after Lowry was removed from teaching, the dean addressed our class regarding the nature of Lowry’s dismissal. She told us she watched both videos and found nothing funny about either of them. Massey said that both videos stand in direct opposition to the core values of diversity and inclusion at Isenberg. This, she told us, is why Isenberg saw fit to remove one of its most beloved professors at the behest of a tiny fraction of Lowry’s students.

As evidenced by the laughter from students when the videos were shown, students generally found the videos to be funny. The humor of the Hitler video rests in the absurdity of the scene. Hitler, history’s worst human, is yelling at the top of his lungs about…failing an accounting test.

Lowry was clearly not intending to offend anyone with the videos she showed us. She revealed that she did not understand at the time why the phrase “Bust Down” is derogatory toward women – and, since the Hitler video was made a decade ago and Lowry has undoubtedly shown it ever since it came out, she clearly assumed that no one would take offense to it. Professor Lowry teaches a 400-person section of this every semester. Since fall 2009 (which is when the Hitler video was made), she has likely taught close to 10,000 students, and none of them have been so offended that Lowry was removed from her teaching position before this.

Clearly, Dean Massey went overboard when removing a video that has added some much-needed levity to a course that is often plagued by mindless number-crunching and arcane accounting rules for literally thousands of students. Dean Massey is in her first year as the dean of Isenberg and this looks to be an attempt to cement her role as chief discipline officer of the school. She overstepped her bounds, which may to lead to students and faculty taking her less seriously.

I’m not sure which aspect of this is worse: the fact that only a few students out of thousands were able to get UMass authorities to effectively censure one of its best professors, or that the new dean is more focused on the sensitivities of one accounting class rather than the multitude of other responsibilities that come with running a world-class business school. Either way, this does not bode well for the future of college professors or Dean Massey’s tenure here at Isenberg. I am one of many students who felt blindsided by Dean Massey’s authoritative grasp, and who has lost whatever respect I may have had for her in the first place. I am deeply ashamed of my school and especially of my dean. I only hope that Lowry is able to return to spreading the joy she has been known for throughout her tenure at UMass.