It’s not worth it 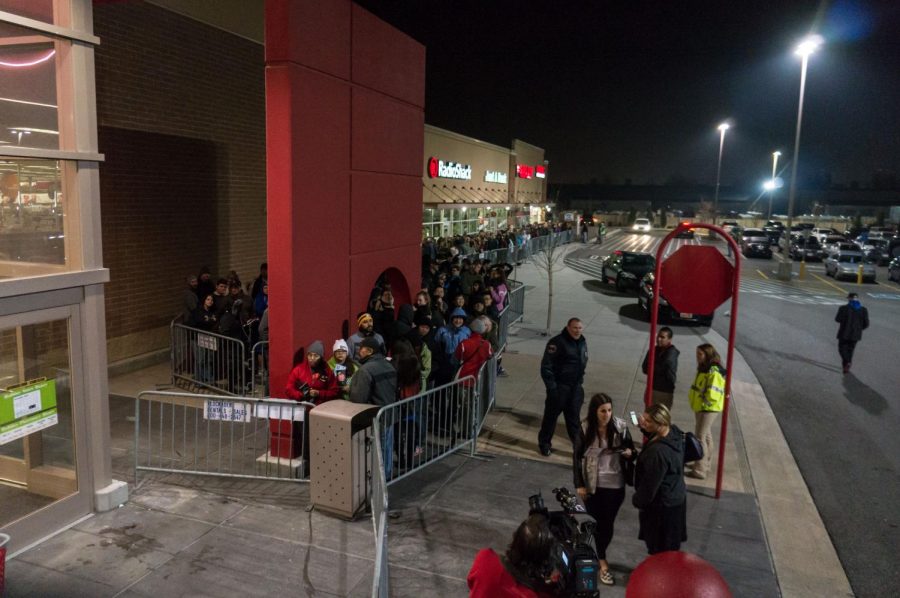 Sales starting at 1 a.m. the morning after Thanksgiving. Hundreds of people storming the mall searching for the best deals. Crazy doorbusters that draw huge flocks of people out of their homes on Thanksgiving night. These are all images that come to mind when I think of “Black Friday”.

I’ve been going Black Friday shopping with a group of family friends for the past four years. I’ve never experienced the midnight crowds myself, since I’ve only ever gone during the day on Friday, but I’ve always imagined the craziness of the mall when doors first open. In past years, though, I’ve noticed the malls and stores becoming less and less crowded with consumers eager to get the best deals of the season. Why? Fewer people are shopping on Black Friday because the deals are beginning earlier and earlier each year.

Just as it is inevitable to hear holiday music playing in stores all through November, well before Thanksgiving Day, it now seems that it is just as common to see stores and businesses offering Black Friday deals throughout the whole week prior to the traditional Black Friday, the day after Thanksgiving. The same goes for “Cyber Monday”. I saw promotions and deals online for Cyber Monday the whole week before.

Historically, the day known as Black Friday had real economic meaning. It was the day of a large stock market crash in 1869, which was the beginning of the dark, or “black”, days. The retail industry promotes a much less grim idea behind the name Black Friday. It is the beginning of when business profits go from red to black, as a sign of the beginning holiday season. Now Black Friday has lost all meaning. It is not even a single day anymore, but rather it encompasses and symbolizes the beginning of an entire season of consumer spending. I would urge consumers not to waste their time supporting Black Friday and buying into the idea that there is only one day out of the year where stores will be offering large sales.

With Black Friday sales starting earlier and earlier, consumers looking for sales should skip the rush of going out to stores and simply shop online or visit stores the week earlier when they are less crowded. Although I still enjoy physically visiting stores on Black Friday simply for tradition’s sake, I have noticed the decline in shoppers, most likely those who have found alternative ways to take advantage of Black Friday sales. Additionally, sales offered for Black Friday and Cyber Monday are not even the best sales offered during the holiday season. It might seem like the deals directly after Thanksgiving provide once-a-year discounts, but shopping closer to Christmas, and especially after the holiday season overall, can lead to greater savings.

Additionally, the holiday season should not center around giving and receiving. Black Friday deals occurring earlier into November every year urges consumers to shop earlier and emphasizes the idea of the holiday season being about spending money and buying gifts, rather than about family, friends and spending quality time with them.

Many people are forced to work at their retail jobs on Black Friday as well as in the late hours of Thanksgiving Day. Some stores are even open on Thanksgiving to begin their Black Friday deals. The idea of Black Friday seems to negate every value that Thanksgiving and the holiday season is supposed to emphasize: gratitude, unity and family traditions.

So next year, I encourage consumers to skip the long lines, torturous traffic and unnecessary hustle and bustle of Black Friday. If you’re looking for a good deal, shop earlier in the week to redeem the same savings with more convenience, or even take advantage of the end of season sales this year in preparation of next year. Black Friday may have once had true meaning and offered high quality discounts, but now it is simply a consumer ploy to get shoppers excited about the holiday season and spending money.