‘The Morning Show’ is a direct nod to the #MeToo movement

Aniston and Witherspoon reunite in the powerful female newsroom drama 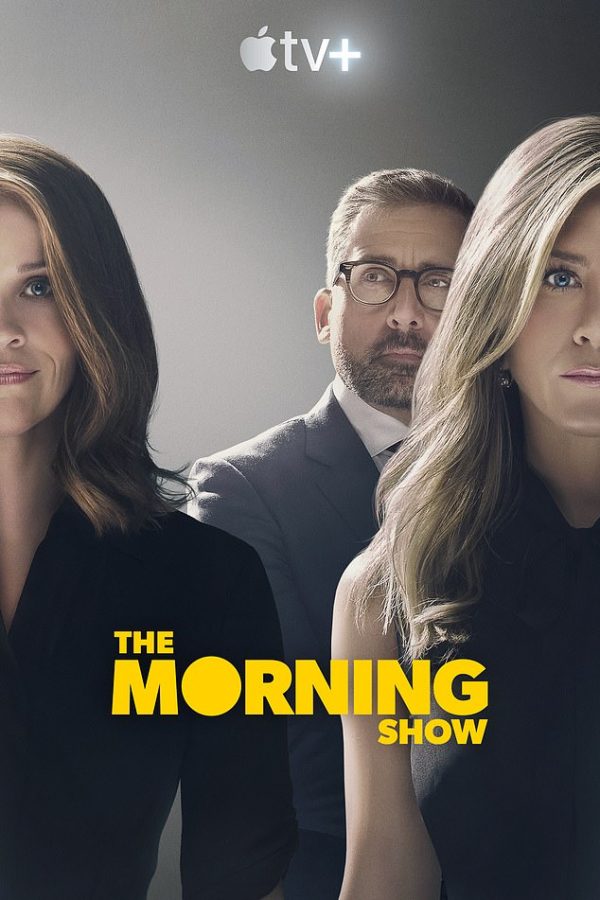 The Apple TV+ original series “The Morning Show” was one of the highly anticipated shows when the streaming service debuted on Nov. 1. The first two episodes are free with the Apple TV app while the rest of the season requires a subscription to the streaming platform. Next to its star-studded cast, the show stands out as it does an exemplary job of breaking down barriers in terms of accurately portraying the types of controversy that women all too often have to deal with regardless of their position in their careers.

The show’s premise is centralized around a cultural bombshell in which one of the co-anchors of “The Morning Show,  Mitch Kessler (Steve Carell), is accused of sexual assault after an article detailing his affairs is leaked. The chaos that immediately ensues envelopes not only Kessler’s career, but that of his co-anchor and TV wife, Alex Levy (Jennifer Aniston). Levy, while being the face of morning television, is now in danger of getting the spotlight taken away from her and is spiraling behind the scenes as she grapples with the news of Kessler’s scandal.

Meanwhile, small-town Indiana reporter Bradley Jackson (Reese Witherspoon), goes viral on social media for having a meltdown off-the-air while covering a coal mine protest, only to get fired by her job and subsequently capture the interest of producers at “The Morning Show.”

Being familiar with Aniston and Witherspoon’s work, one can assume that the plot largely revolves around powerhouse women being in the public eye and forced to paste a smile on their face no matter the turmoil going on around them. However, the storyline does more than scratch the surface on these two women who and exposes the characters on multiple levels, including their vulnerabilities and flaws. The heart of the show consists of these two women, each power-houses in their own right, as they struggle to assert any type of power in the patriarchal industry of broadcast journalism.

The first episode sets the scene by juxtaposing the anchor female leads, not just because of their job experience but by how they respond to adversity. Jackson does not shy away from making her opinions known and is someone who takes immense pride in being honest with her work. She expresses open disapproval at how the journalism industry is moving away from the hard-hitting news to deliver stories that the masses will find more appealing. While Levy takes on a more stoic approach, using everything within her leverage to safeguard her job and rarely lets her demeanor down.

After the allegations against Kessler are made, Levy becomes painfully aware of the fact that her job is in jeopardy and when negotiating with the male executives, she makes a bold move in an attempt to regain power at the show’s yearly gala. While accepting an award for her journalistic career, she makes the announcement of Jackson being her new co-host much to everyone’s surprise, including Jackson’s. In spite of their differences, the two women band together to save each other’s careers.

Coincidentally, “The Morning Show” marks the 20 year anniversary since Aniston and Witherspoon worked together on the hit sitcom “Friends.” In an interview with “Good Morning America,” the two actresses explain how this project felt like the authentic time to reunite. Aniston and Witherspoon are also both executive producers on the show and explain how similar they are to their characters. After decades of being in their careers, they finally feel as though they’re gaining authority in the field now more than ever.

Six episodes of the show are available on Apple TV, and a new one is released each Friday.