Minutemen and Minutewomen show a promising performance at BU. 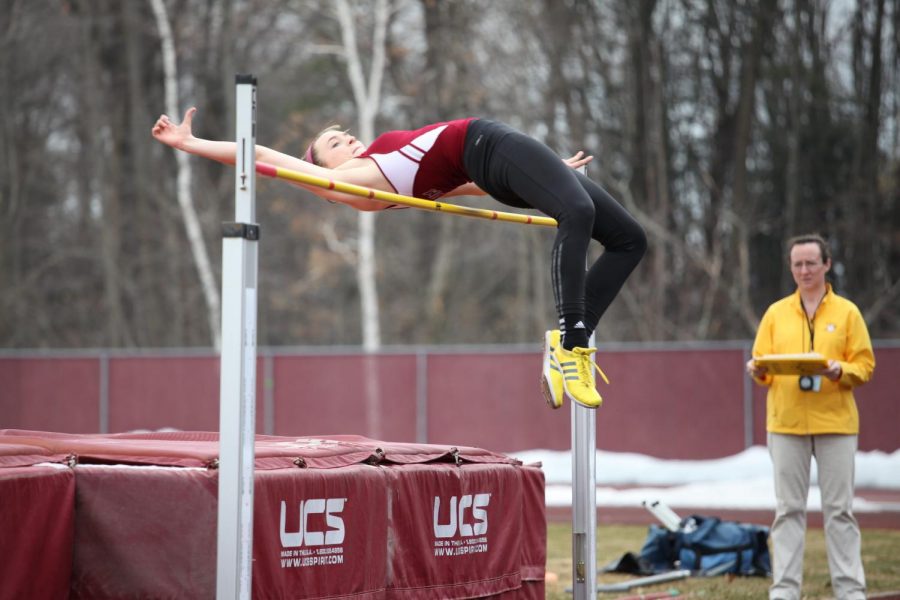 The Minutemen and Minutewomen showed a steady presence at Boston University’s John Thomas Terrier Classic on Jan. 24 and 25.

The highlight of the women’s event was Jada Harris, setting a new UMass record for the 60-meter hurdles at 8.38 seconds. The senior also tied her personal best, the second-best mark in school history, on a 1.75-meter high jump.

UMass 500-meter record holder Emilie Cowan came in first in the race with a time of 1:12.62. Racing neck and neck with Reanda Richards, last year’s Big 10 400-meter hurdles champion, Cowan managed to stay ahead by only two tenths of a second. Despite not beating on her ‘17 record, this showing was Cowan’s best performance so far in the 2019-20 season.

The men’s event saw junior Coston O’Brien reach 18.62 meters for the weight throw, second only to Dick Ward’s 18.83m throw in 1963. That throw was more than half a meter beyond his previous personal best of 17.36, which he achieved just two weeks earlier at the Beantown Challenge.

Behind these clear standout performances, however, lie a smattering of smaller victories.

“We had other personal records set,” said women’s coach Julie LaFreniere “From a couple of the freshmen and some other athletes. For [the athletes] at this point in the season, with five weeks to go before the Atlantic 10 Championship, to hit their personal bests […] says a lot about where we are at at this point.”

Sophomores Lucas Honohan and Colin Stoddard, and freshman Christopher Matthews all achieved personal bests in the men’s 400-meter race, despite none of them cracking the top 20 in the overall ranking.

Something similar occurred in the women’s 200-meter race, where freshmen Caroline Schissel, Grace Poku, and Alexandra Gonet all achieved personal best times while still falling below 50th. Despite the attention that an outstanding athlete like Harris or Cowan draws, the rest of the roster continues to work hard and commit to their event.

“I like to see that fearlessness,” says LaFreniere, “when they either get on the track or on the runway or in the circle. They’re all committed to performing at their best. […] They might’ve PR’d but they only PR’d by a couple of tenths of a second, so they’re upset. They wanted a bigger personal record, and they’re not satisfied with that. They’re hungry to perform at a higher level.”

Senior Sydney Flanagan exemplified that hunger this weekend. Flanagan’s pole vault of 3.65m places her in fifth not only at the Terrier Classic, but also in the UMass record book. Likewise, sophomore Alexina Hurley set a personal record of 2:51.82 in the 1000-meter race, coming in first in her section by almost five seconds despite only finishing 10th overall at the event.

Unfortunately for the Minutewomen, Sophia Casciano injured her ankle during the pole vault. Casciano marked the second highest vault in UMass history at the Beantown challenge earlier this month, and LaFreniere is cautiously optimistic about her ability to compete next weekend at the New England Championships.

Both the men’s and women’s teams will appear at the New England Championships in Boston, which will mark a month until the Atlantic 10 Championships.