Massachusetts track and field heads back to Boston for Terrier Invitational

It is UMass’ final meet before New England Championships 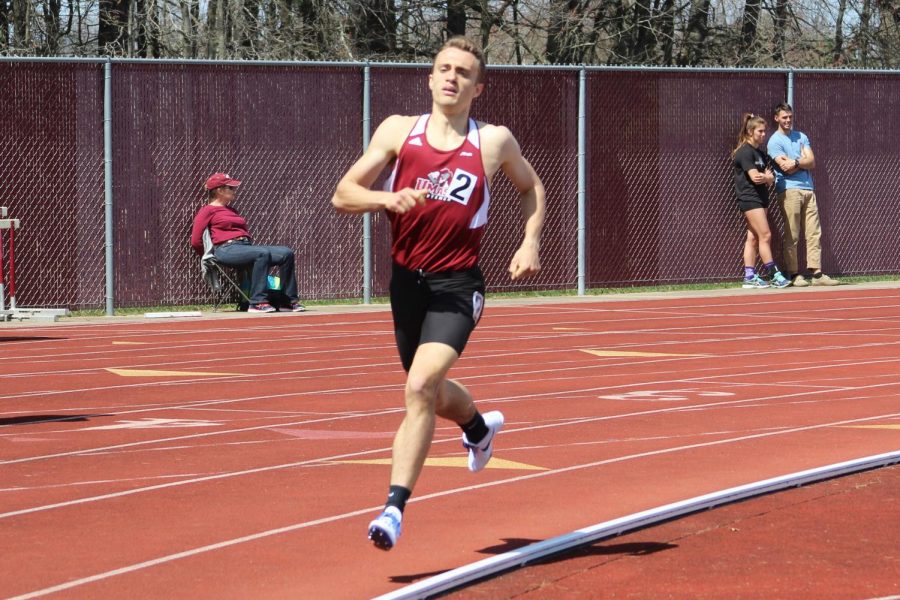 On Friday, the Massachusetts track and field team will compete at the John Thomas Terrier Invitational in Boston, one week ahead of the New England Championship meet.

This is the fourth invitational of the 2019-2020 season for the Minutemen and Minutewomen. They will be facing tough competition from around New England from schools such as Brown, Dartmouth, Colby and Boston College.

So far in 2020, Jada Harris has impressively picked up where she left off from last season: as the Atlantic 10’s best hurdler. She placed second in the 60-meter hurdles and first in the high jump in her last competition.

Harris had already reached the qualifying standard for Division I in the high jump on Jan. 10, and continues to move towards passing her personal best.

The Minutewomen have shown their diversity of talent among their different groups in January, represented by their second and fourth place finishes at early season invitationals. Danielle Notarfrancesco has led the way for the throwers by placing in each of her events – shot put and weight throw – her last two competitions.

Notably, Notarfrancesco secured second in the weight throw and first place in the shot put at the recent Sorlien Invitational in Rhode Island with throws of 14.27 and 16.55 meters. Her teammates Lauren LaDere and Kira Kopec finished second and fourth in the shot put.

On the sprinting side, captain Lindsay Witt has found her stride. The senior ran 25.45 seconds in the 200-meter dash and 56.92 in the 400-meter dash in Rhode Island. She earned first and second place, respectively, in her main events, which she plans to focus on up until the conference meet in February.

Both teams have steadily improved in the middle distance races, such as the mile and 1000-meter races. Erik Engstrom leads the men’s in the mile, most recently earning fifth place with a time of 4:24.04 in the Sorlien Invitational.

“I worked my [distance and middle distance] runners hard at Sorlien to work them out,” coach Julie LaFreniere said, “What we are going to do [at the Terrier meet] is have most of them just run one individual event.”

Sarah Conant, an important piece on that middle distance team, won the mile from behind last weekend. Her official time of 5:07 was adjusted to below 5:05 for Rhode Island’s flat track, which pushed her past the D-I qualifying standards (5:05.4).

Conant runs the 1200-meter portion of an extremely competitive UMass distance medley relay which currently ranks 26th among D-I schools. The team is anchored by Caroline Clark, another star athlete to look out for in the coming meets.

“Caroline Clark, on Friday, will run the mile for us,” LaFreniere said, “She had a great meet in Rhode Island. I expect that if she stays relaxed and is as competitive as she has been all fall in cross country, that she will set a nice personal record for herself. She can easily break 5 minutes in the mile.”

Friday’s invitational in Boston offers another chance for UMass athletes to compete in the distance medley relay. The Minutemen currently have a team of Connor Ross, Javier Donegan, Nicholas Santos and Dawson Bathgate put together, whose best time of this indoor season is 10:27.46.

Santos and Donegan also run the 4×800 meter relay. However, Friday’s meet will consist only of a distance medley and a 4×400 meter relay.

Many of these top performers are seniors leading their respective teams and reaching the peak of their athletic careers at UMass, but there are plenty of younger faces making a name for themselves in 2020. Athletes such as freshman 400-meter runner Christopher Matthew and sophomore 500-meter runner Lucas Honohan both placed top six in their last races.

Lily Robinson and Caroline Williams, two freshmen, qualified for the New England Championship in the 5000-meter earlier this month. Their coach has high expectations for them but aims to try something new with them at the Terrier Invitational.

“I think the future is bright for these two girls,” LaFreniere said, “For them, the longer the better; they excel at running 5000 meters, but will both compete in the 3000 on Friday.”

The Terrier Invitational begins at 1 pm this Friday at Boston University’s track and field facility.