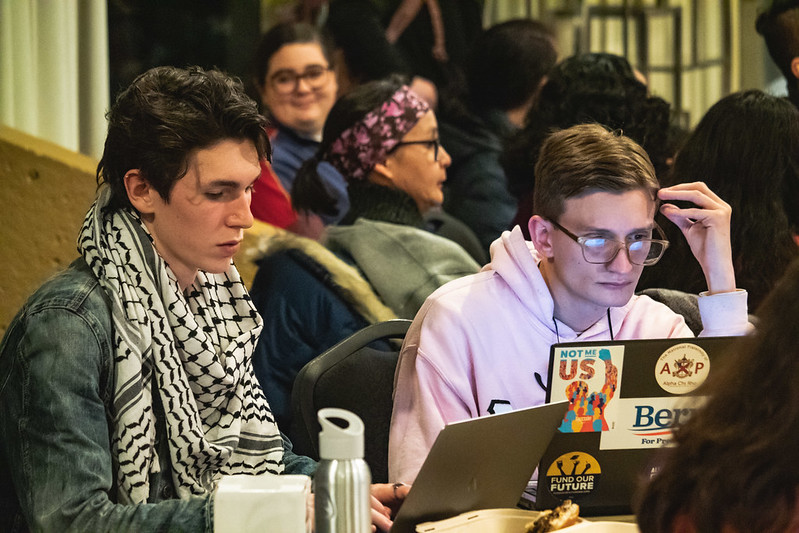 During their Wednesday night meeting, the University of Massachusetts Student Government Association announced that the hearing on President Timothy Sullivan’s recall will take place on Feb. 6., at 6 p.m. There is no set location yet.

This announcement was made in a letter from Senator Jordan McCarthy that was read to the senate, as McCarthy was unable to attend the meeting in person.

At this hearing, the judiciary will hear a statement summarizing the evidence against Sullivan and decide whether or not to remove him from office.

In his letter, McCarthy urged that the whole senate attend the hearing. “It would be best if each of you could make yourselves available during this time to attend the hearing, so please put this date on your personal calendars.”

The Administrative Affairs Subcommittee discussed some potential election bylaw reform with the senate.

One of these areas was chapter 8, section 3 of the bylaws, which stated that the Rules and Ethics Subcommittee should be responsible for dealing with any issues of personal bias within the Election Committee. The senate discussed what procedure the Rules and Ethics Subcommittee should follow in this instance, and how long they should have to make a decision, but the SGA did not come to a consensus.

The SGA also discussed raising the quota for the percentage of votes from the student body that SGA needs to reach for a given election to be ratified. The current requirement is five percent.

“Usually on the first day (of voting), you all always reach five percent,” SGA Advisor Lydia Washington said. “If you were to shift it to 15 or 20 percent…it will get people to vote more versus the five percent.”

The SGA discussed adding a section in chapter 15, of the bylaws, which would outline what happens when a candidate running for either president or vice president decides to drop out of the election.

Another topic discussed was campaign workers: whether they should be allowed, and if the candidate actually benefits from having them. “The way it’s been working is that the candidate is responsible if they hire a campaign worker, and then that worker does something that causes the candidate to run into a violation,” chair of administrative affairs Althea Turley said.

At the end of the meeting, Washington praised the SGA for their work so far on election bylaw reform. “In my 10 years here we have only had election reform done once, so this is really exciting to see,” she said.

The SGA saw a presentation from two student ambassadors from the Inclusive Access Program, who were promoting McGraw-Hill, a service that provides students with online materials for their classes.

Several members of the senate had concerns about the cost implications of the program. “Let’s say a class limits their homework to the McGraw-Hill program . . . if a student is unable to afford that, and complete the homework, then they’re unable to take the class,” Senator Solomon Bennett said.

Editor’s note: This article was updated with the correct date for Sullivan’s hearing.