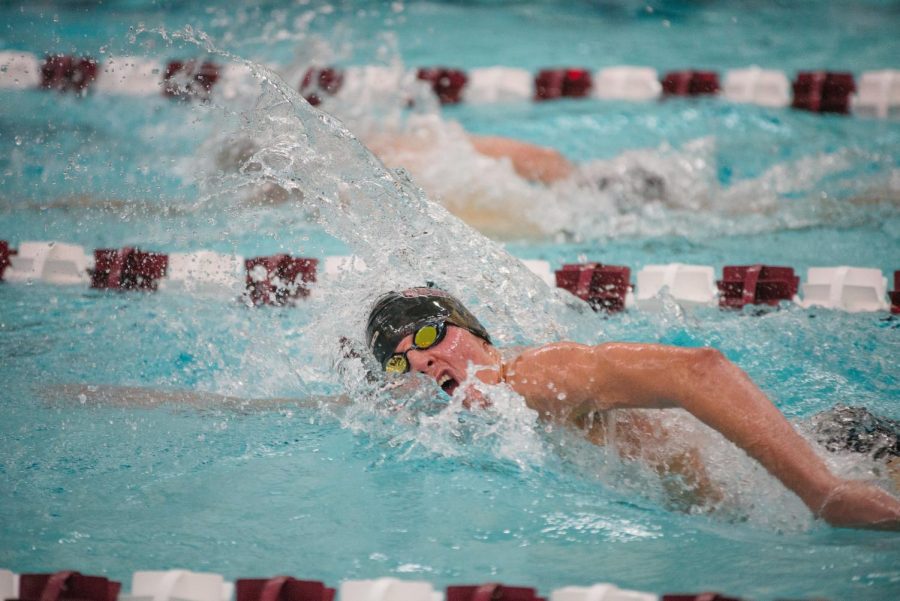 The regular season comes to an end for the Massachusetts swimming and diving teams this weekend, as the men and women both host Fordham for an inter-conference meet Saturday.

The Minutemen (5-1) will have five seniors competing in the final dual meet of their careers. It also marks their final opportunity to compete in their home pool.

“I think it’s a bitter-sweet, but happy moment,” men’s coach Russ Yarworth said. “These five seniors have given 100 percent through four years. It’s a great feeling for me to see them there, and I’m sure for them, coming to an end of their career, because they’ve really put in some time.”

For the Minutewomen (4-3, 0-1 Atlantic 10), six seniors will be faced with the same situation.

“This is a really nice event to honor them,” women’s coach Bob Newcomb said. “Some will get emotional and some will treat it like another meet. I don’t think this group is going to be too emotional, but I’ve been surprised before. Sometimes a little anxiety or emotion gets into their first swim, and then they really get into it.”

Although it isn’t the final career meet for everyone on the team, it’s still the last meet of the regular season and being at home can make the meet mean a little more than a typical one.

“We haven’t swam at home since October, that’s two and a half months since we’ve had a meet here,” Newcomb said. “They’re going to come here and they’re going to be ready to go.”

Although the Minutemen and Minutewomen have the same amount of time before the A-10 Championships commence in mid-February, they will be using their time in different ways.

The men will start tapering their workload, or gradually lessening its intensity, on Wednesday, Yarworth said, because he likes to stick with the approach that has worked for him in the past.

“I like to go with a traditional three-week taper, which I’ve done for years,” Yarworth said.

“Believe it or not, when we start to rest, they start to feel really different because their bodies are going through so many changes,” he added. “When you change their routine, often times the immediate effect can be negative. Everything is changing at the subcellular level, everything is changing, and they start to feel thick, heavy and tired. Then we get through that, and they feel really good.”

Newcomb has a different style. Instead of gradually tapering off, he keeps the heavy training cycle going, and doesn’t start tapering for three more weeks, when the swimmers start their tapering at different times.

Ahead of the last meet of the regular season, Yarworth took a moment to look back and reflect on how his team has done both in and out of the pool in 2019-20.

“I’ve been really happy with the overall team culture. Academically, socially and of course athletically,” Yarworth said. “They’ve really come together as a team, meeting expectations that I have for the culture, which is the most rewarding thing for me. We also had our highest GPA as a team, ever, and lastly they’ve been coming to every meet racing hard.”

The meet begins on Saturday at 1 p.m. at Joseph R. Rogers Jr. Pool.

Joseph Aliberti can be reached by email at [email protected] and on Twitter @JosephAliberti1.