Mitchell poured in 28 in Wed. loss to St. Bonaventure 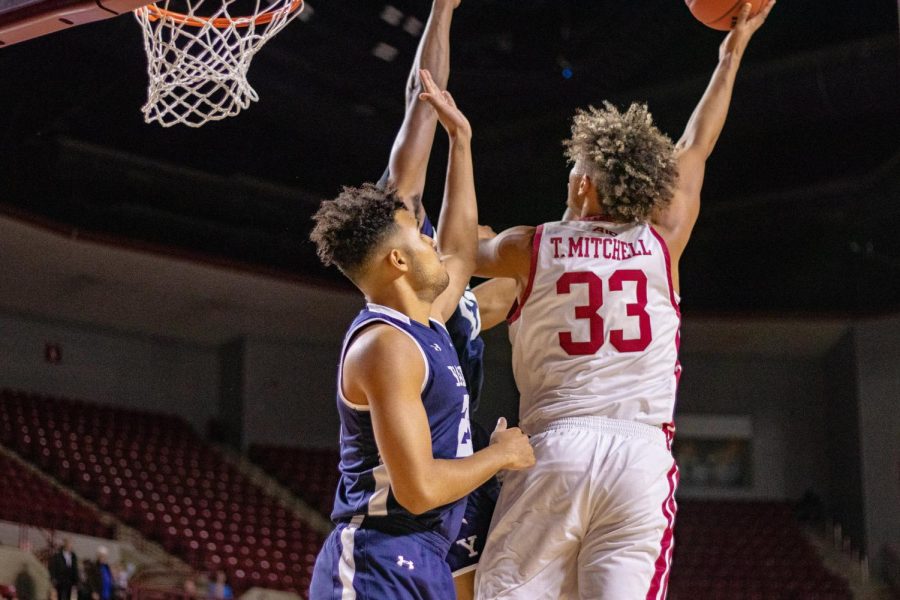 It’s been an inconsistent few weeks for the Massachusetts men’s basketball team, making it all the more important that freshman Tre Mitchell has found some consistency of his own.

Entering the season as the most highly-touted recruit in a highly-touted class, Mitchell had some growing pains early in the season for the Minutemen (7-10, 1-3 Atlantic 10), but since a tough trip to Harvard in early December, he’s delivered on that early promise.

In the last seven games, Mitchell’s averaging 20.1 and 6.6 rebounds — plus close to three combined blocks and steals — per game, on a fairly efficient 48.1 percent from the field and a respectable 34.9 percent from three, as the freshman big man continues to solidify himself as the offensive weapon UMass was hoping for when he committed in March.

A very efficient 28-point performance in Wednesday’s loss to St. Bonaventure was one of the only bright spots in an unsuccessful trip to Rochester, with Mitchell posting his career high on 11-of-19 shooting.

“I thought we did a good job the other night really trying to establish him early and often,” UMass coach Matt McCall said. “That was the game plan. Now teams are going to start to double-team him and we’re going to have to make some shots. We know Carl [Pierre] can do that, and we’ve got to find other guys to do that. Early in the year when you had Carl and TJ [Weeks] out there and they tried to double Tre, you had to take doubles off because you had two snipers out there, and we’ve got to find someone else that can drill shots when they’re double-teaming [Tre].”

With that scoring comes attention, as Mitchell’s been the subject of double team after double team since opening night ­— passing out of the post has become a priority, with those double teams bound to leave an open shooter somewhere. That could be problematic early on, the low point coming with an eight-turnover afternoon against St. John’s in November, but with experience has come comfort as those double teams keep coming.

“I think I’m starting to get myself a lot more comfortable establishing myself down low and taking advantage of those moments when I’m not getting double-teamed and doing what I can,” Mitchell said. “I think at first I was trying to move a little bit too fast, but now that I’ve seen it so many games in a row, I think I’m starting to get used to it.

“Then there are opportunities when the double teams aren’t there and it’s like a playground.”

Mitchell’s breakout has come at a good time, with UMass entering an important section of its conference schedule without much recent consistency to reflect on. After pushing Saint Louis to the brink on the road but losing a winnable game in overtime, the Minutemen beat La Salle at home before taking a drubbing on the road at Dayton, then struggled to recover from a Bona run early in the second half on Wednesday to fall to 1-3 in the A-10.

UMass never got out of first gear early in Dayton, falling behind 27-7 within 10 minutes, and after a Mitchell 3-pointer brought the Minutemen within four just after halftime on Wednesday, the Bonnies pieced together a 21-7 run to break the game open and put UMass away with time to spare.

“The message coming out of St. Bonaventure has been, we’ve got to stop getting punched and not responding the right way, and that’s what happened,” McCall said. “St. Bonaventure raised their level the other night, and it was three- or four-point game, and we didn’t respond. We can’t continue to allow that to happen.

“They threw the first punch in that second half, and we didn’t respond at all. We got distracted, and we didn’t do our job. We talked all [week] going into that game, we’ve got to defend the three and we can’t get out-rebounded, and those were the huge keys to the game.”

The Minutemen now turn their attention to George Washington for a Saturday matinee, hosting a Colonials team sporting an identical 7-10 record overall and a 1-3 mark in A-10 play. GW picked up its first win of the conference slate against George Mason on Wednesday, having fallen by five points each to Duquesne, Saint Louis and St. Bonaventure despite leading the Dukes with just over two minutes to play and staying within a possession of the Billikens in the final minute.

UMass will host the Colonials at the Mullins Center at 4:30 p.m. on Saturday.