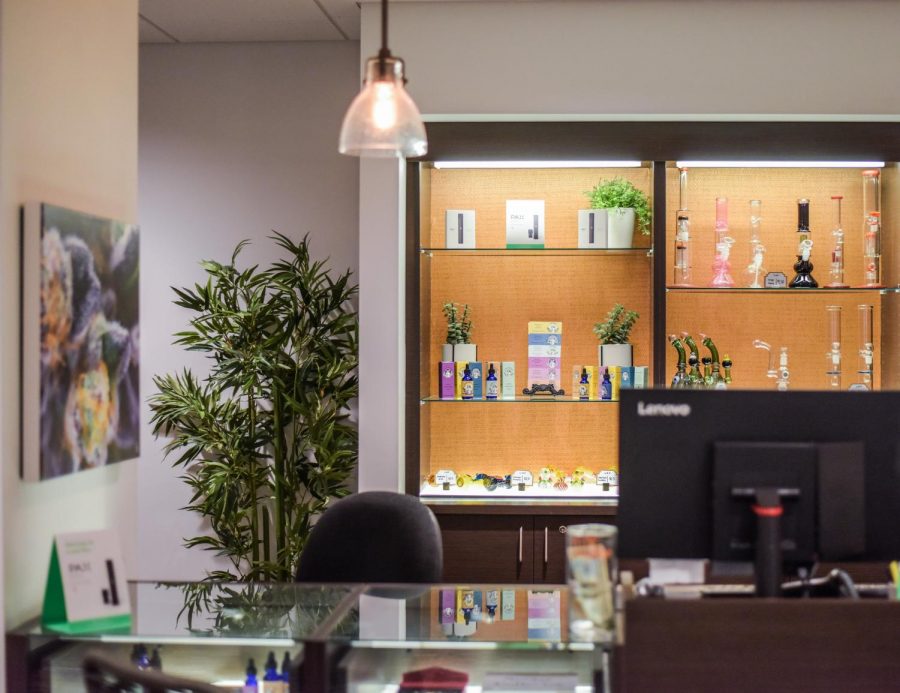 After a successful first year in Lee, Massachusetts, Canna Provisions plans to open a second location in Holyoke in the upcoming months.

The company estimated that more than 100,000 people have visited the small Berkshire County town since the location opened and said they are on pace to generate “close to half a million dollars” in taxes and fees for the town. Canna Provisions is projected to be the first retail cannabis facility in Holyoke.

The executive team, led by co-founders Erik Williams and Meg Sanders, has over 25 years of combined experience in the cannabis industry, according to their website. Holyoke, a city of 40,000 people, represents a step up for the company, which currently operates a location in Lee, a town of just under 5,000 people.

“In a perfect world, we would be open by the end of March,” Sanders said, explaining the new location must undergo a final inspection and voter approval with the Cannabis Control Commission. “It’s still very much up in the air.”

Talking about the Holyoke location, which will be on Dwight Street, Sanders said the company has had a “very positive” experience as they convert a 4,000 square foot paper mill building into a cannabis dispensary. The building was described by Sanders as “one of the most stunningly attractive” dispensaries.

“We worked very strategically with the elements of the building,” Sanders said. She went on to predict that people would come from around the country just to see the facility.

In December, Williams told MassLive that the space was an artist’s colony for 40 years and that Canna Provisions wanted to honor that history. The team saved industrial artifacts including gears, electrical switches and glass insulators for indoor and outdoor displays in the finished space.

As Sanders spoke about her experience working in Massachusetts over the past few years, she noted that it had been a long path for her to end up in the east coast state. Sanders previously worked in Colorado and was appointed by the state’s governor to assist officials in developing retail cannabis regulations after the 2012 voter approval of adult-use cannabis. Prior to working in the cannabis industry, Sanders, a native of Texas, worked for more than two decades in retail and nonprofit business leadership, according to an email from a company spokesperson.

When asked how she ended up in Massachusetts, Sanders said “there was a big need around the country for experience in the cannabis industry” after Massachusetts legalized recreational use in 2016. Just under 57 percent of Holyoke residents supported legalization in that year’s election, slightly above the state percentage of 53.7 percent, according to the New York Times.

In August 2016, Holyoke Mayor Alex Morse became the first mayor in the commonwealth to support legalization, telling WBUR that he wanted to make Holyoke a “hub” for recreational marijuana.

Sanders said Morse was a “big reason” for Canna Provisions choosing Holyoke as a site for their new location.

“It was very on purpose in that we knew Alex Morse was very pro-cannabis,” Sanders explained that it was important for the leadership in the town to be behind the industry. “We sought Holyoke out because of him.”

In some towns, Sanders has found a “prohibition mentality” toward cannabis but said that, in Lee, their company “delivered exactly what they promised and they [Lee] are more than thrilled to have us in the community.”

Sanders said increased traffic congestion is one of the biggest potential community concerns that people bring up, along with smell. Traffic, she said, is exacerbated by only a few cannabis locations being open in the commonwealth. Smell, however, can be mitigated by filtering the air and receiving products pre-packaged.

When asked about the customer base in Massachusetts, she said business has been “very steady” in Lee, with customers coming from Massachusetts, neighboring states and all around the United States. While a large population of students can be found in the Pioneer Valley, Sanders said it “wasn’t a big factor” in the decision to open a second location in Holyoke.

“What I’ve seen about adult use cannabis across the United States…it’s an older population, our average age is 49 here in Lee,” Sanders added.

Looking forward, Sanders was interested in seeing the Massachusetts’ young cannabis industry continue to grow. Sanders hopes to see the industry become a “team sport” like it is in Colorado. She said she would also like to see packaging requirements in the state become more environmentally-friendly.

For Canna Provisions, that means aspirations to announce a third location in the commonwealth soon. “But that’s all I can say for now,” Sanders added.