Melo: UMass men’s basketball has redefined its chemistry this season 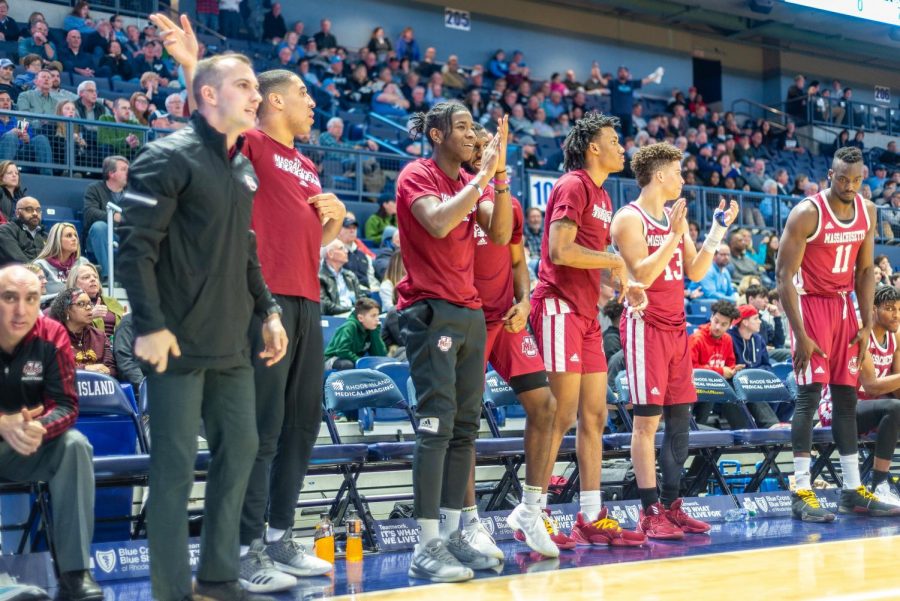 The Massachusetts men’s basketball team has had a rather up and down season as far as results go.

On paper, UMass (11-15, 5-8 Atlantic 10) isn’t blowing anyone away in terms of its record. However, that isn’t necessarily the total purpose of the season. There is hope around the program, hope that goes beyond just freshman superstar Tre Mitchell. This group actually has life and because of that, they have changed the culture of the program completely.

“Their character, their want to win, their want to be coached, their will to be coached,” McCall said. “It’s a joy coaching them every day. They want to be good and they’re excited about being here at UMass. They’ve had a lot of firsts – first time since 2014 or 2015 that we’ve started off 5-0. We’ve got a chance to get the most wins in conference in the last four years.

“Let’s not stop there,” McCall continued. “Keep having success and try to climb the standings even more and see what happens.”

The Minutemen have won some big games recently, notably against George Mason and Saint Louis. The two wins were McCall’s first against either program during his tenure with UMass. After the game, the Minutemen celebrated in the locker room. McCall came in and started screaming – the players quickly joined in – and a lot of dancing ensued.

That’s another thing that has sprouted this season: dancing. Whether it’s Dibaji Walker busting a move or Preston Santos showing off some footwork, the group comes together in a moment of happiness to relish the wins that they get.

And according to McCall, that’s by design.

“Celebrate them all,” McCall said. “Celebrate the wins. Maybe it’s a win today in practice, but celebrate the wins. I want them to feel that feeling of how good it feels to win. When you go in that locker room and it’s Dibaji [Walker], Preston [Santos] or even DJ [Djery Baptiste] with his dance moves – it’s a grind and you put so much into it, so much preparation into it, it really is a grind and I want them to have that feeling of what it feels like to win a game.”

The chemistry of the Minutemen goes beyond just winning games. The bench goes crazy over anything. UMass was down by 16 points in the first half against Saint Louis, but you would’ve never known based on the way that John Buggs, TJ Weeks, CJ Jackson and Davonte Higginbottom were reacting. They need to be told to sit down because of their antics on the sideline.

During media sessions, players will routinely interrupt whoever is being interviewed in a joking manner and it just becomes evident that the bond between these guys runs deep. It’s more than just basketball.

Mitchell has not only been the best player on the team this season, he’s also been one of the key contributors of the culture shift. After scoring 26 points against Dayton, McCall said that Mitchell would’ve been perfectly fine scoring 16 and seeing his teammates succeed so they can pull out a win. Carl Pierre has been ice cold lately with his shot, but he’s still up on the bench celebrating whenever anything happens.

The Minutemen lift each other up. It may not be leading to many victories this season, but it is leading to them hitting certain milestones. With most of the team being freshman or sophomores, there is a lot more room for growth in the program. The wins may or may not come, but one thing is certain: the culture is definitely changing for the better.