Reflecting on past notable red-carpet moments ahead of the 92nd Academy Awards. 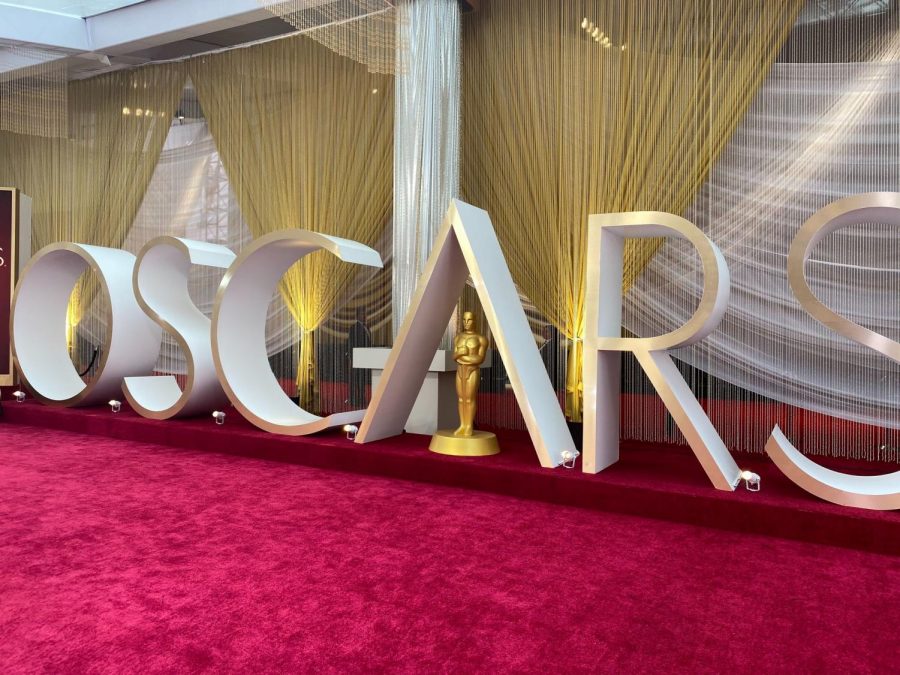 Apart from the results of the award ceremony itself, one of the biggest talking points at the Academy Awards is who wore what on the red carpet. Oscars fashion has always been a point of interest in the build-up to the ceremony, and each and every year Hollywood’s stars dazzle the red carpet. Each year, there are some who have broken the mould on traditional red-carpet fashion. These looks become timeless points of Oscars history, often causing as much interest or controversy as the award show itself.
Barbra Streisand, 1969:
Barbra Streisand at the 41st Academy Awards caused quite a stir. Streisand wore a sheer, embellished bell-bottomed suit, with an exaggerated white collar and black silk tie designed by Arnold Scaasi. Whilst being photographed holding her award though, the outfit revealed far more than anyone was expecting. The outfit became transparent – the style was already evoking the “swinging 60’s” style of dress with the peter-pan collar, Streisand’s hair and her make up; but the outfit’s material made it even more striking and controversial. Streisand promised in a later interview if she were to win yet another Academy Award, which she did in 1977 for Best Original Song, she would “be more conservative next time.”
Diane Keaton, 1978:
Inspired by her character’s style in her role as Annie Hall in Woody Allen’s cult classic romance film of the same name, as well as by her own day to day fashion, Diane Keaton arrived at the 50th Academy Awards in a suit. The dress suit, designed by Ruth Morley, changed how women could dress on the red carpet. The outfit continued what Keaton’s character in the movie had begun to do, presenting the modern fashion of androgynous style. Keaton wore a full dress suit, which captured the minds of women around the world, as the groundbreaking look broke away from the traditional red-carpet ball gown and allowed for both Hollywood’s leading stars as well as women around the world to embrace a more masculine silhouette for the award season.
Björk, 2001:
At the 73rd Academy Awards, the iconic “swan dress” was worn by the Icelandic singer-songwriter.  Designed by Marjan Pejoski, the dress caused a stir at that year’s event, not only due to the dress itself but also due to Björk’s presentation of the piece. On the red carpet, the singer lied on the ground mimicking an egg, only for her to grow into a beautiful swan. The dress with its full skirt made of feathers and a swan neck wrapped around Björk’s neck is undeniably one of the most infamous pieces of fashion to ever walk the Oscars red carpet.
Rita Moreno, 2018:
With the awareness of the fashion industry’s impact on the environment and a new trend for up-cycling, thrifting, recycling and #OOOTD’s (old outfit of the day), Rita Moreno championed the notion of slow fashion by re-wearing the same gown she wore to the award show in 1962. Moreno first wore the dress, which she designed herself in the Philippines, while taking home the award for best-supporting actress for her role in West Side Story. Moreno modified the dress from its first wearing 56 years prior by changing the neckline and adding statement jewelry, long black gloves and a headband. The look was a wonderful throwback for the star and reminded the rest of Hollywood and the fashion industry of the power of re-wearing old clothes which are still  relevant to award season, instead of wearing a new gown for each show. Moreno’s look is a testament to the notion that a good look never goes out of style – even if you have worn the piece before.
Billy Porter, 2019:
At last year’s Oscars, Billy Porter stole the show with his custom-made ball-gown, which consisted of a tuxedo for the top half and ball-gown skirt for the bottom. The breathtaking piece of couture fashion was designed by Christian Siriano. The outfit incorporated all of the classic features of red carpet fashion, with the elegance of the black velvet skirt and the sophistication of the timeless tuxedo suit. Porter was able to combine these two styles in order to create what he deemed as “political art.” The piece combined both men’s and women’s formal wear, which perfectly expressed how red carpet fashion can be for all. The piece further presented the notion of gender-fluid fashion, a trend which has been on the rise, with Porter being championing this fashion trend as he continues this notion of defying fashion norms with his subsequent red-carpet appearances. This makes the actor one to watch at this year’s award season.

Red carpet fashion is designed to be a talking point at any award show, with the Oscars being the highlight of each award season. These red-carpet outfits broke the mould of traditional red-carpet fashion, with looks which cannot be forgotten and with stars who did not disappoint. It will be interesting to see which outfits from the 92nd Academy Awards shall join these notable fashion moments and go against the traditional expectations of award season dress.

Robyn Cowie can be reached at [email protected]