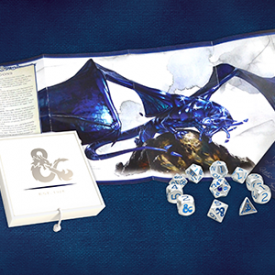 At the University of Massachusetts, the Tabletop Role-Playing Game club, one of the University’s newest Registered Student Organization, is looking to create a community of tabletop RPG players.

Donald Hurld, the president of the club and a freshman computer science major, announced the club’s acceptance as an RSO on the UMass subreddit on Jan. 21.

“The basic idea of our club is to provide a space for people interested in Tabletop RPGs to chat/find games,” Hurld wrote in the post, “and to make it so that ideally people don’t have to invest in books, figure or whatever else if they want to get an idea if this is something they’d be interested in, or if they just have a passing interest.”

According to Ben Parrish, the club’s librarian and a sophomore microbiology and environmental science double major, tabletop RPGs are games where players develop their own characters and the players interact with each other to create their own stories.

At the beginning of the game, each player designs a character and decides its statistics. The statistics help determine the character’s skills and how the character will act within the story being told. Parrish said tabletop RPGs are similar to video game RPGs except “instead of having stories that are created by the founder of the game,” players make their own through improvisational interactions among each other.

A full game is known as a campaign. Campaigns can last just one session, weeks or even months.

Hurld said Dungeons and Dragons is the most common game but added that the club has a variety of others including Vampire the Masquerade, Pathfinder, Call of Cthulhu and several more. Each game has its own setting and set of rules, but games are otherwise fairly open.

For Alex Low, a general member of the club and a sophomore environmental science major, Dungeons and Dragons Fifth Edition is a personal favorite, due to its ability in “getting people to the table.”

The first iteration of the club was started in 2012, according to the club’s Campus Pulse page. Hurld did not know how the club was initially disbanded but decided he would bring it back. This was not his first experience as Hurld had started a small tabletop RPG club at his high school in Quincy, Massachusetts, and decided he would do the same at UMass.

The new club was founded in the fall 2019 semester. Upon forming the club, Hurld looked to turn it into an RSO in order to receive extra funds from the Student Government Association.

The SGA bylaws require prospective RSOs to submit an application with names of the club’s officers, the name of an initial contact person who will communicate with the SGA and a constitution.

According to Hurld, in the process of becoming an RSO, the club sent in an application using the club’s constitution from the 2012 club. Hurld said the club was then told to not use the old constitution and apply using an updated version. However, the new constitution was denied due to not stating the club had two-thirds SGA membership.

The bylaws on RSOs state “a two-thirds (2/3) majority of the members of an RSO must be members of the SGA” and the RSO must have no less than 10 members be active SGA members. The bylaws define a member of the SGA as “Any person subject to, and having paid, the Student Activities Fee, shall be a member of the SGA for the period calendar time to which their paid Student Activities Fee is applicable,” meaning all undergraduate UMass students have SGA membership.

Hurld felt a “lack of communication” was the biggest issue in dealing with the SGA, specifically with communication on what constituted a member of the SGA and the delaying of approval of the constitution.

“One issue with dealing with the SGA members we dealt with (not so say this applies to everyone, of course, just a few specific people), was that we always got things done in a matter of days,” Hurld said in an email, “and while I understand that obviously they have lots of things to process, the wait times to get any information back, let alone results, was a bit maddening at times.”

Uju Onochie, the former SGA secretary of the registry, worked with the Tabletop RPG club through the RSO application process. “In regard to TabletopRPG, there was minor misinformation between departments that was handled once brought to my attention,” Onochie said in an email statement.

The club had decided to become an RSO in order to raise funds to rent out space for campaigns. The club currently does not have a space of its own, and players must coordinate to find a space in order to play.

The money is also needed to pay for books that help guide stories and explain how the game works. The books can cost around $60, Parrish said, so the money would help pay for them. As the club’s librarian, Parrish hopes to be able to build and manage a large collection of books that members of the club can access.

The club also plans to host miniature drawing and dice-making events to raise money in addition to any funding from the SGA.

Ultimately, the club wants to bring in members and share their passion for Tabletop RPGs. To Low, the best aspect of the club is bringing in new players.

“The person who is maybe possibly interested and got interested in [Dungeons and Dragons] and the first time they start role playing as a character and they really have a good idea about what they want to do, and you first see them get excited and animated in what they are doing and getting into it, that’s definitely my favorite part,” said Low.