Pete Buttigieg: Driving us forward but not apart 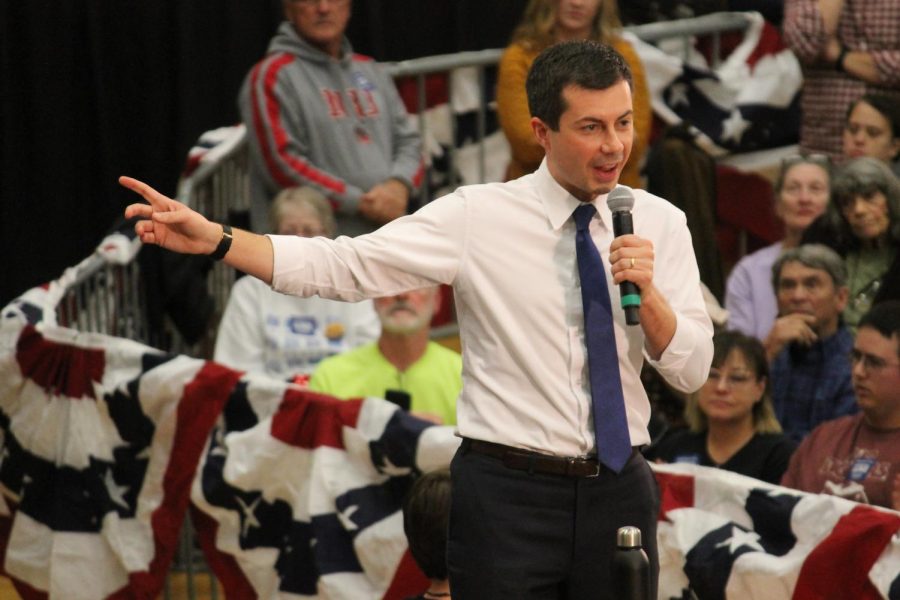 There seems to be two types of candidates running in this primary: those who want to radically upend the system and those who want to reform and build from what already exists. Former South Bend mayor, Harvard grad and Rhodes scholar Pete Buttigieg has distinguished himself from the other candidates by striking an excellent balance between these seemingly competing impulses. His strategy is neither incrementalism nor radicalism, but whatever seems to be the most prudent.

American politics today are bitterly polarized. Both sides are increasingly lacking any common ground, which has contributed to increasing tribalism on both sides of the political spectrum. Rashly pursuing radical and divisive polices will at best have limited success and at worst contribute to more polarization. Conversely, someone trying to please everyone will inevitably render their ideas ineffective and impotent.

A good example of how Buttigieg strikes balance between these extremes is his Medicare for All Who Want It plan. Like similar Medicare for All plans, it expands the availability of affordable health insurance to all Americans. Unlike other plans, it doesn’t require everyone to opt into it. As Buttigieg has argued, many people want to stay on their current plan. Why should it be mandatory that everyone adopts this plan even if some don’t want it?

Another example is his plan to make public college more affordable. His plan will make college free for 80 percent of students and provide tuition assistance for 90 percent of families. The plan doesn’t make college free for the richest students who can already afford it, unlike plans from other candidates. Current studies show that 40 percent of the benefits of free college go to the wealthy. This is contrary to the goal of this policy, which is to provide lower and middle-class students greater socio-economic mobility, which is increasingly elusive for such families with the rising cost of college education.

At the same time, Buttigieg doesn’t shy away from massive reform if necessary. His climate plan promises to get the U.S. at net zero carbon emissions by 2050 and proposes a massive reorientation of the economy requiring the mobilization of every economic sector. Such action would be unprecedented in U.S. history.

A major issue Buttigieg has been criticized for is his relationship with the black community. This results from two scandals that occurred during his time as mayor: one involving the firing of the city’s first black police chief and another involving the shooting of a black man by a white police officer. The second is still under investigation, so there aren’t many specifics.

The first involved the firing of the police chief due to an illegal wiretap of officers accused of making racist comments and possibly participating in illegal activity. The black community was infuriated for a variety of reasons and disputed the claim that Buttigieg needed to fire him. While there were mistakes made by Buttigieg, which he acknowledges, as well as some irregularities in the case, it seems like Buttigieg’s decision was the right choice. He couldn’t have pleased everyone.

Some have argued that this scandal represents Buttigieg’s tone-deafness. Kareemah Fowler, the first African American to hold a full-time executive office in South Bend’s county, views the issue differently. She has said the issue was a learning experience for Buttigieg. It is also an experience many of the top candidates have not had such direct contact with.

Despite these scandals, the policies in his proposed Douglass Plan seek to combat systemic racism on a number of fronts including housing, education, healthcare, criminal justice, voting rights and economic inequality. What Buttigieg lacks in reputation in the African American community, he can make up for in the substance of his policies.

Another issue concerns Buttigieg’s supposed corruption for accepting money from wealthy donors, despite the fact that he doesn’t take contributions from lobbyists, corporate PACs or the fossil fuel industry. It’s unrealistic to expect Buttigieg to refuse donations from wealthy donors, as Buttigieg is relatively new to the national political sphere and is of modest means. It’s senseless to think that he could mount a successful campaign based solely on grassroots donations.

The importance of the 2020 election cannot be understated. Whether it’s sobering climate change reports predicting potential climate catastrophe or it’s increasing polarization that’s leading to the tribalization of American politics, whoever is elected will determine what should be done. This nation needs a president who’s willing to address the issues facing the nation directly without driving the nation apart. If we continue down the path of radicalism, polarization will only increase, making it even more difficult to address the pressing issues of our time.