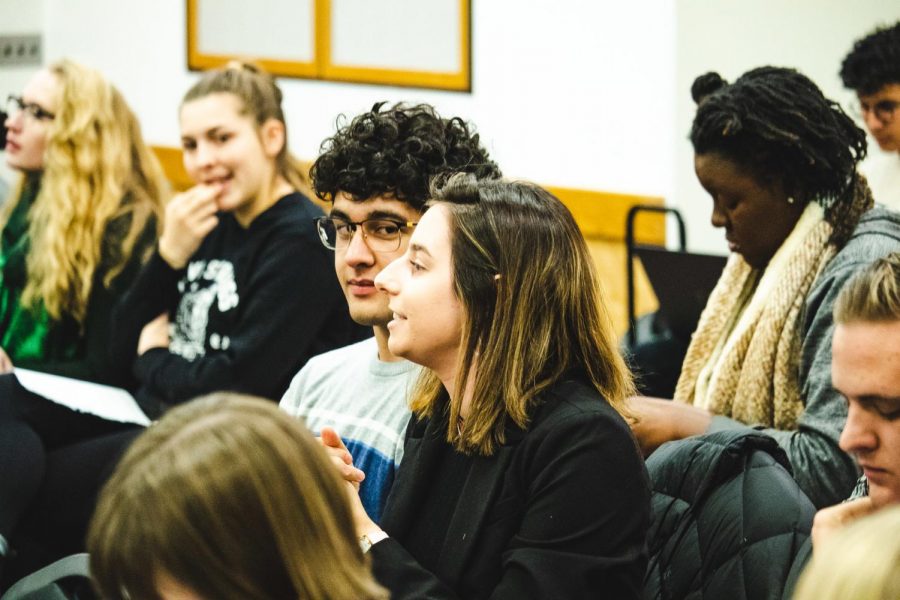 On Wednesday night, the Student Government Association endorsed a letter to the University of Massachusetts community demanding that a doctoral student and assistant residence director be paid for her work in planning and implementing an anti-racism training for residential life services.

The letter was written by the community task force resident assistant and peer mentors union and asks for the community’s support. Tita Feraud-King, a doctoral student in education, designed the training which took place in January. Last spring, the SGA voted to push the University to make this anti-racism training mandatory.

“The University is refusing to pay her under the guise that this was a union-sponsored training, which is not true per the collective bargaining agreement,” said Chelsie Trombly, the unit co-chair of the RA/PM union.

“To refuse to compensate her for anti-racism training is racist, and I want to be very clear about that,” Trombly said. “This is a racist incident on behalf of the University, and it needs to be corrected.”

The letter also requested that the University publicly pledge to make all anti-racism training mandatory for all RAs, PMs and senior Residential Life staff.

Several members of the senate had concerns about whether the SGA should vote on labor issues and entered a debate on the issue.

“I do not have an issue with the ethicality or morality of the issue, but my issue is that this is a labor issue,” said Senator Kyle Kendall. “We’d be signing on to a letter that mandates payment to a University employee . . . this faculty member is a member of a union, that is what the union is for.”

The SGA also voted in support of a new secretary of the registry, Andrew Abramson. Abramson was unable to attend the senate meeting but had previously answered some of the senate’s questions over email. In one of his responses, he specified that some of his top priorities would be working with the advocacy groups on campus and helping to ease the transition to the new student union. Abramson previously served as an undersecretary for university policy.

“I recognize the need for immediate work and support for the duties of this job,” said Abramson in his application.

The SGA also voted to update the Center for Education Policy & Advocacy’s charter in regard to the number of members that are required to sit on the board. According to the motion, CEPA often struggles to meet quorum “due to the difficulty of coordinating the schedules of 18 members.” The SGA voted to change the charter so that the membership requirements are at least five undergraduate students, two graduate students, four university professionals, with two ex-officio members from CEPA.

The SGA also appointed Marnie Fitzgerald to the judiciary, making a total of seven judiciary members.

“I think it’s a great experience, I’m hoping to go to law school when I graduate . . . I’m looking for a way to give back to UMass,” said Fitzgerald.

The SGA also voted to confirm three new elections commissioners: Esha Maewal, Lyric Harris-Whitby and Jeanne Grutchfield. The topic was debated at last week’s senate meeting, but the senate was able to come to a decision and vote to confirm the three new elections commissioners. Part of the decision was because of the candidates’ lack of involvement in the SGA, according to SGA Vice President Hayden Latimer-Ireland.

“The reason that these are the candidates we brought forward is partially because of their lesser involvement in the SGA,” she said. “I think that it’s really important to have people in these roles that have not been as involved because one of the things that we talk about a lot is how to get people more involved in the SGA.”