SGA aims to inform students about the extent of food insecurity on campus. 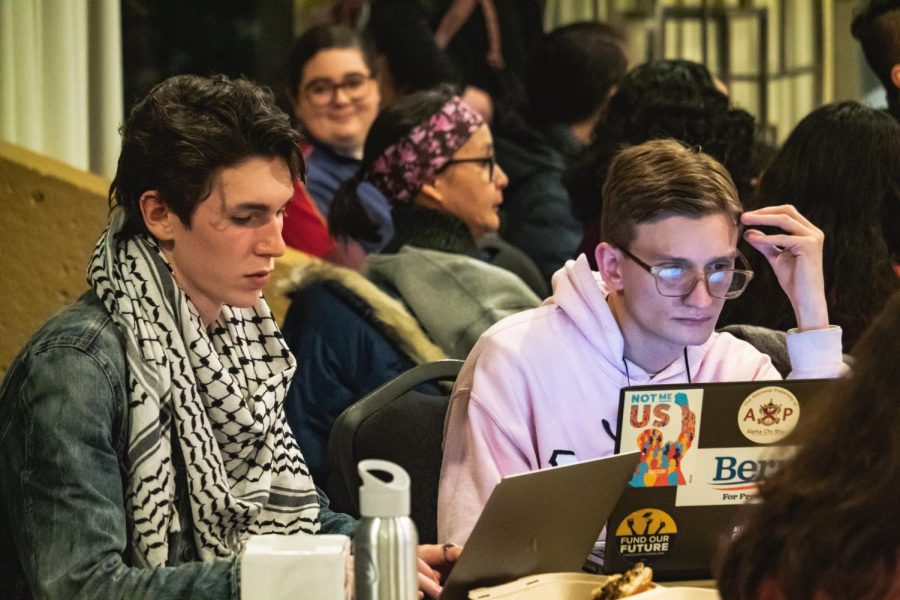 The Student Government Association at the University of Massachusetts voted to sponsor a food security event organized by the Social Justice and Empowerment Committee at their weekly senate meeting on Wednesday.

The event, titled “Beyond Food Insecurity” will be held on April 25th. The location has yet to be announced.

The purpose of the event is to raise awareness regarding the extent of food insecurity on campus. According to the motion, 25 percent of UMass students are food insecure.

“This event will serve to educate students as to the experiences and needs of food-insecure students,” read the motion.

The SGA also discussed the official elections timeline. The original timeline was supposed to end elections by March 12 per the bylaws, but this was not possible because of the SGA’s schedule in recent months.

The advertising period has already started. It began Feb. 22 and will go until Feb. 28. During this period, the SGA makes it known to the student body that elections will be happening soon, according to Speaker Rachel Ellis.

Feb. 29 through March 6 will be the period of nominations, during which candidates can turn in their nomination forms. The candidate meeting will take place on March 6.

Campaigning will take place March 9 through March 13, which is a week before the campus closes for spring break. The Massachusetts Daily Collegian will hold a candidate debate on March 11. The presidential, vice-presidential and student trustee candidates can participate in this debate.

Campaigning will be suspended over spring break. Voting will take place on March 23, 24 and 25.

The SGA also saw a presentation regarding the possible addition of a referendum question to the ballot during elections. The ballot question would ask students if they want to raise the student activities trust fund fee by $1 in order to provide students with menstrual products in the campus bathrooms in the 2022 fiscal year.

“[Menstrual products] are a necessity, not a luxury,” said Senator Suthaney Sundar.

Sundar also specified that these products would be available in male, female and gender-neutral bathrooms. “Cisgendered women are not the only ones that experience a menstrual period,” said Sundar.

The pilot program would start by stocking eight of the most trafficked buildings on campus with products, according to the presentation. This goal would require 32 dispensers, which would cost $9,920 including installation and one fill of products.

The presentation also raised some issues with getting their funding through the Student Activities Trust Fund. “The cons of this is that they wouldn’t really be free menstrual products at this point, as [the students] would be paying through the SATF for a public service,” said Sundar.

The motion was tabled because not all presenters agreed on the wording of the motion, according to Jessika Antinori, chair of the undergraduate services committee.