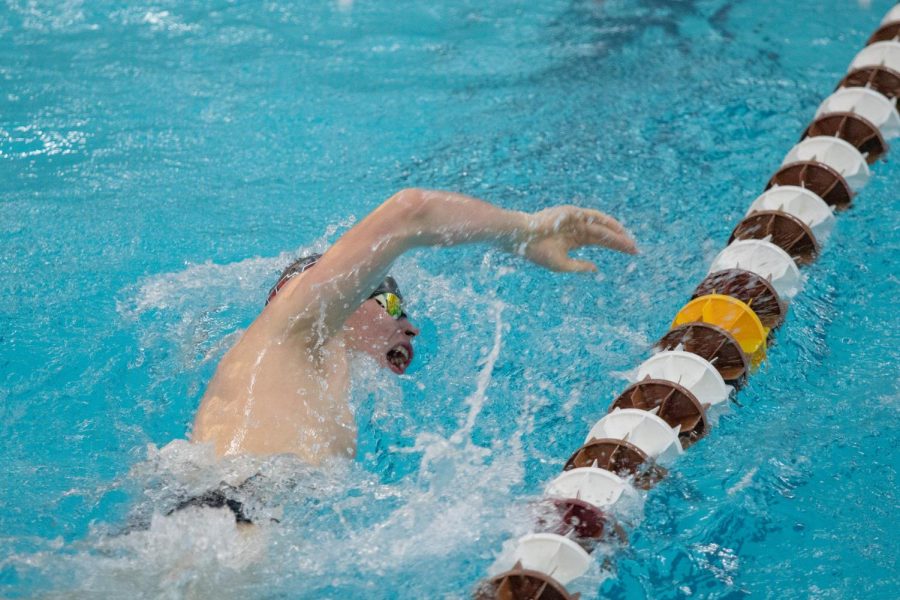 The Massachusetts men’s and women’s swim and dive teams capped off their seasons this weekend at the Atlantic 10 Championships as the Minutemen (6-1, 1-0 Atlantic 10) finished in sixth place with a score of 345.5, while the Minutewomen (4-4, 0-2 A-10) took seventh, scoring 254 as a team.

In her biggest competition of this year to date, senior star Maja Boric stepped up yet again and proved she is an elite diver. She won both the 1-meter and 3-meter dives, posting a score of 281.8 for the one meter and a score of 335.1 in the 3-meter dive. It was Boric’s second consecutive A-10 1-meter dive win and her second time winning the A-10 3-meter dive, as she also won it as a sophomore.

“She put on a clinic for everybody else at that meet to show you how to dive,” women’s head coach Bob Newcomb said. “It was fun watching her just own that meet.”

The most notable aspect of her weekend was her 3-meter dive performance, where she scored a 335.1. The second-place diver – Marina Toone –  scored a 293.

“It was stunning,” Newcomb said. “Even [diving coach Mandy Hixon] said that it was the best diving she had ever seen at UMass. Front to back she was awesome. You don’t win a diving event by 42 points. You don’t do it at this level.”

Even with the seventh-place team finish for the Minutewomen, the swimmers got a number of program record marks, making Newcomb pleased with what he saw in the ladies’ last competition of the year.

“It’s a good sign that we are growing and that we are getting better,” Newcomb said. “You look at it and they’re spread across virtually every event. It’s a sign that we are doing good things and the kids are developing, which is a really good step.”

“I can’t say it was out of nowhere, but what a great comeback story,” men’s coach Russ Yarworth said. “He missed last year after racing his freshman year, and he did just how he said he was going to do it. He just took it from the start and kept his lead the whole way.”

Starting the conference championship off for the Minutemen, the 200-yard medley relay team of Michael Tartakovsky, Al Madden, William Munstermann and Ryan Pedrick took third. Munstermann, who raced the butterfly leg of the relay, had a split of 21.38, which is his personal best and also the fastest of any swimmer in the conference.

“It gives the kids confidence when your first swimmers swim like that,” Yarworth said. “The first swim of the meet is pretty important, and our first swim was pretty good.”

Even with the departure of some key Minutemen swimmers, Yarworth still sees an upward trend coming for his team next season.

“The group we’ve got recruited to come in are probably as talented as any group I’ve ever recruited,” Yarworth said. “I don’t know if we’ll be able to compete for the title, but we’ll be able to make some noise.”

This concludes the season for all swimmers and divers except for Boric, who will be heading to Zones on March 9.