The beauty and authenticity of A24’s coming-of-age films 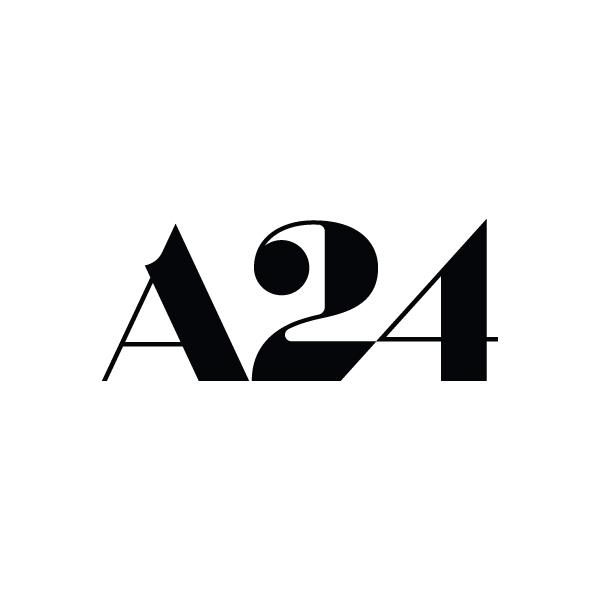 By Quinn He, Assistant Arts Editor

From the seeds of “Spring Breakers,” A24 Films have established themselves as a prolific and brilliant film company. Founded by in 2012 by Daniel Katz, David Fenkel and John Hodges, A24 Films is the production company behind popular movies such as “Room,” “Ex Machina” and “Lady Bird,” to name a few. In just seven years, A24 has been nominated for approximately 25 Academy Awards and has taken home six including Brie Larson as Best Actress for “Room,” Best Visual Effects for “Ex Machina” and Best Picture for “Moonlight.”

Since the success of 2013’s “Spring Breakers,” A24 has produced dozens of films and TV shows with an expansive variety in themes, cinematography and genre. From documentaries like “Amy” and “Oasis: Supersonic,” to surreal dystopian fiction in “The Lobster;” the pallet of A24’s catalogue is constantly expanding to be more and more exciting and colorful.

Aside from movies like “The Disaster Artist,” “Hereditary,” “Ex Machina” and “Room,” A24 Films has produced some of the more beautiful coming-of-age films of the last decade. The perspective and stories they portray about real life tackle events rarely seen in movies from other directors and production companies in today’s current film market. A24 sets themselves apart with beautifully crafted stories and picturesque scenes with a whirlwind of emotions tangled into each film. With movies like “The Florida Project,” “Eighth Grade,” “Mid90s” and “Moonlight,” A24 covers an expansive range of perspectives under the coming-of-age genre. Each film is unique with its own themes and cinematography and they all tell moving and emotional stories in their own unique and expressive ways.

In 2017, A24 distributed “The Florida Project,” a film following an impoverished single mother named Moonee and her struggles to make ends meet for herself and six-year-old daughter. The manager of the dilapidated motel they live in, Bobby, played by William Dafoe, spends the summer putting up with the antics of Moonee, the protagonist, and her mother Halley. Like many of A24’s coming-of-age films, the plot is very loose and sparse, with a focus instead toward theme, cinematography and the characters. The conflict of the movie addresses life and the hardships endured throughout it. At times, the movie is portrayed through the lens of childlike wonder and excitement, causing viewers to reminisce about the lack of responsibility that accompanies childhood. It also, however, does not sideline the unforgiving realities of the real world and naiveté of children. During an innocent scene, the children of the motel are playing around outside when they are approached by an old man. As the chatting between the children and stranger continues, the film expertly builds tension as the audience is quickly able to discern the intention of the old man’s actions yet the children remain blissfully unaware of them. The film finally lets the viewers breathe when Bobby comes to beat up and throw out the pedophile, but not without the potential outcome of the scenario left to reside in viewers’ minds.

The film does an excellent job at depicting poverty in an area of Florida that lives in the shadow of Disney World. Over time, the films invests the audience into these characters as they endure hardships, but, like real life, moments of joy and happiness fall in-between.

In 2018, A24 distributed two coming of age movies that portray two completely different families navigating through their own hardships. “Eighth Grade” and “Mid90s” were two highly anticipated movies for the year with many fans eager to view any coming-of-age films the studio releases.

“Eighth Grade” depicts introvert and protagonist Kayla, played by Elsie Fisher, as she attempts to navigate the last week of eighth grade. Kayla finds solace in posting YouTube videos about life advice, self-confidence and motivation; advice she has a tough time following herself. All the while, her single father does everything in his power to protect her and encourage her. Similar to “The Florida Project,” there are scenes in this film that take viewers on a whirlwind of emotions and memories of their own middle school experience. Moments in the film not backed by the wondrous soundtrack are some of the most emotional scenes. Two major scenes in the film, one tackling borderline sexual assault in a car and the other a father telling his daughter how much joy she brings him, are just the apex of riveting and emotional scenes that the film contains. The film is a fascinating insight into modern middle school life where everyone in sight has an iPhone and social media account, making it a completely different world for middle school students to steer through.

In contrast, “Mid90s” portrays Stevie, a 13-year-old kid and played by Sunny Suljic, as he tries to find his place with a group of skateboarders a few years older than him in 1996 Los Angeles. Day by day, Stevie slowly becomes accepted into the group of boys as they skate around L.A., drink at parties and spend their summer together in the L.A. haze. With only 85 minutes of screen time, “Mid90s” sometimes falls flat on plot, but the characters are what makes the movie different and great. In the short run time, the film portrays a young kid attempting to figure out his place in the world while also juggling an abusive brother and overly concerned mother at home. “Mid90s” shines through when it shows the joyous moments in life. The movie is elevated in scenes involving the group of boys hanging out together and getting involved in things high school kids do: going to parties, running from cops and discussing arbitrary topics.

Lastly, “Moonlight” was one of 2016’s biggest films to hit theatres. It was met with massive praise and acclaim, winning the coveted Best Picture award at the 2017 Academy Awards. “Moonlight” is a powerful and moving coming of age film dealing with subjects such as identity, sexuality, masculinity and race serving as its backbone. Split into three chapters, “Little,” “Chiron” and “Black,” Chiron’s life is broken up into three defining phases of his life: childhood, adolescence and early adulthood. The transformation of the protagonist in the movie deals with many themes including race, sexuality and identity scattered throughout the almost two-hour run time. Each chapter of Chiron’s life comes with emotional highs and lows, with some low points overshadowing the sparse joy he experiences. The emotional and physical abuse make the movie tough to endure at times, but its portrayal of a defeated teen as he grows up in projects of Miami, Florida is something to behold. The pacing, cinematography and emotions depicted by the characters bring “Moonlight” forward, ahead of many other coming-of-age films in the last couple years; a movie like this will stand the test of time for years to come.

A24 Films never seems to disappoint, especially in the last few years. They are recently coming off the success of their HBO series “Euphoria,” as well as other praised films that released during the summer. In 2019, recent A24 that continue this trend of expanding the genres of their releases include “The Farewell,” “Midsommar” and “The Lighthouse,” with many debating that these three films contain some of the best performances and directing of the year and were wrongfully snubbed from the 2020 Academy Awards. A24 continues to release unique and original movies every year and their reputation as one of the most artistic and passionate studios is perpetuated with each new release.