The soundtrack to your perfect Valentine’s Day

The best music for any Valentine’s Day plans 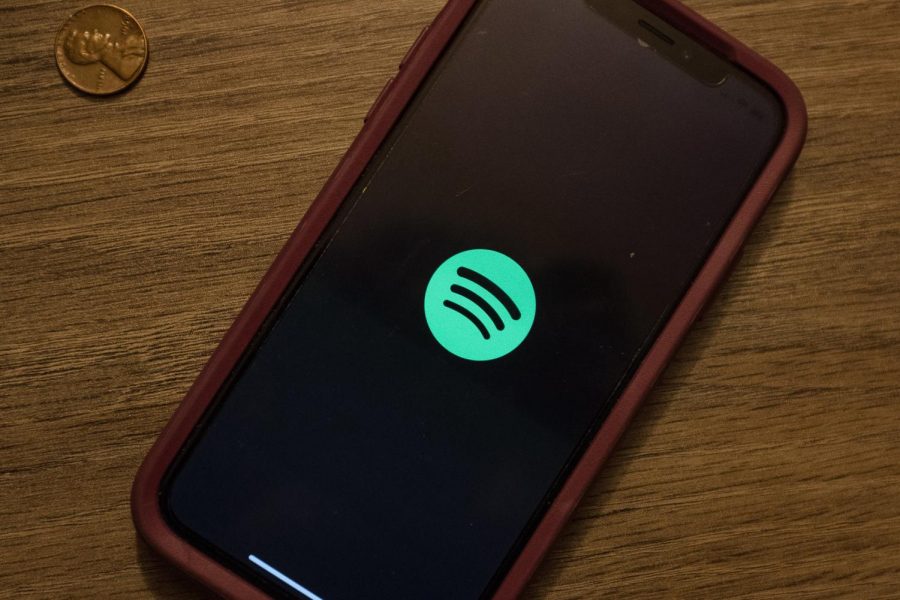 Music can make or break your Valentine’s Day. Ending up with the wrong music can mean ending up in the completely wrong mood. However, it can be hard to pick the right music or soundtrack to accompany your night. While there is no perfect playlist of songs to tackle every mood for every individual person, here are some suggestions for those in love, those who hate someone else or those just looking for a good night out with friends.

In a perfect world, we’re all madly in love on Valentine’s Day and spending the night with our special someone. In that case, you’ll probably want some sappy love songs to throw on in the background of a romantic dinner. When you think of romantic music, you think of Ed Sheeran, the purveyor of many romantic pop songs. His song “Perfect” is universal love song of young adults. While “Perfect” is one of Ed Sheeran’s most well recognized songs, not as many people may know “Hearts Don’t Break Around Here” which is from the same album as “Perfect.” “Hearts Don’t Break Around Here” is equally as cute as the better-known song. Perhaps it can help establish a more romantic atmosphere because it’s not as well-known as some of Sheeran’s other music.

Although Ed Sheeran has made his mark as perhaps the current king of popular love music, there are plenty of other classic love songs to create a theme for your night. If you’re more of a country fan, “Die a Happy Man” by Thomas Rhett is one of the cuter country songs ever made. While any love song is a classic in this Valentine’s Day atmosphere, nothing will beat classic rock love songs such as Aerosmith’s “Don’t Wanna Miss a Thing” or oldies like “Isn’t She Lovely” by Stevie Wonder, The Temptations “My Girl” or “Dream a Little Dream of Me” by The Mamas & The Papas.

Sometimes you’re single on Valentine’s Day and you feel like expressing sadder emotions by  crying. Fortunately, there are plenty of heart-wrenching love songs which will undoubtedly force out those feelings. There’s no song that will make you cry harder than Lady Gaga’s “I’ll Never Love Again” from the film “A Star is Born.” This song is the epitome of a breaking heart and immaculately captures the overwhelming emotions that accompany the feeling of losing a loved one. Aside from sadness, nostalgia is something that overwhelms a lot of people around Valentine’s Day; nostalgia for old relationships or for the way a relationship used to make you feel. Adele’s “When We Were Young” and Taylor Swift’s “All Too Well” perfectly invoke these feelings and are the best songs to reminisce about the past and the long-gone excitement about the honeymoon phase of a new relationship.

Being single doesn’t necessarily mean you have to be sad. If you just got out of a relationship you might be a little bitter and you want a soundtrack for Valentine’s Day that will add to your bitterness and resentment for that person. A classic bitter breakup song is “Gives You Hell” by The All American Rejects. If you want to wish the worst on your ex for a couple minutes, it might be the song for you. Similar in style to The All American Rejects, no one sings about bitter breakups like Carrie Underwood with her song “Before He Cheats,” a classic tale of revenge, or Carly Simon in “You’re So Vain.” Sometimes you just want to sing about how much you hate your ex and these artists definitely encourage that with these tracks.

A Valentine’s Day spent single doesn’t even mean you have to be either sad or bitter. Being young and single is fun and there are plenty of other people you may love in your life that aren’t significant others. A night out with your friends can arguably be more fun than a date and you will definitely need some good music to create the most energetic atmosphere possible. Lizzo’s “Truth Hurts,” “Soulmate” and “Good As Hell” remind yourself how independent and strong you and your friends are and how you don’t need a relationship to have fun. Some more similar classic night out songs are Cyndi Lauper’s “Girls Just Wanna Have Fun,” TLC’s “No Scrubs” or ABBA’s “Dancing Queen.” You don’t need a relationship to be a dancing queen, young and sweet, probably not seventeen but still having the time of your life.

These songs are just the start of the soundtrack to your Valentine’s Day. For a full playlist of songs that will remind you of how in love you are, how in love you used to be or how you don’t need to be in love to have a good night, check out this playlist. It’ll either remind you of some of the best times of your life or help you create new memories with those you love.

Emma Ryan can be reached at [email protected]