A run-down of oxytocin, ‘the love hormone’ 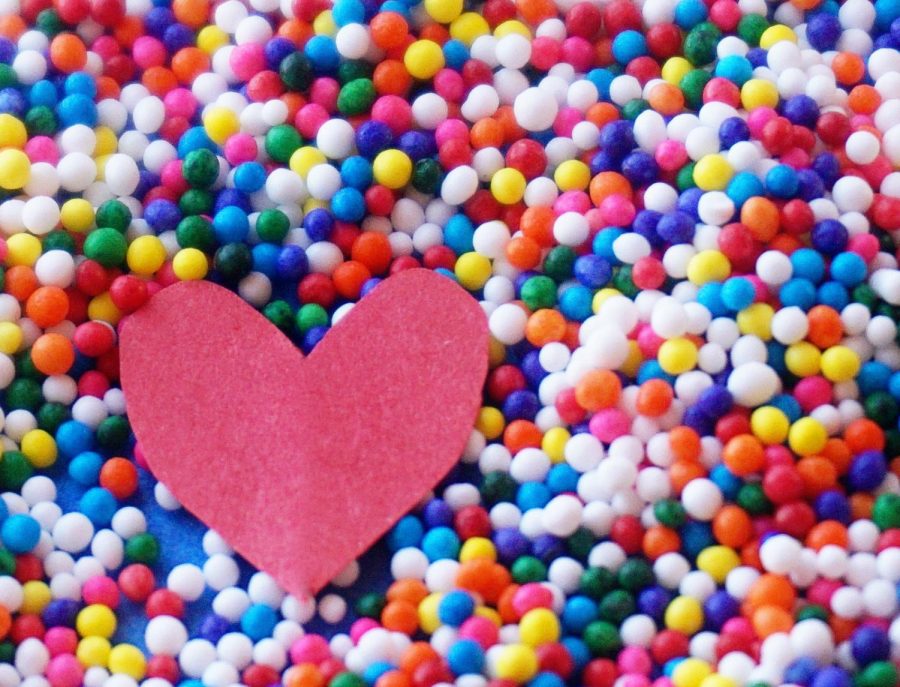 The butterflies. The electricity of a first kiss. The first time you hold your newborn. The relief you feel after a big mom hug.

We all know what it feels like, but what’s actually going on under the hood? What, really, physically, is love?

At the base of your brain, in your hypothalamus, you will find oxytocin, “the love hormone.” It has been known for a while in the scientific community that oxytocin is key to female reproductive functions, facilitating labor and breastfeeding in large amounts. It is responsible for the contraction of the uterus and dilation of the cervix. More recently, it’s been found that oxytocin is key to all types of social bonding – sexual, romantic, platonic and familial.

In the bloodstream, oxytocin does aid in uterine contractions and lactation. It is also released during an erection and orgasm, and may even help sperm find their way to the egg. Plasma oxytocin has been found in higher levels during orgasm in both men and women.

The behavioral effects of oxytocin function different chemically than they do physically. Centrally projecting oxytocin neurons express the hormone, rather than the pituitary gland.  In the brain, oxytocin contributes to relaxation, trust and psychological stability. In 2012, research found that oxytocin levels are higher in people that have recently found love, and stayed elevated for about six months, possibly explaining the phenomenon of the honeymoon phase of relationships.

Another 2012 study showed oxytocin increasing one’s self-perception, and therefore increasing positive social behaviors. The hormone may even encourage men to be faithful to their partners, as it enhances the brain’s reward system. A study in “Nature,” an international science journal,found that so much as a nasal spray of oxytocin administered to gamblers increased their sense of trust, even toward a complete stranger. A nasal spray was used in a 2014 study, which found it caused people to see the emotions of others more intensely.

Rats addicted to cocaine, morphine or heroin showed less signs of dependency and withdrawal when injected with oxytocin. Even one rat injected with oxytocin will calm an anxiety-ridden cage full of them, as the hormone counteracts cortisol, a significant stress hormone. This reaction between oxytocin and cortisol is also why selective serotonin reuptake inhibitors ease depression.

Upon injection of oxytocin, it was found that virgin female sheep exhibit maternal behaviors towards foreign lambs, and following the injection of oxytocin antagonists, actual mother sheep failed to exhibit the same behaviors. It is an essential hormone to the mother-baby bonding process, even in humans.

Some endocrinologists have proposed that manipulation or addition of oxytocin to our bodies could even “program” love. It seems a single dose has great potential to mitigate social phobias, autism, and post-partum depression, as it encourages and rewards positive socialization so strongly. Many mental health struggles stem from a struggle in socializing, and oxytocin may someday be able to fill that void medically. A study found that autistic children have significantly less oxytocin levels than neurotypical children, and another found that oxytocin infusions reduced repetitive behaviors in adults with autism and Asperger’s. There are oxytocin-laced perfumes being sold, although the functionality of them is questionable. Currently, oxytocin is available medically as Pitocin, used to induce labor, control bleeding after childbirth, and even to induce abortion.

Although oxytocin is the very chemical that reduces anxiety and brings joy, it has been found to strengthen both good and bad memories, and even increase anxiety over future triggering events. When a social interaction goes negative, oxytocin triggers a part of the brain that intensifies the memory by triggering an important signaling molecule that stays activated for six hours as it causes enhanced fear. There is no good without the bad.

Socialization is essential to survival, for so many animals, and especially for people. Oxytocin is the hormone that provides us with all of the reward of human connection. With Valentine’s Day around the corner, oxytocin will be flowing through the air around UMass as couples and dates flock to restaurants.