Many students voted for the first time in a primary 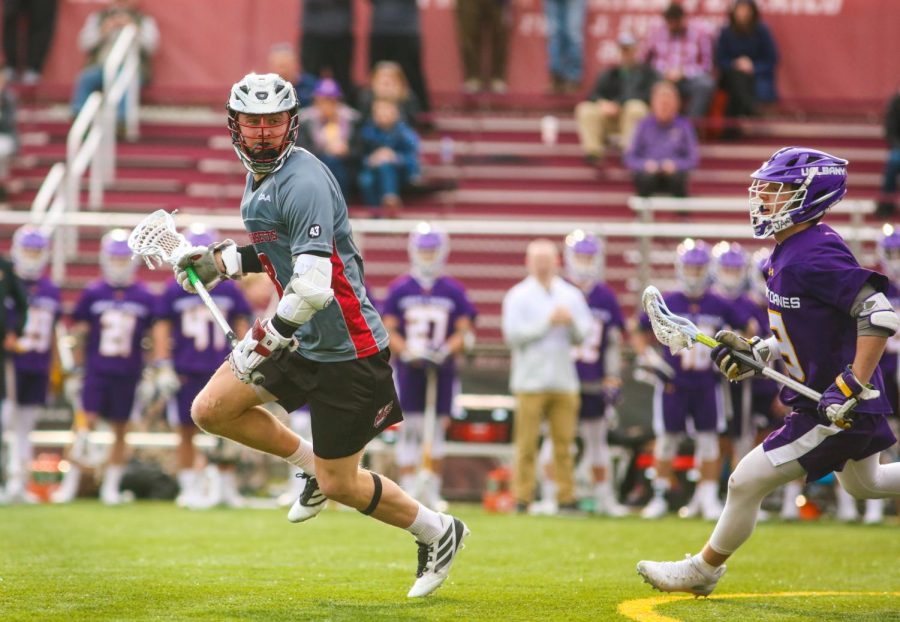 UMass (4-2) defeated Albany (2-2) 17-12 on Tuesday at Garber field. Connolly had four goals and four assists, tying his career high of eight points in the contest.

“Chris is a fantastic kid and he’s seen a lot of success here,” coach Greg Cannella said. “So far this year it hasn’t come easy.”

Connolly is always involved in the UMass offense, having at least one point in all 36 of his career starts. However, he has had a quiet start to the season, only scoring three goals in his first five games. Against Albany, he more than matched his usual production.

Connolly put his first goal past Great Danes goalie Nate Siekierski with 2:34 to play in the first quarter. That goal would be the first of five straight UMass goals that were either scored or assisted by Connolly.

“Honestly it wasn’t really me, it was the guys around me,” Connolly said. “The system we play in gives different guys the opportunity to be successful on different days, luckily today was my day.”

The Minutemen have found scoring from a number of different players this year, including Jeff Trainor and Gabe Procyk, who are tied for the most goals this season at 13.

However, Connolly has always played a major role in Cannella’s offense. He is currently UMass’ active leader both in points (131) and assists (72).

In addition, Connolly has received many accolades outside of just the team. In 2018, he was voted the Colonial Athletic Association rookie of the year. In 2019, he was named to the all-CAA second team, and this year he was named to the preseason all-CAA team.

One difference in Connolly’s impact on the Minutemen from years past to this season is his role as a leader. Now a junior, he is starting to impart his knowledge of lacrosse on the future stars of the program.

“Just being a guy that other people can look at and learn from a little bit of the knowledge that I have,” Connolly said. “That’s something I’ve been working on a lot.”

Connolly’s impact as a leader has stretched beyond the offense, inspiring some of the younger guys on the defensive side as well, including freshman goalie Matt Knote.

“He brings a huge [presence],” Knote said. “He’s a big leader on our team, and the guy is always working hard so it helps.”

As a whole, the UMass offense has been rolling lately. After failing to reach the 10-goal mark in each of its first three games this season, it has now scored over 10 in its last three. And its 17 goals against Albany set a new season high.

“All our guys on offense are really good players,” Connolly said. “We’re really versatile and I think we can move guys around in a bunch of different spots and be successful.”

As far as Connolly, he is only 19 points away from reaching 150 in his career and is on pace to reach that milestone this season.

Additionally, Connolly is currently on pace to break the 200-point milestone. If he does this by the end of his senior year, he will become only the sixth player in the history of UMass lacrosse to reach that milestone, joining the likes of Jeff Spooner and Will Manny.

After a grueling stretch of four games in just 11 days, the Minutemen will finally have a week off, before playing their next game on March 10th against LIU at 2 p.m. at Garber Field.