Female athletes are worth more than their appearance

Focus on the player’s performance, not what they look like 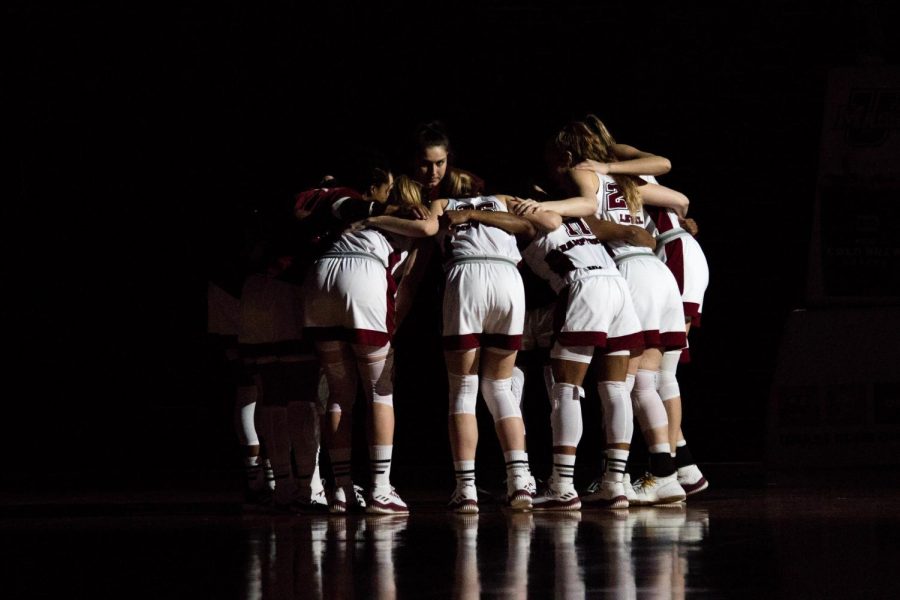 In late February, one of the ballet world’s biggest stars spoke out against the immense pressure within the dance community to be thin. During her appearance on The Today Show, Kathryn Morgan explained how in 2020, dancers are still told to lose weight, a pressure that often diminishes their mental health. Later, in a personal YouTube video, Morgan further delved into horrific anecdotes surrounding body image issues in the dance world: company directors encouraging drug use to lose weight, 12-year-olds suffering from eating disorders and dancers being barred from performing as a result of their weight.

The dance world’s obsession with thinness is dangerous, but this obsession is not exclusive to dancers. For decades, USA Gymnastics ran a cult-like regiment under the watchful eyes of Bela and Martha Karolyi. In wake of the Larry Nassar scandal, countless gymnasts came forward alleging that the USA coaches had starved their athletes, forcing them into extreme diets and shaming young girls who could not lose weight. In an interview with Elle Magazine, Olympic medalist Aly Raisman admitted, “When I was younger I was always told I didn’t have the right body type for gymnastics.”

As upsetting as this appearance-obsessed culture is, I do not find it surprising. Dance and gymnastics are based on aesthetics, meaning one’s appearance is an integral part of the art or sport. Those in power can use this as a means for controlling their students’ image. In a world where dancers and gymnasts are literally judged on their appearances, it is easy for one to become obsessed with their image. However, dictating female athletes’ bodies is unfortunately commonplace in virtually every sport.

There are countless examples of female athletes suffering as a result of this toxic culture. In early February, track star Mary Cain made headlines when she alleged that her Nike coaches had forced her into an abusive diet, starving her into submission, resulting in a deep depression. In 2016, tennis star Eugenie Bouchard admitted to battling an eating disorder due to “a lot of pressure and expectations from the outside world and myself.” According to the National Eating Disorders Association, 62 percent of female athletes “in weight class and aesthetic sports” suffer from disordered eating. While a multitude of factors can cause these eating disorders, coaches’ fixation on the appearance of female athletes is a recurring concern. The value of female athletes often boils down to their weight.

Though it is easy to solely point fingers at the coaches, the pressure they place upon their athletes is evidence of a larger, systemic problem. The mainstream media overtly sexualizes female athletes, often focusing on their image more than their performance. Critics love to obsess over not only female athletes’ weight but their clothing, makeup and hair. In 2016, two Fox News anchors debated whether female Olympians should wear makeup. While Olympians were making inspiring athletic achievements, the reporters were more concerned over whether they should be wearing a little mascara.

There are serious consequences to this toxicity. Cain reports that as a result of her extreme dieting, she stopped menstruating for years and suffered from Relative Energy Deficiency in Sports, or RED-S. Bouchard’s game hit major setbacks when she developed an eating disorder. Many of the USA gymnasts similarly report breaking bones and suffering life-threatening injuries. It’s ironic: in the quest to achieve the “perfect” body, coaches are breaking their athletes. Who cares what you look like if you can’t compete anymore?

Female athletes today are the role models for tomorrow’s Olympians. There are little girls out there watching Mary Cain and Aly Raisman, wanting to be just like them. The world is sending a dangerous message to this next generation of athletes. For female athletes, they play two games: first, their sport, and second, the constant pressure to maintain their image. This is true for all sports, not just for dance, figure skating and gymnastics. Why must we place female athletes’ appearance over their athletic capability? Let’s focus on their game-winning goals, their stellar performances, their Gold medals and major victories, not what they looked like while doing so.

Emma Garber is an Assistant Op/Ed Editor and can be reached at [email protected] and followed on Twitter @EmmaGarber1.