‘Fleabag’’s second season is an antidote to modern life, family, grief and love

'Fleabag' is back and feistier than ever 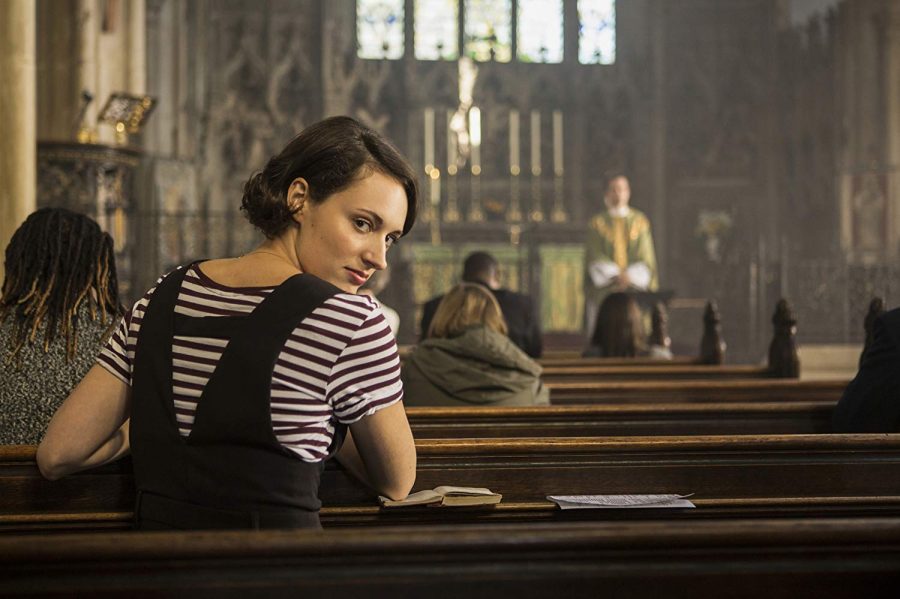 Phoebe Waller-Bridge’s hit sitcom, “Fleabag” returned to our screens in April 2019 and continued to push the boundaries of modern-day television. “Fleabag” began as Waller-Bridge’s one woman show at the Edinburgh Fringe Festival in 2013 where the first season stole the screen and hearts of women of all ages. The second season gained critical acclaim throughout awards season, winning two Golden Globes, six Emmys, a BAFTA and a SAG award.

Season one explored Waller-Bridge’s heroine, Fleabag, experiencing the grief of losing her best friend, her difficult family dynamics running a struggling guinea pig cafe, living up the expectations of her seemingly successful sister and using sex to compensate for her fragile state. The end of season one left the audience pondering where Waller-Bridge would take our lead; the season ended with Fleabag revealing the real reason for her best friend’s death and contemplating suicide only to be saved when she is given a break in the form of a much-needed bank loan. “People make mistakes … that’s why they put rubbers on the ends of pencils” is the final episode’s crucial line, which allows Fleabag to optimistically keep going.

The hopeful ending of the first season left fans pondering where and how the show could progress. The show had already presented many different topics and modern-day issues while also using the now iconic feature of the show – Fleabag’s breaking of the fourth wall, which not only lets viewers see her dark humour, but also her pain and dismay.  In the second season, the natural progression of the show results in Fleabag contemplating religion.

The premise of the second season is in the lead up to the wedding of Fleabag’s father (Bill Paterson) to her godmother (Olivia Colman). Within this premise, we encounter Andrew Scott’s character, who the internet has dubbed “sexy-priest.” He’s a character who has made every viewer question notions of religion and articulates the ultimate sin of temptation, with the kneeling scene being one of the most memorable and tension filled of the season. However, Scott’s character is not simply one of lust for Fleabag, as he sees her for who she is and recognizes the pain she is in. He pushes her to understand her faith, herself and her detrimental coping mechanisms. He also helps us all to remember that in the modern age, religion is still an option we could all consider in a time of crisis. Scott is able to match Fleabag, notably in a scene where he calls out Fleabag for her use of the fourth wall mechanism, for which the show is known, asking, “Who were you just talking to?” This performance led to Scott winning a Critics’ Choice award for best supporting actor, one which was well deserved.

Scott leads a powerful sermon within the final episode, which captures love at its best and is a lasting message of this series. “Love is awful. It’s painful. Frightening. It makes you doubt yourself, judge yourself, distance yourself from the other people in your life. Makes you selfish, makes you creepy, makes you obsessed with your hair … it takes strength to know what’s right. And love isn’t something that weak people do. Being a romantic takes a hell of a lot of hope.”

The show not only focuses on Fleabag’s religious contemplation and lust for a man she cannot have, but it continues to address issues which impact all women. Although the show has been criticised for being too posh to be truly relatable, it balances this by addressing taboo topics and reminding us all of the issues which women often face in silence. Another wise line from Scott sums this up, “Women are born with pain built in … period pain, sore boobs, childbirth … [Men] have to seek it out … they create wars, so they can feel things and touch each other, and when there aren’t any wars, they can play rugby.” The show not only presents grief, depression and female sexuality, but also the breakdown of Fleabag’s sister’s marriage and her own self-discovery. The first episode notably deals with Claire suffering a miscarriage and Fleabag taking the fall. Sian Clifford’s performance is painful and yet empowering, as she realizes what she truly desires and also gets an iconic haircut on the way.

Although the show does not resolve all of the issues which it has presented throughout both of its seasons, the ending is just. Fleabag does not get the happy ending that most hopeless romantics would have hoped for, instead Waller-Bridge decided on a far more necessary ending that conveys the sense that Fleabag will be okay. Her life is a lot better than when we first encountered her, and in those final moments at the busy London bus stop, we leave her knowing she is a better person and is now able to cope with life having survived her turmoil. Therefore, our observations of a woman on the brink of crisis are no longer necessary.

The final shots consist of a questionable CGI fox, while the appropriately chosen “This Feeling” by Alabama Shakes plays in the background to conclude this heartfelt goodbye to Waller-Bridge’s iconic character and her chaotic story. The last shot includes Fleabag breaking the fourth wall for the final time, only to shake her head to signify to the audience that our journey with her is over as she walks into the night and waves goodbye. Having let us see her at her worst, we can only hope for what she can achieve at her best.

“Fleabag” has made Waller-Bridge a household name and an international success, it will be interesting to see what she does next. Can she surpass her first creative endeavour? The show is a spectacular look at the life of a modern woman, but it’s also a much-needed reminder of the pain and confusion which we all encounter. It is thought provoking, controversial and emotionally raw, but most importantly it makes us all remember the power of hope.

Fleabag seasons 1 and 2 are available on Amazon Prime.

Robyn Cowie can be reached at [email protected]