Living on campus during COVID-19

UMass is continuing to operate for students staying on campus, but it’s come with complications. 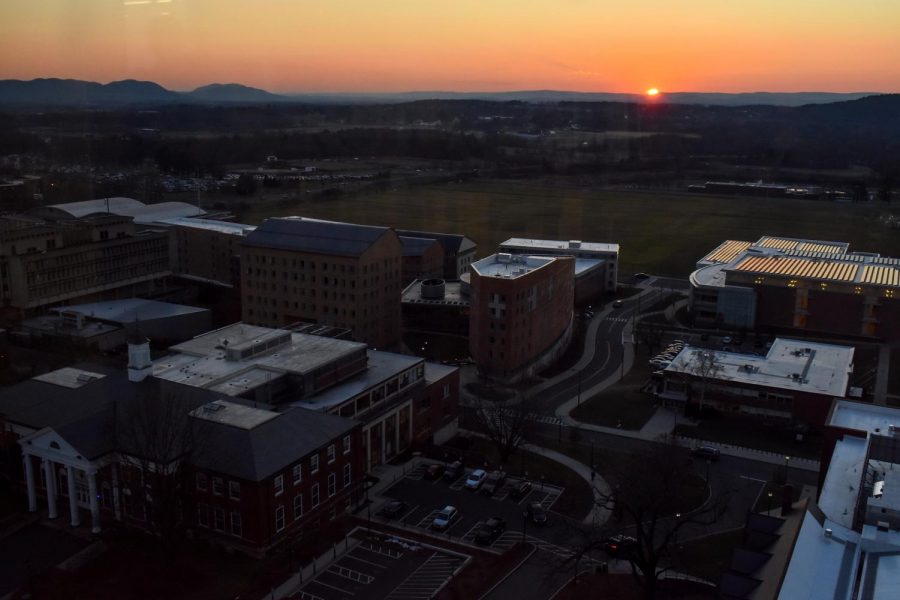 On March 13, Chancellor Kumble R. Subbaswamy announced to the University of Massachusetts community that the University would be suspending all in-person classes for the rest of the semester.

According to the UMass Amherst Response to the Coronavirus website, shifting to online classes has displaced 14,000 UMass students from their dorms, requiring many to return to their permanent residences.

Students with personal circumstances may request to stay on campus after Saturday, March 21. Some of these circumstances include being unable to travel to your home country, being a critical “on-site student employee” and continuing academic internships or clinicals, as well as other personal situations such as a home community being quarantined or no permanent address.

One of these remaining students is freshman mathematics major Evy Fang. Fang is a Guangzhou native who is staying in her dorm after not being able to travel back to her home country of China.

“Tickets are hard to get now,” says Fang. “I’ll probably have to stay the rest of my semester.”

Despite the panic over the rapid moveout of students, Fang says that her dorm building is surprisingly empty.

“Me and my RA are the only two on my floor,” Fang said.

The UMass COVID-19 response website warns students who may have left belongings behind “not to come to campus and attempt to move out of your room.” However, some students are desperate to gather their things before possible state lockdowns are enabled.

For freshman sports journalism major Aadit Mehta, the announcement that students had to leave campus was made an hour before his flight to Seattle took off.

“It’s definitely frustrating because they sent an email that we weren’t going back at all, like, an hour before my flight took off,” Mehta said. “It seems really unfortunate that I have to fly back again to pack up my stuff and fly with my bags back to Seattle. I know it’s a unique crisis but if they were going to make an announcement on Friday, they should’ve done it earlier.”

Mehta is flying back to Amherst from Issaquah, Washington with his father to pack up his dorm.

“I applied to stay during spring break but the only reason I’m going back right now is to pack up my stuff because I got permission to be on campus until [March 21],” Mehta said.

According to the University, Residential Life staff are currently coordinating a plan for students to be able to move out of their dorms “in a way that enables social distancing”.

“Because I don’t live on campus, UMass hasn’t done anything to make my stay easier. They’re not involved in my lease or living situation so there’s not much they could do,” says Cantoni.

Cantoni also has the opportunity to cook at home, which he takes advantage of instead of going to the on-campus dining commons.

Fang has been eating on campus over spring break and says that the options aren’t limited.

“Eating on campus is actually not bad,” said Fang. “Staff are pretty aware of distance and we can take out now.”

Students are not allowed to serve themselves food or drinks — everything is served in takeout containers. Providing students with takeout is part of a plan for “increased cleaning measures” to “maintain healthy practices to prevent the spread of coronavirus.”

In Amherst, many businesses are either closing or switching to takeout only.

Resources such as University Health Services and Center for Counseling and Psychological Health will continue to be open throughout the spring semester. However, for CCPH, “routine psychotherapy and psychiatry appointments for existing clients will be conducted by phone.”

While certain services continue to be open, the absence of 36,000 students has turned UMass into a ghost town.

“There are few students here so there’s not much social scene, but with corona there wouldn’t be much of one anyways,” Cantoni said.

According to UMass, other resources such as the W.E.B. DuBois Library and Recreation Center will be closed until further notice. Library staff will be working to provide online resources for students such as “scanning course reserve materials.”