‘Locke and Key’: The series of many genres 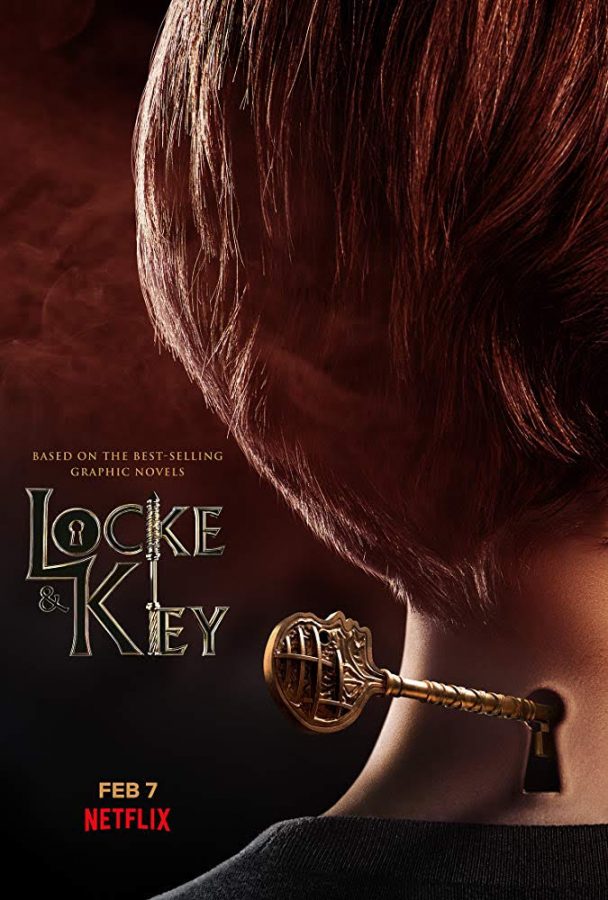 Photo from IMDB page for Locke and Key

It seems as if Netflix’s new original series “Locke and Key” just came out of nowhere. From the brief trailer I watched beforehand, I immediately understood that the series would be fantasy based and I wasn’t wrong.

The series is a mixture of fantasy drama and horror and is based on the comic book series written by Joe Hill. Fans of the original comics have been waiting almost a decade for the adaptation and so, as with every adaptation, the chance of Netflix getting it “wrong” was high. The plot centres around a family who move from Seattle to Massachusetts after the murder of their father (Bill Heck) and reside in their deceased father’s family home. The family consists of the mother Nina, (Darby Stanchfied) and her children, Tyler (Connor Jessup), Bode (Jackson Robert Scott), and Kinsey (Emilia Jones). The house has many secrets that can be explored with mysterious keys, which the children find and begin to try and understand the secrets of Keyhouse, whilst simultaneously fighting a demonic presence.

Thirty minutes into the first episode, I had my doubts. In the beginning of the series, it seemed the actors were too and it felt acutely aware that they were reading off of a script instead of portraying characters living in the moment. At times, the script seems jolted and arguably lazy, but as the series progressed, the actors seem more confident and as a direct result, the characters become more believable and the series improves with each episode. However, there are issues with each individual character, for example with the character of Kinsey who is, at times aggravating. Throughout the show she constantly swings back and forth between treating people horribly, apologising and then treating them horribly again to the point of even putting people in danger. Underneath it all it is clear Kinsey is just mourning the loss of her father and is complex in character.

The series is largely centred around the theme of grief and trauma as each family member individually deals with the death of the father. Through the characters of Tyler and Kinsey especially, we can see how guilt can play heavily into grief and with the use of flashbacks, we are forced to empathise with the characters.

The character of the mother, Nina, seems if anything, vacant. Her character is underwhelming and at times frustrating. Her lack of knowledge on anything that is occurring with her children seems almost humorous and it is that critical flaw that stops her from developing into a strong character. It is clear that it is the children that lie at the heart of Keyhouse and this series.

The series constantly flips between a dark fantasy with the magical house where supernatural mythology and magic keys belong, to more real-life drama with love triangles and friendships. The series feels oddly comforting and familiar in its fantasy yet has aspects to it that set it apart from other series in the genre. The special effects are impressive, alongside the extravagant aesthetic of the series. An aspect of the series that also works really well was the series’ score by Torn Borrowdale. The classical music is beautiful and really helps to add to the fantasy element.

It is clear that the series adaptation tries to stray away from the horror aspect of the comic books and focuses more on the fantasy and drama elements — this could be to the dismay of the comic series fans. There are times in which the series tries to explore the horror element further, but it seems to only tiptoe around the edge of the genre. The “demonic” presence, played by Laysla de Oliviera, is really not scary at all and it is uncertain whether she is meant to be terrifying or not. In result, figuring out the age-demographic for the series is confusing. However, the exploration of issues such as grief, friendships and teenage relationships leads me to think that this series is aiming to appeal to a more family-friendly, general audience.

Overall, “Locke and Key” is a fun, fantasy watch that tries to tackle many, perhaps too many, genres and is therefore an at-times confusing jumble. For the comic book fans – yes, it has its spooky elements, but is in no way a horror-based television show with jump scares and shaky camera effects.