COVID-19 pandemic results in the suspension of UMass study abroad and exchange programs. 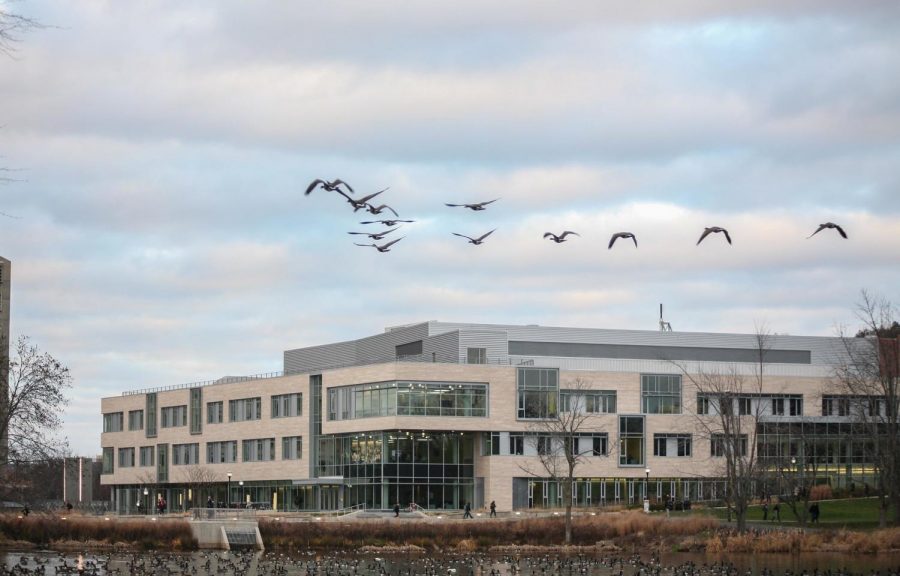 Students living on-campus at the University of Massachusetts have not been the only ones returning home in light of the University’s recent transition to remote learning, as nearly 600 UMass students have been forced to return home from studying abroad amidst the on-going COVID-19 pandemic.

UMass has suspended all study abroad and exchange programs in China, South Korea and all 26 European member nations in the Schengen Treaty Area until further notice. Students in currently operating programs are encouraged to return home as soon as possible.

In an email sent to students enrolled in study abroad or exchange programs on March 17, Mark Eckman, director of education abroad in the UMass International Programs Office, “very strongly” recommended that students currently in destinations where programs or universities are still operating immediately make travel arrangements to return the United States or their permanent place of residence.

On Feb. 28, Eckman emailed students enrolled in programs in Italy, informing them that the University had “decided to suspend all study-abroad activity in Italy,” and asked all students to “return home as soon as possible, and no later than Friday, March 6.”

Nicholas DeCastro, a sophomore operations and information management major, had been enrolled in the Global Business Institute program within the CAPA Florence study abroad program in Florence, Italy. DeCastro left Florence for spring break one day prior to a diagnosis of COVID-19 in Venice, Italy.

“Before long, I had a plane ticket booked from the location I was staying at and left all my belongings in my apartment so I wouldn’t have to go back to Florence,” DeCastro said.

While UMass has been “in constant communication” with students and has been “reaching out with resources,” DeCastro worries about the financial implications the program’s suspension will have and hopes both UMass and CAPA will address his concerns.

“Everyone has been relatively in the dark about how finances will be handled, which is clearly concerning given the current situation,” DeCastro said.

Although there had been “talk” of transitioning to remote learning, “it all seemed hypothetical and life in France was completely normal,” Aro said. “Just last week I was taking the metro every day to class.”

Aro recalled how quickly her perception of COVID-19 changed over her last few days abroad, as she returned home within 24 hours of President Donald Trump’s presidential proclamation regarding new travel restrictions, which was announced on March 11 and led to the suspension of several other UMass European abroad programs.

“I got home, I did the groceries for the next two weeks, made dinner, and went to bed at 10 p.m.,” said Aro. “I got woken up at 3:30 a.m. by my roommates telling me we had to leave the country immediately, and to call my parents to book a ticket to leave in the next few hours. It was such a weird feeling because, although I knew the cases were increasing, I did not expect to have to leave immediately. Even for Italian students, they had a few days to gather their things and leave – I had three hours.”

Aro wishes she had studied abroad during a prior semester during her time at UMass, as she expressed her disappointment at her lost chance to pursue her academic studies abroad.

“I’m devastated something I’ve waited my whole life for [was] taken away from me overnight, and I’ll never get the chance to study abroad again given the way my majors work and how long I planned this out,” said Aro. “It is completely out of my control. It is so painful. But there was no way of knowing – no one could have ever seen this coming.”

Sedona Claypoole, a junior operations and information management major, had been enrolled in the API study abroad program in Budapest, Hungary, one of the last countries in the European Union to start reporting confirmed positive COVID-19 cases.

“I think my perspective has changed a lot,” said Claypoole. “At first I thought it was unfair, having that kind of ‘woe is me’ perspective. I think at this point, everyone’s lives have been affected in such a crazy and unimaginable way, and no one can say ‘I’m the victim in this situation,’ because we’re all trying to stay healthy and do the best we can.”

Claypoole recalled how she felt like the “mood really shifted” when the first confirmed positive COVID-19 case emerged in Hungary on March 4.

“That’s when things started to get real,” Claypoole said. “People began wearing masks on public transportation. You weren’t allowed to enter the front of the bus to help protect the driver. Only a certain amount of people were allowed to enter pharmacies, and restaurants and shops had to close at 3 p.m.”

Claypoole appreciated UMass’s decision to make case-by-case decisions about whether or not to suspend different study abroad and exchange programs, as another student in the API Budapest, Hungary program had to return home immediately after Clemson University decided to suspend all abroad programs.

“It created a bunch of chaos and Clemson didn’t handle it well, so I was pretty proud that UMass didn’t do that,” said Claypoole.

Claypoole was notified by an email from Eckman on March 12 that UMass had decided to suspend “all study-abroad and exchange activities in the Schengen area until further notice,” and UMass would “provide up to $500 assistance to every student for flight change or rebooking costs if your airline does not provide you with penalty free changes.”

DeCastro, Aro and Claypoole are three among the hundreds of students currently self-quarantining following their trips home from abroad. Although their time abroad came to an abrupt end, some students are still trying to maintain a positive, patient and supportive attitude.

“I know students are rightfully demanding things like housing money back and meal plan money back,” said Claypoole, “But I think everyone just needs to be patient and let UMass do its thing and kind of put some trust in there, because the school is struggling, everyone is struggling, the administration is struggling. So I think we just need to be patient and kind of give everyone the benefit of the doubt here because we’re not the only ones affected by this. This is a huge financial hit to the University, as well.”

“The more time that came to pass, I realized that the situation was changing, constantly, but never for the better,” said DeCastro. “Now I’m cautiously optimistic about the situation and I’m hoping for the best.”

McKenna Premus is a Collegian columnist and can be reached at [email protected] and followed on Twitter @mckenna_premus.