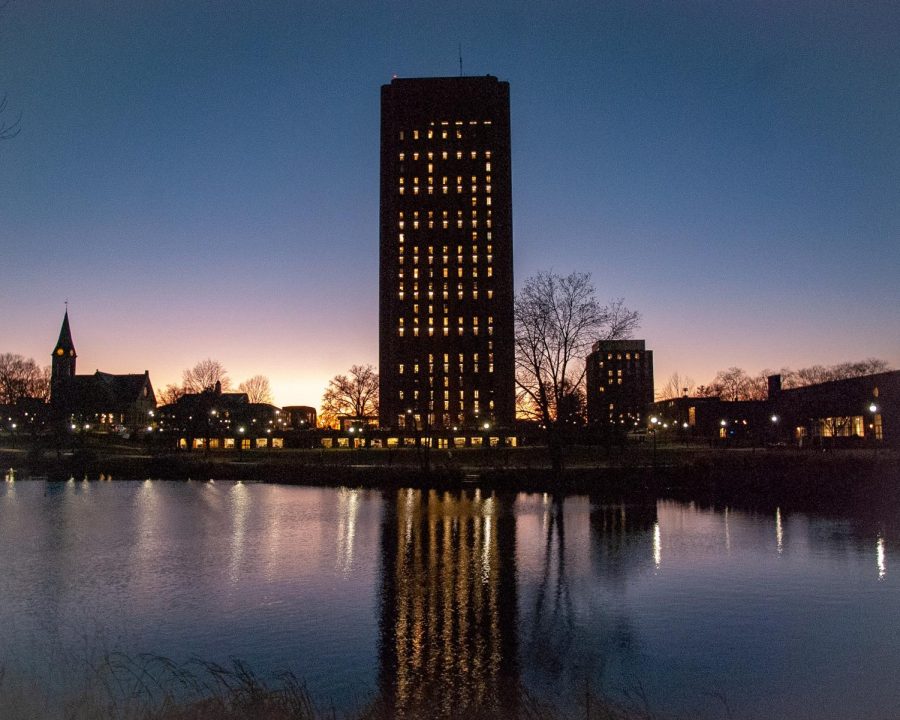 On March 20, the University of Massachusetts Amherst campus announced plans to change all undergraduate courses to letter grading with an option to take the course pass/fail, in response to “the extraordinary situation created by Federal and State mandated measures to reduce the spread of COVID-19.”

According to a press release on the UMass Amherst “Response to the Coronavirus” website, all courses previously “Letter Grade Only” will be changed to “Letter Grading with Pass/Fail option.” Students who elect to take courses pass/fail will be allowed to select this option through Wednesday, April 29. University policies restricting the number of pass/fail courses students can take in a semester and towards their major, school and University requirements, including general education and writing courses, will be suspended for the Spring 2020 semester.

The Commonwealth Honors College requirement that only letter graded courses will count towards honors graduation will also be suspended for the Spring 2020 semester.

The current UMass process dictates that in courses with a grading scheme of “Letter Grade w/option for Pass/Fail,” the instructor will submit a letter grade for every student. If the grade earned is an “F,” the grade will be factored into the student’s GPA. If the letter grade is a passing grade, an “initial computation of the cumulative average will be made,” which will include the average of all graded courses from prior semesters and graded courses from the current semester. According to the press release, if a student elects to take a course pass/fail during the current semester and the final grade is higher than the initially computed cumulative average, “the reported letter grade will be recorded and the cumulative average recomputed; otherwise the P or F will be recorded,” ensuring there will be letter grading for students whose GPA will be helped.

Students will have up to six months after graduation to select a letter or pass/fail grade before their University transcript is finalized and no further changes are allowed. If a student receives a “pass” grade in a course which requires a letter grade (such as a course for application to graduate school, professional programs, scholarship applications or “post-baccalaureate purposes”), the student can request an official letter from the University Registrar’s office indicating the letter grade submitted by the course instructor.

Graduate students and undergraduate students enrolled in graduate-level courses (600-level or above) will follow the graduate grading rules. According to the University statement, for “most” of these courses, “an SAT (satisfactory) grade is available instead of the elective pass/fail option available at the undergraduate level.” Undergraduates in these courses are instructed to make arrangements with their instructors in order to receive an SAT instead of a letter grade prior to the end of the semester.

Ana Pietrewicz is an assistant Op/Ed editor and can be reached at [email protected] or followed on Twitter at @anapietrewicz.