UMass heads to No. 3 Georgia for three-game series

The Bulldogs’ MLB talent will be daunting task for Minutemen 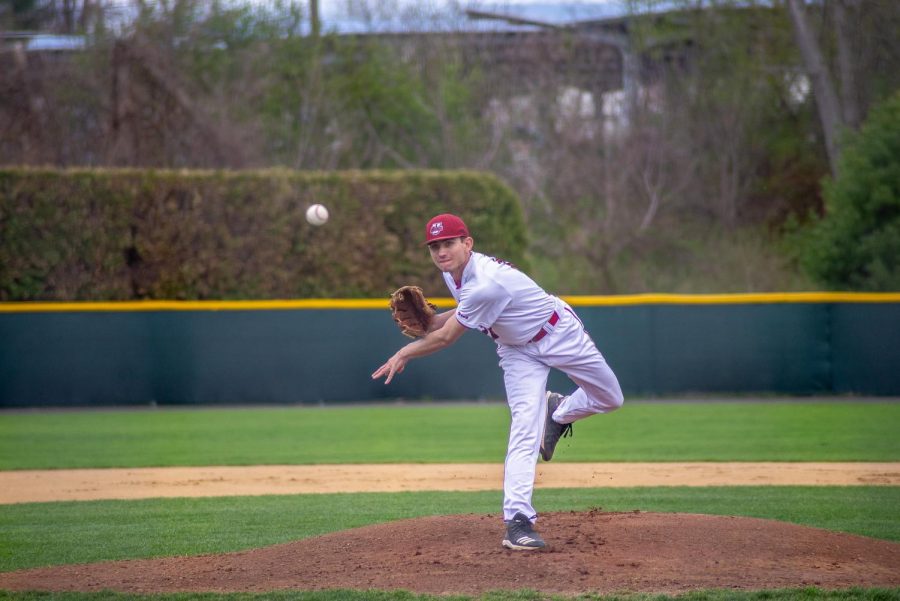 UMass is heading down to Athens, Georgia this weekend to take on Georgia in a three-game series in what will likely be the Minutemen’s toughest matchup of the year.

The Bulldogs (11-2) are a consensus top-five team in the country and loaded with MLB draft prospects.

This isn’t the best time for UMass (1-5) to be facing its toughest opponent either, as the Minutemen are coming in off a five-game losing skid and a series sweep by Navy, in which the Midshipmen outscored the Minutemen 31-7.

“I think we can just take that, learn from it and don’t dwell on it,” junior first baseman/left fielder Anthony Videtto said. “But moving forward, we have to use that to fuel us for the rest of the season.”

The players to look out for on the Bulldogs are ace pitcher Emerson Hancock and Cole Wilcox. Hancock is a 6-foot-4, 215-pound right-handed junior with a fastball that reached the high 90s and a well-developed slider and changeup. Wilcox is a 6-foot 5-inch, 230-pound sophomore who has reached triple digits with his fastball and is also armed with a solid changeup.

The two pitchers are going to get drafted in the upcoming MLB draft, and early. Hancock is likely to go top-three overall, while Wilcox will land somewhere in the middle of the first round.

“It’s a tough battle as a hitter to go up against 95 miles an hour,” Videtto said. “We just have to crank up the machines and trust our instincts and just see the ball and hit the ball at the end of the day. There’s nothing more you can really do to prepare for them other than look at scouting reports and watch film. You just have to go out there and win the one on one battles against them.”

UMass isn’t going down to Georgia expecting a sweep, but they are looking to get back on the right footing after a rough start to the season.

“Regardless of our opponent, we have to play better ourselves,” UMass coach Matt Reynolds said. “We beat ourselves over the weekend, so the goal for this weekend is to start playing good baseball and to control what we can control, not really worrying about the scoreboard.”

Last weekend highlighted the lack of experience in the starting nine and in the bullpen. With senior captain Eddy Hart out for this weekend against the Bulldogs and the Minutemen’s best hitter Collin Shapiro likely out for a while, they are going to have to continue to try and make the most of what they have in their youth.

“[Hart] would be hitting either one, two or three for us,” Reynolds said. “Then add in Shapiro, who led off basically all of last year. You’re talking about two guys that are going to hit one through three in some capacity not being in the lineup, and it hurts. It would hurt anybody in the country. On the positive side, we’ve got some guys getting opportunities that may not have been there, which can help us in the future.”

Pitching was a big concern for the Minutemen last weekend, with all three starters in Sean Harney, Ben Shields and Jack Steele struggling early and having high pitch counts, forcing Reynolds and his staff to dig into the bullpen earlier than they would like to. Even with the struggles, Reynolds is showing trust in the three by staying with them even after a rough weekend.

“We just have to execute better,” Reynolds said. “Everyone will have a chance to view their hitters on video and figure out the best way to try to attack them. But the bottom line is we’ve got to throw more strikes, be more efficient and get ahead of hitters, all the basics. Hopefully that approach is different this weekend versus last weekend.”

UMass is well aware of the talent that will be on the other side in these three games, but it is more focused on its progression and development as a whole rather than getting fixated on the strength of one of the best teams in the country.

First pitch will be this Friday at 6 p.m. at Foley Field.