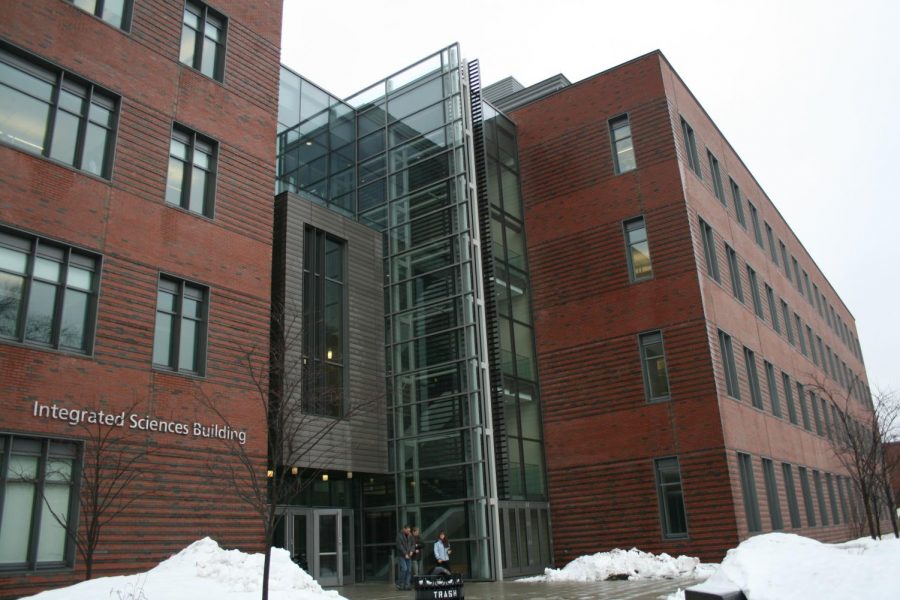 Two researchers at the University of Massachusetts recently developed a new source of energy, called “Air-Gen,” which is short for air-powered generator. The University published a press release on Feb. 17, explaining the specifics of the invention.

The device uses “electrically conductive protein nanowires produced by the microbe Geobacter. . . and connects electrodes to the protein nanowires in such a way that electrical current is generated from the water vapor naturally present in the atmosphere,” the press release reads.

Jun Yao, one of the scientists who developed the device, used the example of lightning to explain how the device functions. He explained that water molecules build up between the top and bottom interfaces of a cloud. The cloud then discharges the lightning which is the actual electricity.

This technology relies solely on water molecules in the air to generate electricity, giving it an advantage over other types of sustainable energy, according to Derek Lovley, one of the scientists who worked on the project. “We don’t need sun, we don’t need wind, we can make power 24/7, even indoors,” Lovley said.

The device has promising aspects in terms of sustainability, according to the researchers.

“It does no harm to the environment. It basically ‘sieves’ the electric energy from the moisture, but does not change the water molecule,” Yao said. “So it’s an ideal clean and safe energy.”

The device is also cost efficient, according to Xiaomeng Liu, a graduate student who worked on the project. “This air-powered generator, with electrically conductive protein nanowires produced by the microbe Geobacter is non-polluting, renewable and low-cost,” he said.

Although the device relies on water vapor from the air, it can also function in very dry areas, according to Lovley: “Even quite dry air, say the air in the Sahara desert, there’s still enough humidity to make quite a bit of power with it.”

The researchers also discussed they’re long-term goals for the device, which they plan to take commercial: “we will develop large scale Air-Gen systems. We hope our system can power wearable electronics and even homes,” Liu said.

“The goal would be, for example, to power your smartphone, so it doesn’t need to be plugged in,” Lovley said. Liu even discussed incorporating the technology into paint in order to power a house. “This is all still theoretical at the moment,” Lovley said.

The team made this discovery accidentally while working on a separate project.

“I wanted to develop some sensors based on protein nanowire at first,” Liu said. “Accidentally, I found that when the nanowires were contacted with electrodes in a specific way the devices generated a current… Then we designed several control tests and found the ambient humidity was the energy source.”

The researchers tried to disprove the theory, but they couldn’t, according to Lovley.

Despite all the work they’ve done so far, it is still a work in progress: “We are also working on the deeper understanding of the mechanism – so in some future we may design synthetic or engineered materials for energy harvesting,” Yao said.