UMass looking to reach .500 on the season for conference play 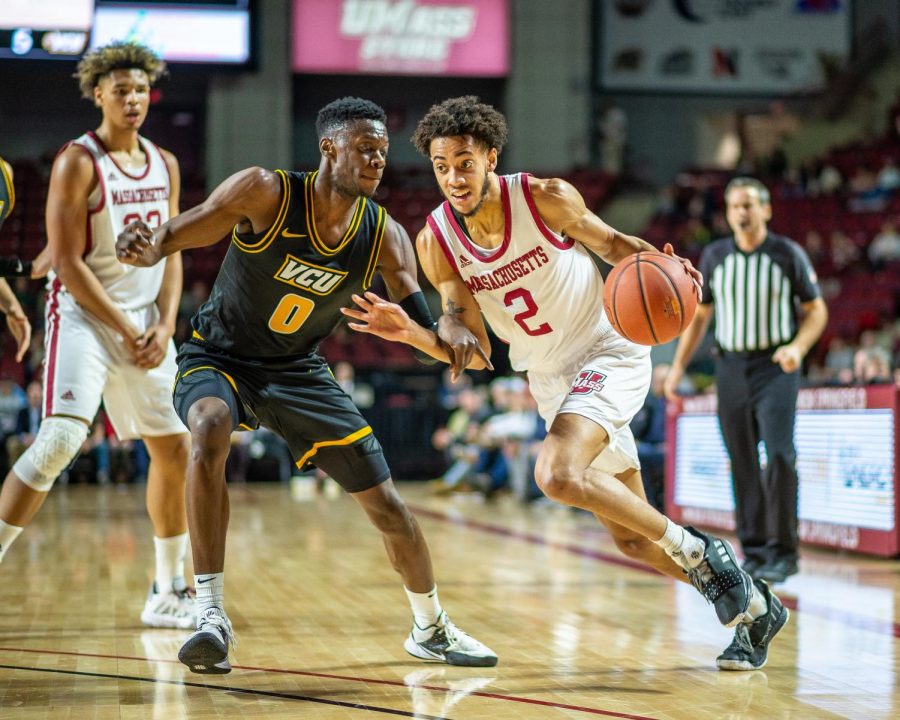 Saturday’s contest for the Massachusetts men’s basketball team won’t affect its place in the standings or what day it starts the Atlantic 10 basketball tournament, instead it’s a whole lot about pride, something UMass coach Matt McCall has emphasized in the program.

The Minutemen relied heavily on the performance of Tre Mitchell when they narrowly lost to the Rams on the road earlier in February. The two teams went very different directions after that game, as UMass rebounded from its loss to the Rams with crucial home wins against VCU and Saint Louis, while the Rams have lost three of their last four games and seen their odds of making the NCAA tournament drop significantly.

“This is a rivalry game,” McCall said. “It’s like Florida and Florida State, Yankees and Red Sox, it’s pride and it’s safe to say that they have owned this rivalry over the last five to six years, whatever it is they’ve won a lot and we have won very few. There is pride on the line, and if you can’t get up for a game like that on Senior Day then I don’t know if you are a true competitor. This is a lot at stake. Sure, our seed is set, but the only thing that does for us right now is let us know what time we are leaving next week. This is pride and we got to go out and compete at a high level.”

The Minutemen certainly have struggled in their contests with the Rams, losing four of their last five games since the 2017-2018 season. UMass stayed within reach for majority of the time in the last time out against URI, but that was thanks to in large part from the dominant basketball Mitchell was playing out on the court. The freshman finished with a season-high 30 points that game and carried UMass to within close reach of the lead throughout the two halves.

The possible absence of Djery Baptiste on Saturday will once again force Mitchell into an increase in minutes due to the lack of strength and height on the bench down low for the Minutemen.

“I just want him to feel comfortable more than anything,” McCall said of Baptiste. “To feel comfortable running, stopping, jumping so it’ll be just a game-time decision. We will see how he responds out there in the pre-game shootaround.”

The Rams have prolific scorers on their team that will threaten UMass’ defense come Saturday. Their leading scorer Fatts Russell is averaging 19.1 points per game to go along with 36 percent shooting from deep. Along with Russell is the threat of Cyril Langevine and Jeff Dowtin who both put up double-digits in points the last time they squared off against UMass.

“They obviously are coming off of two difficult games at home against St. Louis and Dayton,” said McCall. “They’ve probably prepared for this game and they are playing for a lot. There is a lot on the line and we just can’t let Fatts come down and go nuts. He struggled a little bit against Dayton and he will be ready to go; he is one of the best guards in the league. I think Dowtin is in the same category, I know Fatts gets a lot of the accolades but Dowtin has played in the NCAA tournament, well they both have, and they are winners. They have won this league, and then you have a front-court player like Langevine, so we have our work cut out for us.”

The Minutemen take on URI at home Saturday with tip off scheduled for 7 p.m. at the Mullins Center.