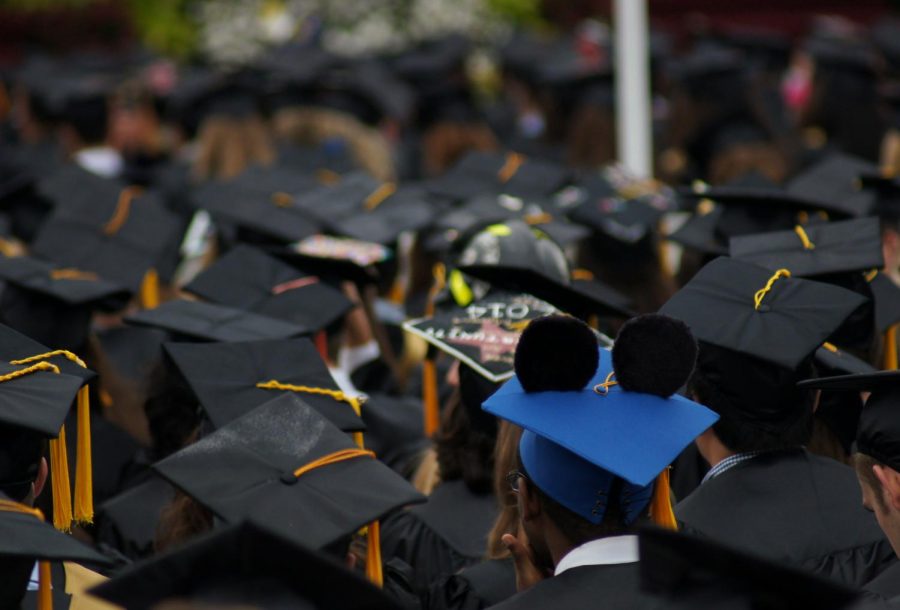 The Amherst campus of the University of Massachusetts postponed its 2020 commencement in an effort to mitigate the spread of COVID-19, according to an email sent by Chancellor Kumble Subbaswamy on Tuesday afternoon.

The commencement was scheduled for Friday, May 8. A majority of students are no longer on the campus following the suspension of in-person classes and limitations for on-campus residency.

“This decision was made with a heavy heart, knowing what a seminal moment this day is in the lives of our students, their families, and the entire UMass community,” Subbaswamy wrote in the email.

The Chancellor added that the University plans to honor graduates in an alternative way based on input from students: “Those wishing to share ideas can email them to [email protected] As our plans take shape, we will keep the campus updated.”

UMass joins several other colleges and universities nationwide in postponing commencement events, including Ohio State University, the University of Pittsburgh and the University of Connecticut. In the Five College Consortium, other institutions have not publicly made a decision. Smith College, which plans to host Speaker Nancy Pelosi at the event, stated the college is “closely monitoring potential consequences for Commencement” but that there were no updates.

UMass Amherst Alumni tweeted in support of the senior class, encouraging others to do the same: “Sending love to the Class of 2020. Share your words of encouragement and support in the comments below. #UMass2020 #UMassCommunity.”

Senior nursing major Lauren Basque said, “It’s disappointing because it’s that moment that we get to have closure for all that has happened the last four years. The ups, the downs, everything. It is the moment we look back on for years to come.”

Alexandra McCandless, a political science senior, explained she knew the decision to postpone commencement was inevitable, but she’s still upset.

“I’m just so glad that they’re not cancelling it entirely like some other schools,” McCandless stated. “I would be so happy if we get to have commencement whenever this is all over!”

Similarly, senior nursing major Taylor Anderson said, “I’m heartbroken, but knew this was going to happen. We all worked so hard for four years for this moment and I just hope that it still is able to be [the] big celebration that it’s meant to be the day it gets postponed to.”

In response to the postponed ceremony, senior biology and English double major Victoria Giffin commented, “I hope they reschedule it. I’m already so sad to be leaving. It would almost feel like closure to have a ceremony instead of being left hanging.”

Abigail McDonough responded she would like to have commencement in September.

“[I’m] thankful it was postponed and not cancelled. [I] understand the situation and appreciate the opportunity for input,” McDonough said.

The Massachusetts Daily Collegian has reported on a Commencement or Convocation ceremony every year since 1915 according to its archives.

Kathrine Esten, Cassandra McGrath, Abigail Charpentier and McKenna Premus contributed to this article. The Collegian News Staff can be reached at [email protected] and followed on Twitter @CollegianNews.