‘There are so many things that still have to get done’ 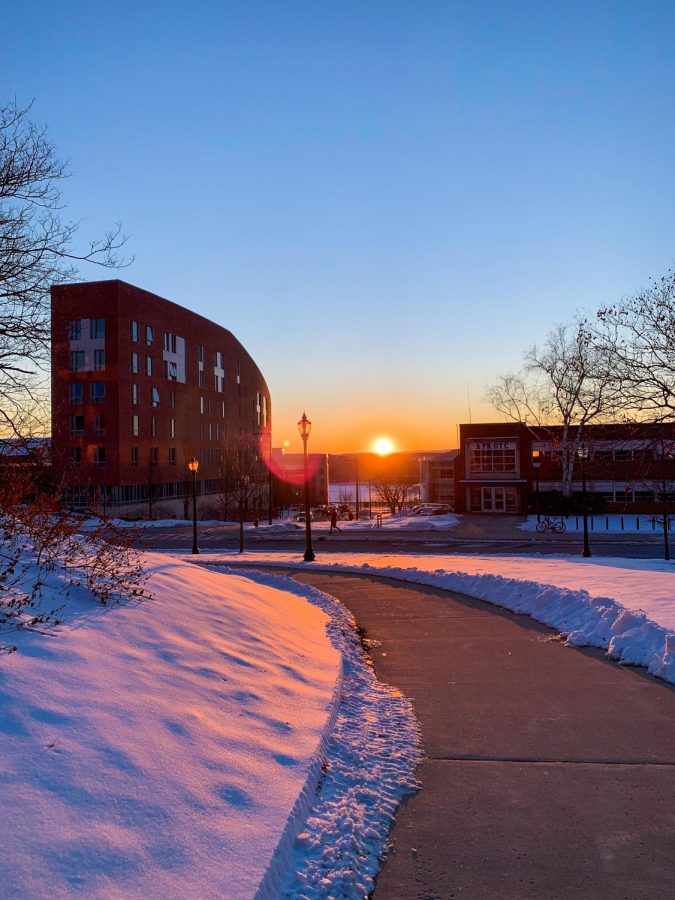 By Kathrine Esten and Aidan Poole

While students are no longer attending in-person classes at the University of Massachusetts due to the COVID-19 pandemic, student leaders in clubs and organizations are looking for a way to maintain the communities they have built on campus.

As the transition to online learning officially began on March 23, most UMass students have left campus and returned home as instructed by the University in an effort to stem the spread of COVID-19. Student leaders in Registered Student Organizations, Greek Life and religious life on campus expressed a mixture of disappointment and concern about the future of their organizations without members being able to meet in person.

Greek Life groups and the UMass Theatre Guild are focusing their attention on being prepared to return to school next fall, whereas the Newman Catholic Student Association is striving to continue connecting with their community through the semester by engaging students online.

“There are so many things that still have to get done,” said Andrea Whalen, the chairperson of the UMass Theatre Guild, “even though we’re not on campus.”

In the wake of the University’s announcement, the Guild had to cancel their two spring productions, “She Loves Me” and “The Glass Menagerie.” Whalen said it was disappointing, as the executive board had fought to get the rights to the shows and were “halfway through making sets” when the news came that they would not be returning to campus.

“We finally got the rights, we were in rehearsals and then, COVID-19,” Whalen said. “She Loves Me” was planned for the week after spring break, and Guild members talked about finding an alternate performance venue.

By the time the second email came on Friday afternoon, Whalen said, “We all kind of knew it was coming.”

While members are unable to meet in person, the Guild has begun remote operation as they plan spring elections and consider shows for the fall season. Whalen said that the group usually “hits the ground running” in the fall, with shows already selected and directors already hired, and she hopes the Guild will be in the same place for the fall 2020 semester.

“We’re already prepping for next year, but there’s a lot of loose ends to still take care of,” Whalen said, adding that the group was supposed to move into the new Student Union in the fall, but it wasn’t clear if that was still happening.

As a senior art history and history major, Whalen said the sudden end of the Guild’s season was “heartbreaking.”

“I’ve done this for eight semesters and I have not stopped doing Guild since I started at college.” Whalen spoke about traditions for graduating members which were supposed to take place later in the semester, but will no longer happen. “It’s gone, and I can’t get it back, but as chair, all I can do now is make sure the next Guild, the next E-Board is set up for success.”

“Guild will go on, even if I’m not there to be part of it,” Whalen said. In the final days on campus, the Guild filmed some of the last rehearsal for “The Glass Menagerie” as a “memento” for the people involved in the production. While the recording can’t be published online due to copyright laws, Whalen said the goal in recording it was to say, “We did this, and it was going to be great.”

“You thought you had more time, and all that time to be removed,” Musshorn said.

Musshorn, an environmental science and natural resource conservation junior, explained that Greek Life is “all about the community.” Being absent from her sorority sisters and not being able to say goodbye to seniors is “really hard,” especially given how frequently the organization met. While dealing with logistical challenges, like recruiting new members for the fall, Pan-Hel hopes to keep its members engaged while they’re at home.

“For a lot of us, we chose UMass for the potential of social interaction, whether it be in class or in our organization,” said Logan, a junior public health and operations and information management student. “You can’t get that out of an online interaction.”

The IFC and Pan-Hel, like the Guild, have cancelled their programming for the rest of the semester but hope to continue their work virtually. Logan, who said his role with the IFC is to advocate for fraternities across the UMass campus, talked about the financial and academic concerns of members during the transition to online learning. He added that the IFC’s priority is to make sure everyone in the organization finishes the semester in good standing and are in safe situations.

While there are many events to be rescheduled, including Sexual Assault Awareness workshops, “Greek Week,” the largest event of the spring semester, may face logistical challenges. Logan gave the example of athletic competitions, which will likely be cancelled due to venue conflicts once the football team is back in season.  “It isn’t necessarily a bad thing, but it’s going to be interesting to see how we figure out everything. It’s uncharted waters.”

However, both Logan and Musshorn said they wanted to avoid over-programming in the fall. Musshorn said, “Now we have to figure out when we can fit in all this additional programming as well.”

“We’re doing our best and any help that we can get is much appreciated, or any assistance we can provide, we’re more than willing to help in this time of need,” Logan said. “The crisis isn’t really going to end until everyone collaborates.”

Michael Byrne, the president of the Newman Catholic Student Association, spoke about transitioning his community onto a digital platform while student members are at home. He mentioned several plans he hopes to put in place, including continuing Bible Study meetings on “Zoom.”

Byrne, a junior psychology major, hopes that Newman’s weekly Sunday mass will start to be uploaded online within a couple weeks, giving time for the organization to adjust to the sudden changes. This would be a big step, but he said that the priests are “open to it” as an option. He also hopes to continue making the homily available as a podcast online for the rest of the semester.

While the state has issued a stay-at-home advisory, Byrne said he hoped that the groups would eventually be able to organize small get-togethers in regions around Massachusetts if the virus dies down near the end of the semester. Byrne said he hoped it would keep the “physical community aspect” alive, but emphasized he would only move forward with the plan if all social distancing practices were strictly followed.

Since Newman’s elections were held during the week before spring break, Byrne feels the organization is well equipped to readjust to life back on campus next fall.

Byrne said, “We’ve tried very hard this year to build community” and we’re “trying to think of great ways to continue our work.”