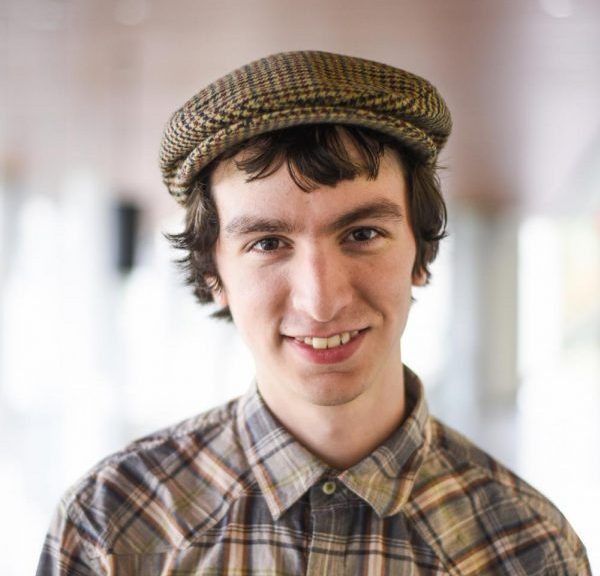 Being Head Editor of the Op/Ed section sometimes feels like a paradox to me. I’ve spent my time at the University of Massachusetts with radical people and written pieces that have gotten me pegged as a “commie” — yet my job is to support opinion writers from across the political spectrum.

The truth is, I feed off diversity. I went to a high school that represented 80 countries and over 50 languages, where I mixed with people with greater and fewer privileges than myself. After working at a wonderful newspaper there, I went on to write, edit and eventually lead a section at UMass which thrives off clashing ideologies. If nothing else, I’m happy to leave this place as an advocate and defender of socioeconomic, identity-based and ideological diversity.

My journey at the Collegian has made me reflect on the so-called “echo chambers,” or social forums that fail to challenge one’s opinions. Constant reinforcement of one point of view triggers a confirmation bias that can be hard to shake. Moreover, as people have less institution-sanctioned engagement with their local community, anger and frustration gets exacerbated by social media. The darkest actors are capable of amassing audiences and spreading propaganda with relative ease.

You would think I’m a fierce opponent of echo chambers, but I can’t help but find the crusade against them to be a mere cosmetic solution. Echo chambers are everywhere – partisan meme pages on social media, friend groups, neighborhoods and classrooms.

Even places that we care for deeply can be echo chambers. I spent two and a half years working at People’s Market, a beautiful place that was founded in 1973 by two feminists invested in social change. You can’t stereotype every Co-Manager, but our mission essentially is to support the cooperative movement and social justice. Everyone I’ve had the pleasure of working with there has taught me to be fiercely candid about my beliefs, reflect critically on my actions and understand the role of empathy anywhere, anytime.

I struggled with my Op/Ed philosophy because I lived in these two worlds: “Echo chambers” where I was free to explore a realm of ideas and Op/Ed where our goal was to scrutinize ideas. Both challenged my views.

To investigate this, I spent the semester before I served as Head Op/Ed Editor observing campus political group meetings. I found the subtle differences between liberals and conservatives more striking than the stereotypical ones. Conservatives enjoyed free-form dialogue with few rules to keep order. Liberals actively encouraged others to speak, holding one another accountable for interruptions and other faux paus.

This makes sense: these were different social systems that each group uniquely deemed “fair.” Conservatives are shown to value liberty, so speaking freely seems fair while liberals value giving everyone, including marginalized voices, a chance to speak.

It’s often lost in the “debate about debate” how these intercultural differences play into whether a discussion can even take place. We don’t know what lines not to cross or gestures to offer. Our biases show when we assume differences mean transgression. Debates manufactured by others either bore us or make us angry.

Inviting extremely different groups to a discussion in the name of “civil dialogue” may be counterproductive. The idea is exclusive by nature. Why would someone go through the time, emotional labor and — for marginalized groups — potential physical risk just to win an argument?

That’s why we have these “echo chambers.” We gather in places that give us the perception of speaking freely. Abolishing them would require eliminating clubs rooted in moral philosophies or parties, gutting the foundations of excellent courses and altogether make life stressful. It would make ideas from any part of the political spectrum watered down and weak.

So, what’s my proposition for combatting confirmation bias? Debate less.

Let me be clear. As an Op/Ed veteran, I’ll unapologetically stand for the right to an open press and the right to speech without prosecution. This means allowing students to use this forum as they see fit and defending the articles we publish—including “controversial” ones—to the teeth.

But I’m not naive to assume everyone will automatically listen or change their minds. Doing so requires an open-mindedness and emotional labor that is frankly rare among even the best of people, and it is too confining to limit dialogue this way. Strongly opinionated, personally affected, or poorly trained debaters would be excluded from the conversation.

When I say “debate less,” I am instead putting forth my own version of “dialogue.” I say that passionate individuals and writers should relentlessly tell their stories. I say that we each focus on each of our own values, take ownership of our own opinions and be unapologetic about our own identities. I say that engagement happens only after people are given the opportunity to speak from the heart. This is precisely what I encouraged my writers to do while pitching stories in the Op/Ed section, and I am proud of the work my fantastic writers have done this year.

I believe that if we focus on adding to the conversation at every possible angle rather than constantly being on the defensive — and treating everyone as a potential combatant — we may, ironically, change more minds by trying less. The role of the Op/Ed section, then, is to help those views get read by people who belong to different “in-groups” and challenge them to empathize.

We should still hold each other to factual standards. We should still welcome opportunities for a Point/Counterpoint or debate. We should still draw clear lines on what is offensive speech and take the time to explore the ugly gray areas, as that is our duty as editors. But our ideas will be more authentic if they are focused internally, not externally.

At the UMass Writing Center where I was trained as a tutor, I learned that in order to help a writer, we need to work hard to truly hear them first without assumption. I learned that skill by experiencing new tutors with different backgrounds every week. This is a lesson I will carry with me, and one that I hope resonates with our Op/Ed section and others, too.

In short, having the freedom to think among like-minded folks is just as valuable as having the freedom to engage with people with whom you disagree. Those are two different modes with starkly different pedagogies. Rather than call for “echo chambers” to be destroyed, which will never happen, we should build and strengthen institutions that focus on sharing a diverse array of stories. (You should probably “exit your bubble” too, but you’ve got to discover that on your own.)

With these lessons in mind, I end this chapter of my life. Thank you, People’s Market, for teaching me to relentlessly empathize. Thank you, UMass Amherst Writing Center, for teaching me how to be a fierce and ethical ally. Thank you to the Sustainable Community Development department for allowing me to interrogate ideas freely.

And of course, thank you to the Massachusetts Daily Collegian for giving me a home, and the opportunity to lead by putting theory into practice. To my dear assistant editors, Matt Berg, Emma Garber, Ana Pietrewicz, Max Zeff, and my successor Bhavya Pant, who have all been dutiful and kind to writers: thank you for helping me enact my regime — ahem, I mean, term of office.

I have full faith these institutions will emerge from these trying times with strong hearts. See you in the comments section!

James Mazarakis is Head Op/Ed Editor and can be reached at [email protected] and followed on Twitter at @dailyjmaz.