And then we streamed: Supporting Amherst Cinema 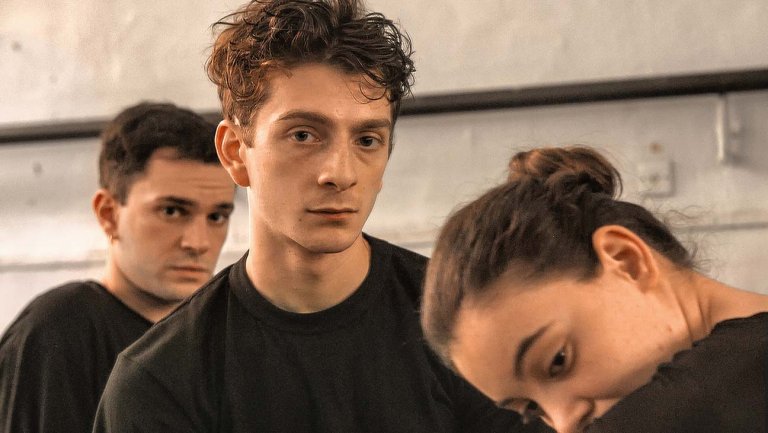 Amherst Cinema is undeniably a gem. It is one of the things I know I will most miss when I graduate, and I try to go as much as I can when I’m in the area. Amherst Cinema is a nonprofit organization aimed toward making foreign language, arthouse and independent productions available for local viewing. The films at Amherst Cinema are very rarely available anywhere else for miles. At Amherst Cinema, I have seen “Cold War,” “The Lighthouse,” “Parasite” before its wider release, and “Portrait of a Lady on Fire.” It is not just me who thinks so: between when they announced temporary closure on March 12 to March 27, they received over $10,000 in donations. They rely on support from members in a 25 mile radius, and have been community-supported for years, as well as being one of 23 theaters in the United States recognized by the Sundance Institute Art House Project and winning the 2016 NEPR Arts and Humanities Award. Now, thanks to Amherst Cinema’s Virtual Cinema program, community members have been given the chance to see a film that has been critically praised for months, “And Then We Danced.”

“And Then We Danced” is a Georgian-Swedish production directed by Levan Akin. The Georgian-language film was Sweden’s selection for the Academy Award for Best International Feature, but was not picked up. At the center of the story is Merab, a young man dealing with his sexuality and coming of age as a dancer in the National Georgian Ensemble. Merab lives with his mother, brother and grandmother and carries a lot of the responsibility for his family’s financial situation, though he is the youngest generation. He comes from a line of failed dancers, and his determination to succeed, along with his internal growth, are driving forces in the film. While the film is categorized as a forbidden romance, and is controversial in the conservative country of Georgia due to it being a gay romance, there are three other arguably equally important love stories present.

The romance itself is portrayed with care as passionate, tender and heartbreaking, but it seems to be more in the context of Merab’s growth. We see more of him dreaming and aching about the romance than actually being with his love interest. One of the more unique parts of the film is that it portrays the happiness people get from having a crush or falling in love. While angst is, of course, involved, we get to see Merab light up when thinking of the dancer he likes, Irakli, before they even have explicitly romantic or sexual contact. “Call Me By Your Name” is a film similar to “And Then We Danced,” as it also is a coming of age gay romance, but “And Then We Danced” focuses also on the relationships Merab has with others and with dance. While the romantic love story is poignant and important, the other plotlines are equally so. In the case of the plotline involving Merab’s passion for dance, arguably more so.

Merab has a friend named Mary with whom he has a complicated relationship initially, due to her romantic feelings for him not being fully reciprocated. Their relationship evolves into a beautiful and complex one; they are there for each other when no one else is. It is a subversion of the trope of the tragic girlfriend or wife in films like “Brokeback Mountain,” scorned by her emotionally and sexually unavailable male partner in favor of a forbidden gay romance.

A similarly meaningful relationship develops between Merab and his brother, David. David is a loose cannon in contrast with Merab, who struggles, but is ultimately disciplined. They are different people, but throughout the film, they grow to understand each other, and one of the film’s most touching moments comes in their heart-to-heart near the end. This conversation is similar thematically to that between Elio and his father in “Call Me By Your Name,” and they help both films transcend meaningfully beyond the secret romance the films include.

Arguably, the most important relationship cultivated through the film is that between Merab and dance. Merab endures self-doubt and doubt from others around him throughout his life, while also bearing the weight of the responsibility he shares for his family’s health and wealth. The physical and mental strains of being in the National Ensemble get to him, and it is only at the end of the film that he truly frees himself in regards to dance. Throughout the film, the strict, masculine constraints of the ensemble and the rigorous discipline involved in becoming one of the best dancers, contrasts the pure joy and freedom in dancing for pleasure only. At the end, these become one.

This film features meaningful and well-written dialogue, vibrant cinematography, especially in capturing the dancers’ movements and bodies, and incredibly powerful moments. It received a 15-minute standing ovation at Cannes, and won best film, among other awards, at Sweden’s Guldbagge Awards. There is another reason it is so important that Amherst Cinema has given its patrons the opportunity to watch this film, besides it being an objectively high-quality film unavailable anywhere else: this film has revealed Georgia’s violent homophobia to the international community. The film itself was inspired by violent protests in 2013. A small rally for International Day Against Homophobia was met with cruel words and thrown stones by members of the Georgian Orthodox Church, the country’s most prominent and influential institution.

Though homosexuality and “gender change” are legal in Georgia, and sexual orientation is legally protected, it is ranked as the third most homophobic country in the world according to the World Value Survey. The film’s Georgian premiere was marred with a huge protest –  a crowd of men physically and verbally assaulted filmgoers, and many of these protesters were members of the far right party “Georgian March.” The film itself includes plotlines about violent homophobia and the way gay and gender nonconforming people are treated in Georgia. This film and the events surrounding it say so much about Georgia and the homophobia faced by people in Europe, even though Europe as a whole is relatively tolerant.

In this sense, Amherst Cinema continues to achieve their goal of providing cultural and educational cinema to the public, even in a pandemic.