A gross miscalculation of an action film 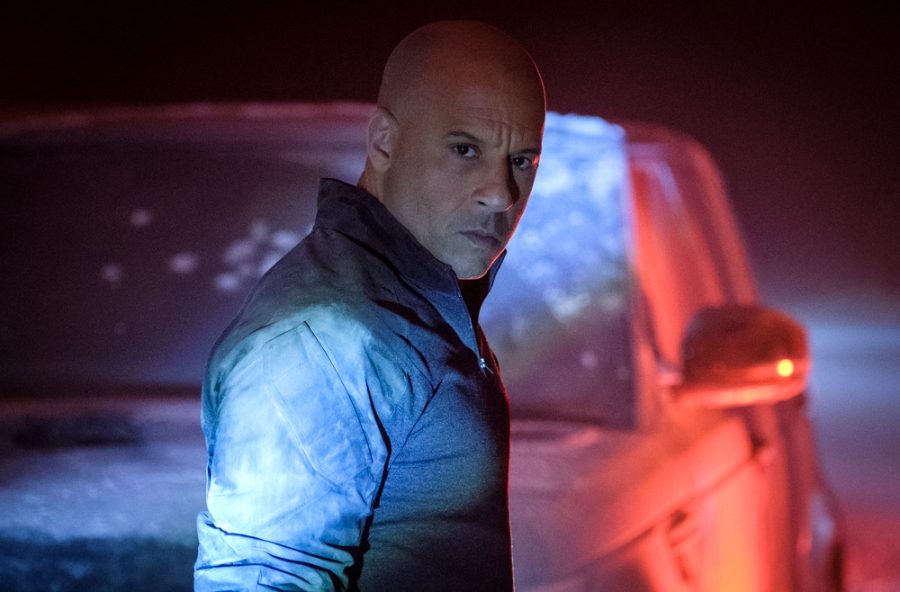 Courtesy of the "Bloodshot" IMDB page

This review contains spoilers for the film “Bloodshot.”

“Bloodshot” is bad. There are no justifications that can be made to excuse any of the film’s constant filmmaking failures. It is a film that is devoid of any passion, excitement or creativity. “Bloodshot” is the epitome of a generic action movie, doomed to reside in the annals of forgotten movies among all the other bland and boring action films that have attempted to launch the next big-budget Hollywood franchise. “Bloodshot” is a gross miscalculation of what audiences want in their tentpole fun action films; it is dumb, simple and worst of all – soulless.

It should be prefaced that this film was spoiled prematurely by the film’s trailers. They gave away every moment in the film that could contain a minuscule amount of narrative interest. Thus, the film is even more boring as its countless attempts at interesting twists were ruined from the very start. Even if the marketing opted to choose the intelligent route and keep the film’s narrative beats a mystery, it still wouldn’t have increased engagement, as the narrative surprises are undoubtedly cliché and bland. As is standard with almost all major films released, however, not knowing what happens in a film prior to seeing it generally increases interest. Alas, “Bloodshot” did the exact opposite, and the result is a predictable and miserable viewing experience.

It’s amazing that “Bloodshot,” with this much talent in front of the screen, collapsed so spectacularly. The film stars Vin Diesel as Ray Garrison, a character so devoid of emotion and intrigue that as soon as the movie ended, I struggled to even remember his name. Admittedly, Vin Diesel is not the most talented or charismatic actor in the world but with the right director he has been successful in other films. However, in “Bloodshot,” he is led by first-time director David S.F Wilson, whose prior work has been as a visual effect artist on various movies and video games. Thus, with a director who has no experience behind the  camera and a bland script, Vin Diesel is terrible. Scenes that call for him to show emotion, such as the murder of his wife, are so laughably bad that it is difficult to discern whether the film is attempting to be either comedic or dramatic in its tone. The film also stars respected actor Guy Pearce as the film’s main villain and Lamorne Morris as the comedic relief sidekick. These two actors are entirely wasted here, as Pearce is given the most basic of characterizations and motivations. He is mad at people for some unknown reason that is never explained. Morris, most known as the character Winston in the show “New Girl,” is trying to have fun in his role yet he is marred by an uninspired script and character: he is quirky because he is quirky. The film is also devoid of any joy, humor or fun outside of Morris’ character and thus he sticks out as the oddity, taking the audience out of the film as he is vastly more absurd than the rest of the world he is unfortunately placed in.

Despite all of this, easily the most egregious and atrocious qualities of the film arise from the script. This is a movie devoid of any subtlety, akin to repeatedly bashing the audience over the head with a hammer. The constant exposition and long, drawn-out monologues about why characters are making decisions pander to the lowest common denominator of the audience. “Bloodshot” expects its fans to be moronic and lack any basic brain function, guiding them by the hand through each new plot point. The sheer number of over-explanations about the simplest  actions perpetuates the idea that this film was not made with an intelligent audience in mind. Plot twists are revealed within the first 25 minutes, leaving the rest of the film far less interesting than if it had held its reveals closer to its vest. Thus, instead of the film being an intriguing origin story with a morally grey and suspicious organization aiding the hero, it is a generic revenge movie where Vin Diesel effortlessly massacres people.

Vin Diesel’s lack of character in this movie should be addressed, as the audience is supposed to gravitate and sympathize with his plight. Instead, they are treated to the most absurd moments of elevating Vin Diesel’s ego ever put to film. There is one scene where Diesel is discovering his newfound powers and it is shown through him continually picking up heavier and heavier weights. Ultimately, he settles on two gargantuan sized dumbbells and begins to start curling them. As he does this, the camera cuts and holds on his arms purposefully to highlight how big and muscular they are. This scene ultimately serves no purpose, because prior to this we had just seen him punch massive holes in giant stone pillars. Thus, this bicep glorification scene is not necessary to demonstrate to the audience how strong he has become, as they were shown that in the literal scene before, but a way to shed light on how cool, buff and strong Vin Diesel is.

This is not the only scene in the movie that falls flat at developing Diesel’s character. The first real personal moment the audience gets of Vin Diesel is a scene where we are introduced to his wife. The shot is framed from afar with emphasis on the actress in lingerie. The two share a tender moment as she asks him to demonstrate his sexual prowess. They are then interrupted and the plot of the film begins. This is the only brief scene the audience is treated to of the relationship between him and his wife before she is brutally executed in front of him. There is nothing that can be gleaned about their relationship through this interaction. As a result, when she is killed in front of him, the audience feels nothing for him because there hasn’t been an established relationship. With this murder acting as the catalyst and motivation for Vin Diesel’s entire character, it’s baffling how erroneously their relationship was first displayed. The snarky remark about how great Vin Diesel’s character is in bed doesn’t serve anything and doesn’t aid in making audiences invested in his relationship, it is just to make him seem cooler.

On the other side, the villains in this story are bad for no discernible reason. Pearce is a villain who is angry for a reason that is never explained. However, he is someone who resides behind the scenes. The main physical antagonist to Vin Diesel is a random henchman who has bionic legs. The audience is introduced to him resenting Vin Diesel’s character behind his back and when the main physical antagonist expresses hatred towards Vin Diesel, it is never fully explained why either; he is just angry and maintains that throughout the film. He isn’t a character, rather he serves as someone who Vin Diesel can angrily punch down an elevator shaft, a death that was also shown in the trailers. The same goes for every single character in the movie; they aren’t people, they are singular personality traits.

There are very few genres where a film devoid of characters or narrative intrigue can survive, but action is one of them. Action scenes in a movie can often make or break a film. If the fights are exhilarating and memorable, then so is the movie. However, if they are bland and dull, then the movie becomes that as well. Unexpectedly, “Bloodshot” falls into the latter. If there are any redeeming qualities of the film, it would have to be in the presentation or style of the first action scene and the setting of the final conflict action scene. The first is set in a darkened tunnel illuminated by a deep red as flour covers the entire area. It creates an admittedly unique style and visuals that are subsequently squandered by an over-reliance of slow-motion action shots and bland cinematography. Vin Diesel is an invincible strong guy who punches really hard. There is no tension in these scenes, no fear of the protagonist being harmed despite this being the audience’s first display of his powers. This is a common trend throughout the remainder of the film; a lack of creativity. Vin Diesel solves his problem by punching things hard. The final fight is set in an elevator shaft and although it contains the potential for a great scene with Vin Diesel fighting two guys enhanced with mechanical armor and weapons, it is ruined by horrifically abysmal CGI that is reminiscent of the mid-2000s Spider-Man movies.

The world present in “Bloodshot” does not feel like a tangible world. There are very few places that are explored in the film with the majority of them being a few monotonous rooms in an equally dull office building. There are times when the film jumps locations to other places in the world only to result in the subsequent conflict residing within an unexplored compound or unidentifiable tunnel. The film wastes multiple potentially interesting locations in favor of creating flat scenery. It perpetuates an uncomfortable and unnatural feeling that persists throughout the film as if the world set in “Bloodshot” is not something that could ever exist. The only feasible way to explain the feeling is that the film seemingly feels as though that it is a film; that each new setting is a set made in Hollywood with copious amounts of green screen effects. Nothing in this movie feels real.

There are many more things that can be talked about with “Bloodshot”: the pathetic attempts at setting up a sequel and franchise, the film’s incessant persistence that Vin Diesel is incredibly charismatic despite insurmountable evidence that he isn’t, the purposefully confusing limitations placed on Vin Diesel’s powers that are ultimately stripped away at the end, the multiple examples of overexposing the background so that it appears lighter (most likely to hide poor green-screen effects), a forced romantic subplot where the two interested parties lack any chemistry and finally, the gross misuse of Toby Kebbell as a character killed off thirty minutes into the movie.

Ultimately, “Bloodshot” is a failure on every level of filmmaking, from the actors to the lighting to the directing. The score of the film is so generic that it blends effortlessly into the background, becoming completely and utterly forgettable.

The only redeeming quality about “Bloodshot” is that it is a shorter film at around 105 minutes, which means that you can finish it quickly and watch something else that is actually worth your time.

Tyler Clardy can be reached at [email protected]