SGA shifts leadership per its constitution. 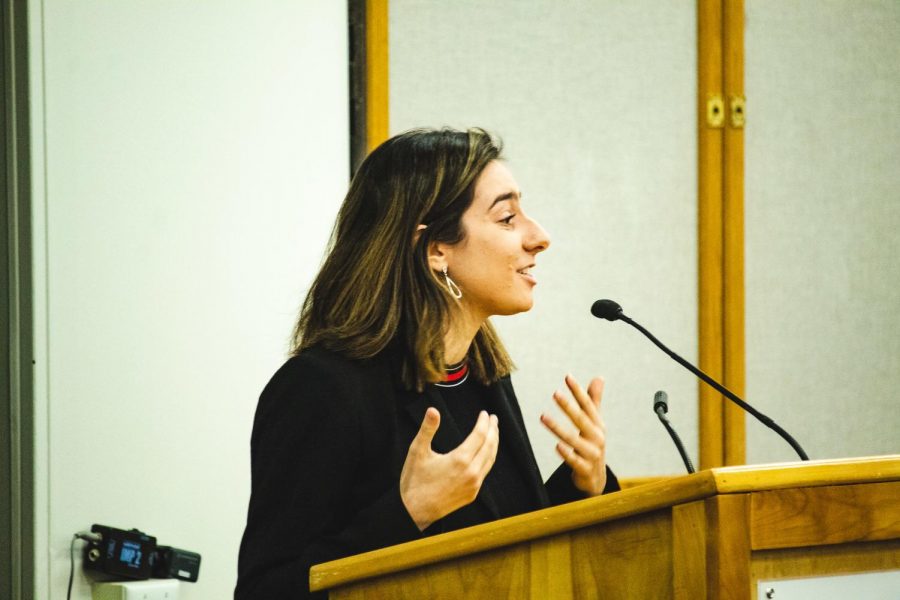 The Student Government Association at the University of Massachusetts swore in former Speaker Rachel Ellis as the interim president at its remote Zoom senate meeting on April 1. It also swore in the former Associate Speaker Julia Fox as the acting speaker.

“Because our elections were postponed due to COVID-19, I had to step into the role of the presidency on April 1,” said Ellis. “Additionally, the Associate Speaker fills the role of the Speaker when that position is vacated, so therefore, I became President and Julia [Fox] became Speaker.”

Lydia Washington, the SGA’s advisor, formally thanked the former President Timothy Sullivan for his work in the position at the senate meeting: “I wanted to say thank you so much for all your work. I know we’ve had highs and lows, but at the end of the day I appreciate your honesty, I appreciate you challenging me as an advisor and making me think beyond the scope of things.”

Washington went on to congratulate Ellis and Fox on their new positions, saying, “I am really excited to work with you all in these different capacity levels, and hopefully we’ll get some stuff done.”

The SGA also passed a motion to formally support a change to the University’s current policy regarding tobacco. The change would allow unlit tobacco to be used for spiritual, cultural and/or religious purposes.

“The current tobacco policy at the University of Massachusetts Amherst impairs the ability of Native American students and groups to perform traditional, spiritual, cultural and religious practices that are important to their communities,” read the motion.

“It’s really important that with all these demands that we’re asking for, that we’re also advocating for increased funding for the school,” said Andrew Abramson, secretary of the registry.