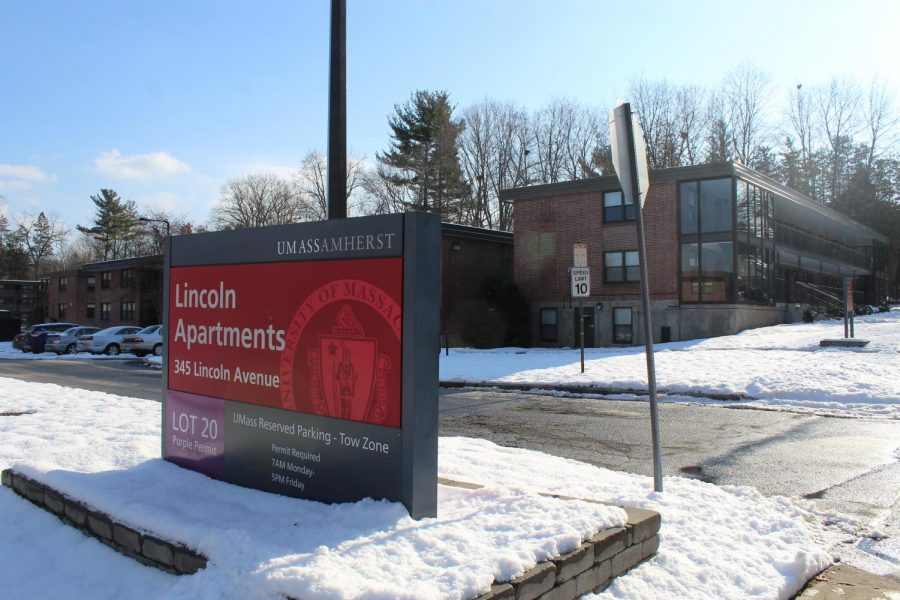 Graduate students at the University of Massachusetts have issued a list of demands asking administrators for rent relief, job security promises and the postponement of the North Village and Lincoln apartments demolition, among other things, as a response to the COVID-19 pandemic.

During a bargaining meeting with University representatives last Friday meant to address emergency responses to the pandemic, members of the Graduate Employment Organization presented the list of demands. After not having their demands met, the coalition of graduate students sent out a press release on Thursday responding to the University’s proposals.

“Graduate workers are the backbone of the University and simultaneously represent some of the most precariously-situated members of the University community. Many face the prospect of homelessness and food insecurity in the midst of this global pandemic, and if UMass does not act responsibly and ethically, thousands of people will be forced into utter poverty,” reads the press release.

The coalition is also calling on the public to take part in a “drive-past” protest past Chancellor Kumble Subbaswamy’s residence on April 19 at 3 p.m.

In a meeting on Friday, the Graduate Student Senate voted unanimously to accept the graduate coalition’s demands, working together to advocate for these demands to the administration.

Included in their list of demands is an ask for “shared oversight over some of UMass Amherst’s significant financial resources and holdings.” The coalition states that the CARES ACT, passed last month at the federal level, provides $18,335,243 in emergency stimulus money, of which at least $9,167,622 must be used for emergency financial-aid grants.

“The University is assessing and managing the financial impact of the COVID19 crisis,” said Ed Blaguszewski, executive director for strategic communications for the University, in an email statement.“We do know that the COVID-19-related operational ramp-down and related student reimbursements resulted in an approximate $40 million budget deficit for UMass Amherst in the fiscal year (FY20) that ends June 30, and that major financial challenges exist for next fiscal year.”

In a statement posted on the University website on Thursday, the Chancellor also noted that “The status of our budget for the fiscal year that begins July 1 (FY21) remains very unclear.”

The coalition’s demands also include rent relief, the postponement of demolition of North Village and Lincoln apartments, emergency summer funding, emergency vacation pay and a commitment from the University for ensuring job security in the fall.

GEO requested emergency vacation payouts for graduate students who had to work during their spring break to help set up online classes, which the press release states was the only demand the University addressed during last Friday’s meeting.

The response that the University gave was “an offer of 25 percent of earned vacation pay to a subset of graduate instructors, and nothing else.”

According to Sam Roach, a representative of GEO, in an email statement, “The offer did not extend to students working as research assistants.”

The coalition is also asking for the University to postpone the proposed demolition of North Village and Lincoln apartments until the end of the next 2020-2021 academic year and to stop collecting rent throughout the duration of the pandemic.

The University had announced its plan to demolish both North Village Apartments and Lincoln complexes and replace them with new housing for undergraduate and graduate students earlier this fall.

“People should not be asked to leave their houses and find other houses, that’s essential for the public health issue, the health of the residents, but also the health of the larger community,” said Antonios Gounalakis, a member of the GEO steering committee. “Any discussion about that is completely irresponsible.”

The move-out dates had been set to June 1 for Lincoln residents and June 30 for North Village residents. However, according to Justin Burch, president of the Graduate Student Senate, in a meeting with SGA and GSS Friday morning, the University decided that it would not force residents to move out of Lincoln or North Village until 30 days after Gov. Baker’s stay at home order is lifted.

“We absolutely understand this may have continued impacts on the timing of residents’ plans to complete their moves,” said Blaguszewski.

The University is still moving forward with the demolition plans as scheduled, however.

“We are continuing to solicit proposals from private developers to construct new undergraduate and graduate housing as well as student family housing. This has been somewhat delayed in the past few weeks as the university responds to the COVID-19 pandemic, but the procurement process is proceeding. Currently, we still plan to select a developer in the coming months and project to begin construction in fall 2020,” Blaguszewski added.

The GSS had been working to advocate for the safest option for graduate students residing in North Village and Lincoln during this pandemic. They have been consulting with residents and GEO to move forward with what they deem the best plan would be.

“Our goal is that residents feel safe during the transition period and that no University decision makes any residents feel unsafe,” said Burch. “We want graduate students in both Lincoln and North Village to have agency here, to be able to plan their own destinies. And to have it just up in the air without any concrete dates, we think should be re-evaluated.”

Still, residents who are struggling to pay rent fear losing their homes, a reason why GEO is asking the University to not collect rent from North Village and Lincoln for the duration of the pandemic.

As the stay at home advisory is currently extended until May 4, Purple Rathburn, a co-chair of GEO, said that the University’s decision to extend 30 days “only gives residents a couple more days to find a home.”

“Many people here have not been able to find housing and have no place to go. The area is expensive, and housing is hard to secure. Many more average income students and international students have been having trouble getting housing. Students with chronic illnesses, which Lincoln Apartments has several tenants with, should not be moving during a pandemic as being exposed to COVID-19 coronavirus can kill them,” they added.

According to Burch, there were 303 applicants to the emergency relief fund as of last Friday.

“There are people that were saying that literally because they cannot pay the rent, they have nowhere to go this summer,” said Nefeli Forni Zervoudaki, a member of GEO.

“Without an income, we’re expected to pay rent,” she added. “It seems uncanny to be asking to move forward as if nothing has happened when there’s a financial national and global crisis going on due to these very extreme circumstances we’re going through.”

According Rathburn, the University should be able to do this because “the school already owns the building.”

A large portion of the residents impacted are international students, who have also written a set of demands. Twenty seven percent of the University’s graduate students come from outside of the U.S.

“In the family housing, there are a lot of international students, that includes me. And normally, either we travel abroad to work due to a visa, or we need funding. So now due to COVID-19 we cannot travel abroad, or traveling is very restricted, and even if we could, we wouldn’t get a job quite as easily,” Zervoudaki said.

Rathburn added that many of the international graduate students at UMass specifically “chose the school because UMass offered safe on campus graduate housing.”

“Hampshire College is providing housing to those in need during this unusual and scary time. UMass Amherst, on the other hand, is making people feel they will be homeless. So, you have kind of a dichotomy there,” they said.

“A lot people still wanted to remain in Lincoln because a lot of the issue is that people want to remain on campus. Myself, I have a physical disability and other people here do too,” said Rathburn.

GEO also asked the University to commit to pandemic related job security and health care access for graduate workers in the fall, which members reported that the University did not approve during Friday’s meeting.

“This is actually interesting they didn’t approve it because it seemed to us the most basic, together with the week of pay,” Zervoudaki said.

“Job security as a whole is extremely fragile in terms of the COVID pandemic. What will happen in the summer? What will happen next semester? Enrollment is going to be the same, what will be the effect on employment? Are they going to cut down hours and contracts?” Gounalaki asked.

Many graduate students are therefore considering taking a year of absence or dropping out of UMass altogether, according to Zervoudaki.

“Of course, if that happens, not only are they interrupting their academic careers, but they’re also putting a stop to their professional relationships with the University, they’re not going to be teaching undergraduate courses,” she said.

GEO and the coalition of graduate students are going to continue working with the University and pushing for their demands to be met over the coming weeks.

“We weren’t successful with that, but that doesn’t mean that it’s over,” Rathburn said. “We just have to continue bargaining and hopefully make them see or understand why our demands are being made and hopefully we can get them to agree to all or some of them.”