‘Hunters’ delivers on almost all fronts

A fascinating concept with inconsistent execution 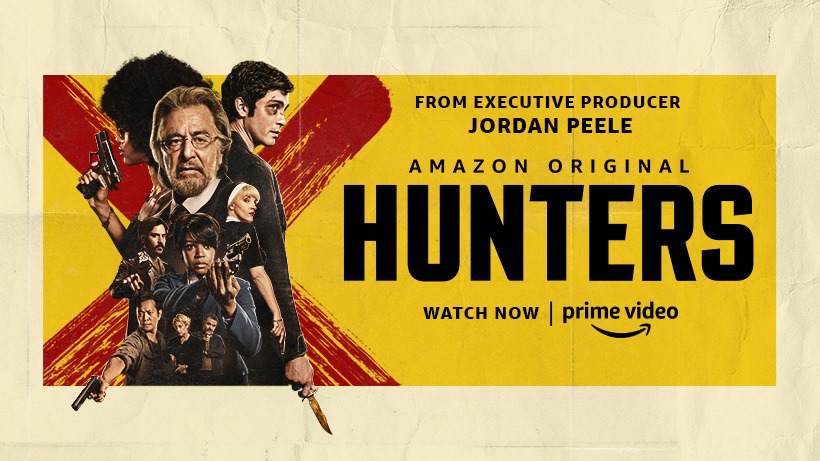 Centered around an eclectic crew of vigilantes hunting down Nazis in 1970s New York, Amazon Prime’s new series “Hunters” is just as strange and sometimes ridiculous as it initially sounds. Released in February of this year, it has garnered incredibly mixed reviews from both critics and viewers — though that’s no surprise given the subject matter along with its near-gratuitous violence.

“Hunters” occasionally feels like an amalgamation of pulp tropes and grindhouse violence wrapped up in a stylized, Tarantino-esque package. At its best, this gives the show the fast paced, witty panache that a revenge fantasy should have; at its worst, it makes “Hunters” come off as too cool for itself which distracts from the actual story. That being said, the show does manage to strike a fairly consistent tone throughout the majority of the season, despite a few unsteady moments here and there. In particular, scenes that toggle between the main plot’s over-the-top action and the heavier, more serious flashbacks to a concentration camp often feel somewhat dissonant.

One of the most impressive things about “Hunters” is its ability to successfully flesh out an ensemble cast in only ten episodes. The show primarily follows Jonah (Logan Lerman) as he uncovers a secret network of Nazi hunters headed by the enigmatic Meyer Offerman (Al Pacino), but the secondary characters are even more intriguing. Carol Kane does a particularly exceptional job portraying Mindy, a holocaust survivor turned electronics expert, and delivers some of the show’s most emotionally impactful scenes. Each group member has an almost cartoonish individuality to them, some more than others, that’s not only charming, but helps keep the group dynamics clear despite complicated plot lines.

Though the plot initially appears simple enough—with the first episode establishing the group’s main goal: kill as many Nazis as possible—by the middle of the season, there are so many distinct storylines and loose ends that it’s difficult to predict how they all will eventually intersect. As is to be expected, this does create some confusion; it’s not a show that can be adequately absorbed if viewers are only half paying attention. But for those who enjoy coming up with their own theories and predictions as they watch however, “Hunters” is nearly perfect. Although some plot twists border on unbelievable, even within the wacky universe that the show establishes, most are satisfying. But upon a second viewing, it’s easy to see where subtle hints are dropped throughout the season, revealing just how clever the final few twists are.

“Hunters” is idiosyncratic in almost every way, not just in terms of its characters and setting, but in its general atmosphere. Its liberal utilization of satire, not surprising considering Jordan Peele’s involvement as an executive producer, creates an eeriness that succeeds in leaving the viewer a little uncomfortable. Seemingly random scenes, completely separate from the main storyline, provide the bulk of that creepiness. In one such scene, a young girl delivers a PSA on how to identify Nazis in your neighborhood and in another, a parody of Family Feud called “Why Does Everyone Hate the Jews?” shows contestants eagerly rattling off anti-Semitic stereotypes. This kind of blatant satire helps reconcile the gravity of “Hunters’” subject matter with its exaggerated aesthetic—although, scenes that capitalize on the show’s satirical potential are so few and far between that they can appear misplaced among more serious, straightforward material.

The show’s main failing and what keeps it from being a fully engaging experience, is it’s inconsistent dialogue. There are simply too many instances of awkward phrasing to ignore. In some places it seems as though “Hunters” is trying too hard to prove how clever it is, but in doing so risks confusing the viewer. Additionally, some scenes drag on longer than necessary, while others are cut short, making some episodes much less cohesive than others particularly towards the end of the season.

That being said, “Hunters” is unlike anything else on TV or streaming and is worth a watch, especially for those who are partial to exaggerated action and high suspense. The show’s most memorable aspect is its unique tone captured in impromptu dance numbers and slasher-type fight scenes alike. The aesthetic, saturated in 1970s pop culture, alone is remarkably well thought out and at some points, makes up for the show’s weaker aspects. With only ten episodes, “Hunters” lends itself to binge-watching and is, overall, a satisfying experience even if it falls flat in a few places.