The difference between interest and idolization 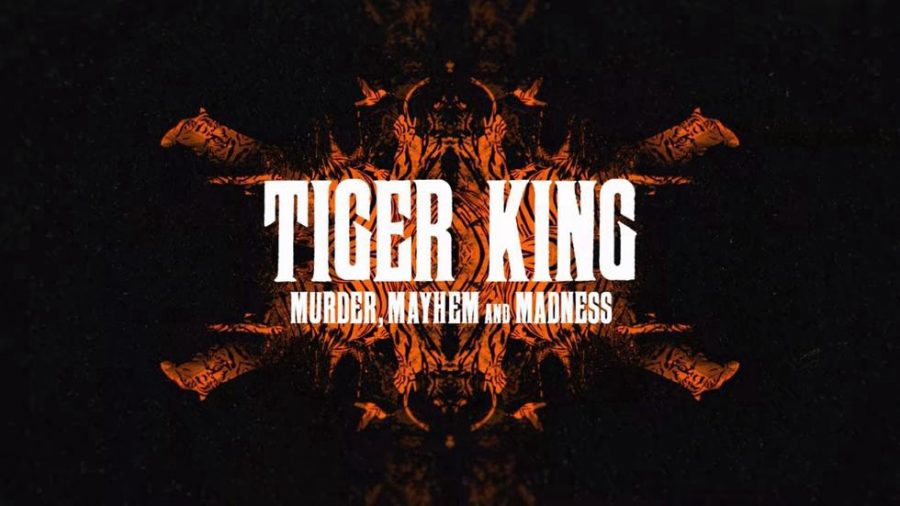 It goes without saying that the last few weeks have been far from normal. In the age of COVID-19, routine is scarce, but free time is plentiful. There’s only so much to discuss. Oddly enough, pop culture has found its newest obsession: the 57-year-old, self-proclaimed “gay, gun-carrying redneck with a mullet,” former tiger keeper Joe Exotic.

If you haven’t seen Tiger King, you’ve probably heard of it by now. Garnering millions of views, Netflix’s seven-part docu-series details the bizarre world of big cat keeping. There’s no denying the show’s entertainment value. It is the perfect conglomerate of eccentricity: a mix of oddball characters, some mystery, a little bit of exposé and a witty-ness that makes it an easy binge. I watched the whole thing in less than a week and spent the whole time unsure if I should be laughing or fuming. Despite its somewhat comedic tone, the show has plenty to be angry about. The main characters, a triad of narcissistic cat owners, partake in polygamy, animal exploitation, manipulation and possibly murder.

Exotic, the show’s star, has a particularly tumultuous story. As made evident in the show, Exotic has a history of breeding tigers and raising them in the confines of a zoo. His past relationships with two younger men were manipulative and fed off the vulnerability of his partners’ drug addictions. The former zoo owner is currently serving 22 years for animal abuse and murder for hire. Simply put, Exotic is an abuser. However, in the aftermath of the show’s success, Exotic has been framed as a hero, not a villain.

In the past few weeks, Exotic has become something of an internet hero. Across social media, users have been poking fun at Exotic’s wild personality. While the jokes come at his expense, they are more celebratory than accusatory. Many have been calling for his release from prison, including rapper Cardi B. Talk of a potential pardon has even reached the White House, with President Trump this week saying he would “take a look” into releasing Exotic. While Exotic has become a star in his own right, there is little talk of the forgotten animals and victims of abusive relationships.

Of course, Exotic is going to garner attention. His wild personality and unbelievable story make for perfect TV. The question now becomes, what kind of attention we want to give him? Those close to him have reported that he is enjoying his newfound fame. Why are we giving him what he wants? This man openly threatened to kill his nemesis. He neglected his animals, raising them in inhumane conditions. He exploited his partners’ addictions, taking advantage of his power over them. Yet we are treating him as some sort of icon, lightheartedly laughing with him and rallying behind him.

Fascination is fine, but where do we draw the line between interest and idolization? An excellent example of this is Ted Bundy. Following last year’s release of “Conversations with a Killer: The Ted Bundy Tapes” and “Extremely Wicked, Shockingly Evil and Vile” the internet was abuzz with discussions about the infamous serial killer. While many were quick to comment in awe of the murderer’s charm and charisma, his seemingly good looks or his terrifying ability to outrun the authorities, talk of Bundy’s victims was scarce. Commentary about the killer walked the thin line between taking interest in the story and idolizing Bundy. Instead of focusing on the tragedy of his crimes, people painted Bundy as a criminal mastermind, granting his legacy fame and notoriety.

Though Exotic is far from the evil of Bundy, both men expose a sad truth about how we view these narratives. Off the top of my head, I could name a dozen famous criminals: Jeffrey Dahmer, Al Capone, Charles Manson, the list goes on. Could I name any of their victims? Sadly, no. We create a celebrity of these people who committed the most heinous crimes, forgetting that their actions had devastating consequences on the lives of real people.

When it comes to these complicated characters, language is so important. We should be talking about them, as recognition is the first step towards justice. But in obsessing over their stories we run the risk of giving them the attention they crave. Rather than give in to the villains, we should really focus on the victims. It’s human nature to be interested in these dark human-interest stories, but we need to be mindful of what we focus on.

There’s plenty to unpack in “Tiger King” but we should treat this story with the sensitivity it deserves. Joe Exotic’s actions hurt real people and animals. Let’s not forget it.

Emma Garber is an Assistant Op/Ed Editor and can be reached at [email protected] and followed on Twitter @EmmaGarber1.