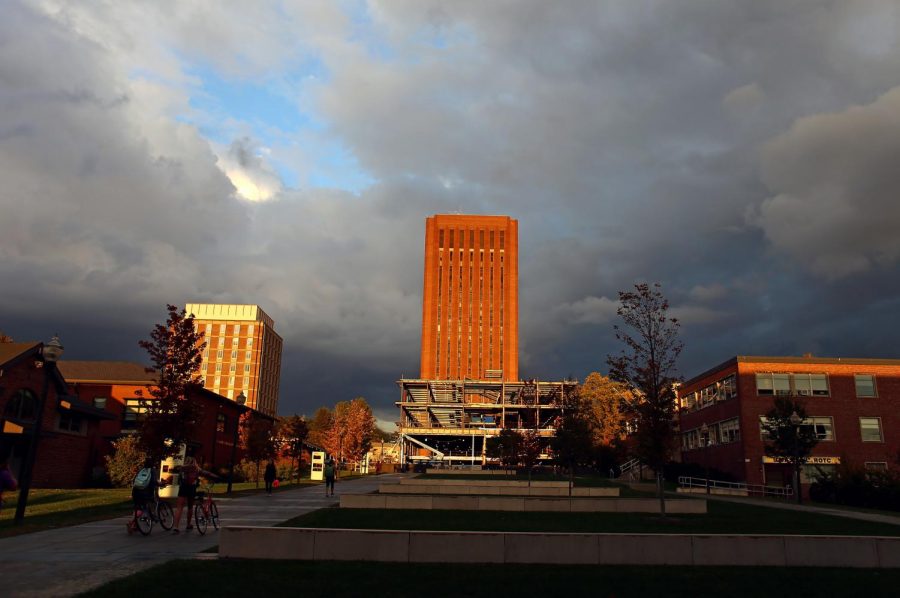 The Student Government Association at the University of Massachusetts voted to sponsor two letters requesting that the University use its excess spaces to house vulnerable people from Amherst and surrounding communities. This motion was passed at their final senate meeting of the semester on April 22.

A similar motion had been brought at the senate meeting the week before and failed, causing several current and former members of the SGA, as well as members of the general UMass community, to speak out on Twitter in support of the motion.

“I know that there have been some concerns raised on Twitter and other social media,” said Senator Barkha Bhandari. “I firmly believe that no one’s intention was to say that senators should vote a certain way or to harass them or brand them.”

SGA Advisor Lydia Washington also addressed the controversy regarding the motion. “Tensions are high tonight . . . we have been at this for a long time, and I just hope that people are able to work together in order to do what we need to for our constituents in the best way possible,” she said.

“Please, everyone vote the way you want,” said Interim President Rachel Ellis. “This is a democracy and no one should be influenced . . . stand true in your vote.”

The motion brought to the most recent senate meeting was different in that it included a second letter, addressed to the Massachusetts Emergency Management Agency, in addition to the original letter to the University administration. The first letter was also amended to be addressed to the Amherst Town Council.

The motion was also amended to remove the request to “remove signs threatening legal action against ‘trespassing’ and ‘loitering’” from the letters. This sentence was removed because the SGA was informed that the current signs in place that deter trespassing and loitering do not include any threat of legal action.

“I want to thank everyone who reached out and tried to make this motion better . . . I really think that is what SGA should be about,” said Carla Montilla, chair of the Social Justice and Empowerment Committee.

The SGA also created a working group to help to address this issue.

“People who are going random tend to pick empty rooms,” said Senator Jordan McCarthy. “One possible solution is to consolidate them.”

“I genuinely think that this [motion and working group] will fix our room selection process and start a dialogue,” said McCarthy.

The SGA voted to formally endorse the UMass Civic Engagement Plan, which aims to get a larger student voter turnout. The plan was created by the UMass voter coalition, which is made up of representatives from the MASSPIRG New Voters Project, UMass University Democrats as well as SGA representatives.

The SGA also voted to change the bylaws surrounding elections and campaigning. One of the major reforms was to eliminate campaign workers. Another reform removed the bylaw which prohibited candidates from campaigning within 50 ft. of a polling place on election day. Another reform removed the bylaw which stated that candidates must register all materials used for campaigning with the Chancellor of Elections, prior to their use.

“This does in-effect limit the student government’s power over campaigns and tickets,” said Chair of Administrative Affairs Althea Turley. “We are taking a risk here.”

The SGA passed a motion to stand in solidarity with the Jewish community and to condemn any acts of anti-Semitism. This motion came after the UMass Hillel House was vandalized on Israel’s Holocaust Remembrance Day. The house was spray painted with the word “Palestine” written in Arabic.

“I want to state that this is extremely important to consider — there have been multiple acts of anti-Semitism across campus this year,” said Ellis. “Quite honestly I find it very appalling.”

“We need to support the UMass Jewish community at this time and always,” said Speaker Julia Fox.

“I stand with every single Jewish student campus and every single Palestinian student—these two things are not mutually exclusive,” said Bhandari.

The SGA elected Derek Dunlea, a graduate student studying higher education and public policy, as the interim student trustee. Dunlea will serve from July 1, 2020 until the student trustee elections take place for the 2020-21 academic year. The Graduate Student Senate previously passed a motion to appoint Dunlea as well.

This election was “due to emergency protocol,” said Ellis, in response to the COVID-19 pandemic.

“This is a crucial year that we absolutely have to have someone in this position at all times,” said Senator Kyle Kendall.

The SGA also said their final goodbyes to their seniors.

“Thank you all for making SGA something that I look forward to all the time,” said Speaker Fox.

“Thanks to all of you for everything, for laughing at my really bad jokes,” said Montilla.

“For all our graduating seniors . . . I don’t know what we would do without your help. This particular SGA is one of the most powerful SGA’s in the country,” said Washington. “I wouldn’t be who I am today without you all.”