The joy of an early goodbye 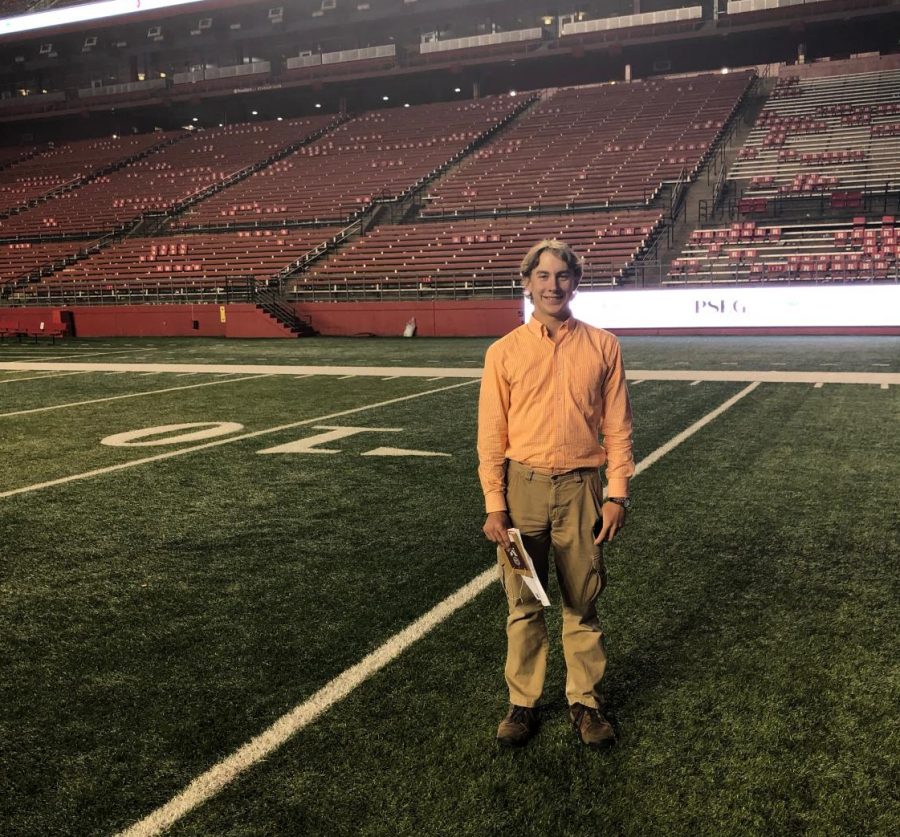 On March 9, two days before UMass first announced the shift to remote classes due to the looming threat of COVID-19, I went for a run.

I’m not a workout guy. I eat cheeseburgers every day and guzzle soda like the world’s ending (finally I have an excuse). When I run, it’s to clear my head, not to get in shape.

That day, I was coming off yet another romantic misfire (enough said about that), another in a long-running series of arguments with my roommate and weeks of scrambling to catch up with coverage of spring sports and fixing a series of issues that had arisen as a result of my late start. Some of those things were more serious than others, but in any case, I was fried.

My instinct in these situations is to literally run – to test the physical boundaries, see if I have the guts to just go and not look back. So far, no such luck. But on March 9, I was fed up enough to go contrary to my normally timid nature and break the law. I went running on the railroad tracks.

The train tracks, for those who haven’t noticed, run to the south and east of campus, past the Amherst College campus. It was off one of those downtown Amherst streets where I turned onto the tracks, scoping the area out for cops or nosy observers. I ran a good half hour before my nerves failed me and I turned off again, emerging in a quiet neighborhood of Amherst that I’d never seen in all my four years at the school. It was understandable; there was nothing there for college students, just houses and one of the public schools.

It was fascinating to explore a new part of town with less than two months remaining in my college tenure – 60 days, to be exact – but I had dinner plans. So, I turned my steps back to campus.

Two hours later, I went for another run, this time out to the west. I went past the intramural fields, past the sewage plant (who knew the sewage plant has a barbed wire fence around it?) out to a thorny gully between the campus and Route 116. I gazed wistfully at the taillights streaming past for a while, then I once again turned back.

Needless to say, I was not sorry when UMass closed the campus.

I have many fond memories of UMass. I still remember arriving at orientation, cheerful and optimistic, or as cheerful and optimistic as a pessimistic misanthrope such as myself ever gets. I remember wandering the campus late at night my freshman year in snow and hail and running solo victory laps around DuBois when the U.S. won the World Baseball Classic. I remember coming down to the dark basement offices of the Daily Collegian, clueless as always, and I remember coming back again despite the fact that my eccentric ways clearly didn’t quite fit in with the stereotypical crowd of writers in the sports meeting.

I made some good friends here at UMass, although I already lost some of them. Enough said on both those points.

I made plenty of mistakes, too, and I think my primary emotion about my time at UMass is regret. I wasted a lot of time in academics and elsewhere, got my heart broken as a result of pure stupidity more than once, and didn’t really change, not in the ways I wanted to. The Thomas/Tom Haines who left the UMass campus on March 14 is not that different than the one who arrived on June 27, 2016 for the first day of orientation, and that’s an opportunity lost.

As for my time at the Collegian, it’s a bit of a mixed bag. I wrote over 150 articles for the sports section, and my lack of an outside life benefited the paper on a number of occasions. It was a wonderful group of people to work with, and I’m grateful to have known all of them; it would take too long for a full list, but I’ll single out Amin Touri, my supervisor for the past two years, who was a good friend, a good boss and far more patient with me than I deserved.

At the same time, while becoming Sports Editor was one of my proudest achievements, I dramatically mismanaged the section. A combination of laziness, carelessness and general bumbling erased nearly all of the progress made by my predecessors, and what was worse, I was almost never capable of fixing my own mistakes. Though not my intention, I have definitely left the sports section in a worse place than I found it, and I regret that.

When I look back, I mostly see the things I wish I hadn’t done. But there are things I’m grateful I did. I’m definitely glad I joined the Collegian, for all my more recent shortcomings, and within that I’m glad I got the chance to cover one of the worst football teams in NCAA history (it was actually really fun, although it might not be for someone less naturally glum). I’m glad I spent time at the Newman Center and got the chance to grow in my faith, and (mostly) glad to have met the people there. There are probably other things too, but they don’t come to mind at the moment.

I doubt my experiences can really be extended to explain any larger truths about college, journalism or life. (Although don’t major in journalism. Take my word for it. Bad idea.) These are merely the personal musings of a man prone to melancholy and introspection.

In any case, it’s over, and just in the nick of time. For those with time left on your sentences: chin up, you’ll make it. And be sure to read the Wellman Document.

Thomas Haines was the sports editor of the Collegian, and can be reached at [email protected]