Production of viral transport media will enable up to 120,000 COVID-19 diagnostic test to be given to local hospitals 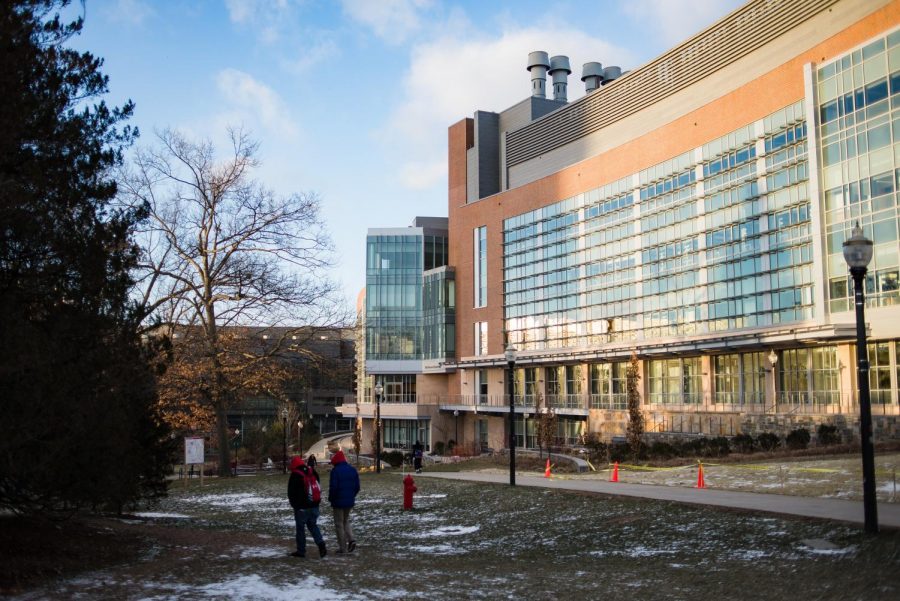 A volunteer team of scientists at the University of Massachusetts’s Institute for Applied Life Sciences are responding to a statewide shortage of COVID-19 diagnostic testing, according to a press release from UMass News and Media Relations.

Researchers lead by Barbara Osborne, a UMass professor in the department of veterinary & animal sciences, and James Chambers, an assistant professor of chemistry, are preparing and delivering thousands of vials of viral transport media, a chemical solution used as a stabilizer to prevent patient samples from degrading before they are able to be tested.

“COVID-19 testing is widespread now, and there aren’t enough tests to satisfy the need,” said Michael Daley of the Cell Culture Core facility at IALS.

“When they collect samples from patients, there’s a swab inside a tube, and inside the tube there’s a small amount of liquid,” said Daley. “Viral transport media is a solution with some stabilizers in it that ensures the virus collected doesn’t break down before testing.” The solution was initially largely sourced from Italy, but its high demand has made it challenging for hospitals to find it.

“The university was contacted by local hospitals who were really having problems getting hold of the viral transport media,” said Osborne

IALS Director Peter Reinhart realized that many labs already have the media needed to make the solution, as he began reaching out to researchers who could help, according to Osborne.

Osborne was one of the initial key members who started the project by offering ingredients from her own lab and coordinating support with other labs. Now she helps contribute measuring and dispensing the medium from its large container into tiny vials. The Cell Culture Core at IALS under direction of Chambers joined the initiative, with many regents they had that could be used to make the viral media.

“We recruited a few other labs, found everything that we needed, and within one week, made a batch, tested it and delivered it to hospitals,” says Daley.

“With a team of volunteers and an efficient process, the team has the capacity to make 60 liters and fill 15,000 to 20,000 tubes each week, and are armed with enough supplies to create 120,000 tubes – each representing one COVID-19 diagnostic test,” according to UMass News and Media Relations.

Osbornes’ request for volunteers was met with a large response of interest from researchers at UMass.

“There are tons of us who know how to make sterile media,” said Osborne. “I had to tell people to stop volunteering.”

Volunteers for this project come from several departments including biology, biochemistry and molecular biology, veterinary and animal sciences, microbiology and psychological and brain sciences. Volunteers include IALS administrators and stages, PhD candidates and one undergraduate.

Team leaders Chambers and Osborne also received significant help from several leaders including Rebecca Lawlor, a technician in Osborne’s lab; Amy Burnside, the director of Flow Cytometry and Animal Imaging at the IALS who tests vials for sterility; and Erin Poulin, a lab manager at University Health Services who coordinates the delivery of vials to hospitals.