‘It's definitely going to have an impact on students financially’ 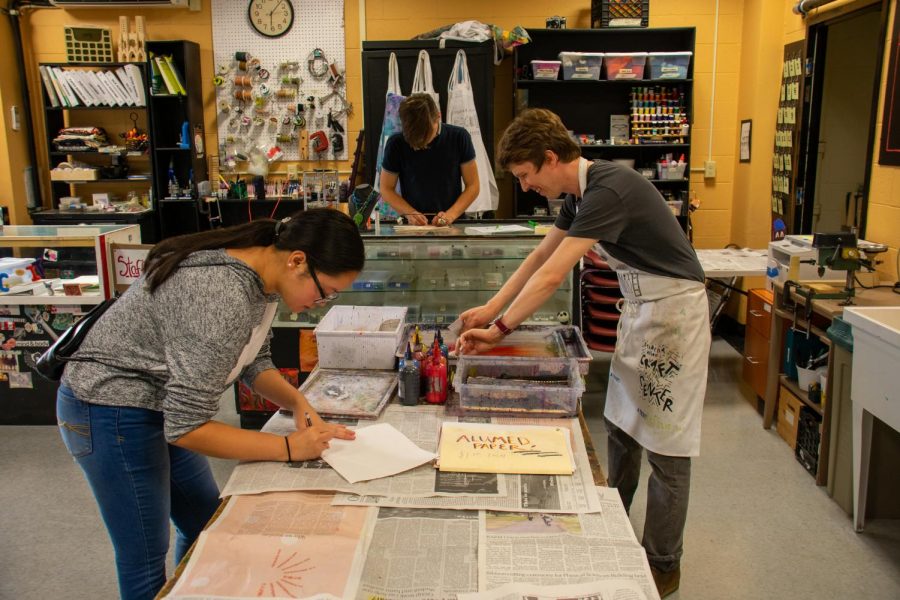 By Irina Costache and Sophia Gardner

The University of Massachusetts gave downsizing orders to all student agencies through an email sent out on April 3, notifying them that their staff would be cut down to just a few “essential employees.” The change comes after the agencies had already created and distributed lists to the University outlining whom in their staff they categorized as “essential,” and had budgeted to continue paying workers for the rest of the semester.

The agencies operate under the Student Government Association and employ students on an hourly payroll system. Their budgets are allocated by the SGA and paid for through the Student Activities Trust Fund, which is also administered by the SGA and is funded by undergraduate tuition.

“The SATF is its own set of money that is not experiencing any budget problems,” said Timmy Sullivan, the former SGA president. “It has already been allocated to these agencies . . . [the SATF] is not something that is really affected by this crisis.”

In order to help students who were relying on this pay as their main source of income, the University extended payroll for these students for two weeks after in person learning ended. This extra pay, for the weeks of March 22 to April 3 was based on the hours they worked the week of March 1 to 7, according to Ed Blaguszewski, the executive director for strategic communications for the University. Blaguszewski also suggested that students in need apply for emergency support fromthe University.

In the downsizing ordinance, the University decided which agency employees were “essential” and could continue to remain on payroll, effectively letting all other employees go for the duration of the semester.

The downsizing was part of an effort by the University to minimize the financial losses of the University: “The adjustment of student room and meal plan fees, in addition to adjustments in student parking fees, will result in an estimated loss of $40 million in revenue,” said Blaguszewski. “We are actively engaged in evaluating how to best manage this disruption and its impact on students.”

Sullivan also claimed that there had been resistance from the University around including SGA in recent major decisions. “Our vice chancellors have effectively suspended shared governance and campus democracy and have been making unilateral decisions,” said Sullivan.

The University claimed that they consulted with the SGA on the topic of which employees should be essential before making their decision: “SACL and Administration and Finance administrators did consult in advance with representatives of both the undergraduate Student Government Association and the Graduate Student Senate in making that determination, which is the SACL’s responsibility,” said Blaguszewski.“That consultation was consistent with the administration’s important role to consult with students as outlined in the Wellman Document.”

The University’s decision comes after the SGA issued a list of demands on behalf of the student body. The demands were a response to the University’s decision to switch to remote learning for the remainder of the semester due to the COVID-19 pandemic. One of the demands was that student workers continue to be compensated through the remainder of the semester.

The Resident Assistant/Peer Mentor Union has also created a set of bargaining proposals that they call “bargaining for the common good,” according to James Cordero, the co-chair of the union. “These proposals for the common good include asking UMass to pay all employees the remainder of the semester, including agency employees,” said Cordero.

The bargaining proposal that he referred to reads: “Every student employee shall continue to be paid as normal for their position, regardless of whether they remain on campus or are able to complete their work. This specifically includes workers of the Student Government Association Agencies, most of whom have recently been laid off by Student Affairs and Campus Life.”

The RA/PM union has not yet gotten a response from the University, but they are hoping to get a response at their next bargaining session on April 10.

All agencies had planned to continue doing remote work during the rest of the semester, despite not being on campus. “All agencies had created a plan for how they would continue working, because they all have essential work that needs to be done,” said Sullivan.

Marjorie Valdivia, the graduate assistant director for the Student Union Craft Center, said that the agency had planned to keep all of its workers on staff, as all are essential to keeping operations running remotely. Instead, they were cut to just two staff members.

“We were told that, because the Craft Center has a grad student and a director, that that was enough personnel to run the Craft Center in this time…and that our staff wasn’t deemed to be essential,” Valdivia said.

The Craft Center was hoping to continue paying staff to conduct remote work, such as using social media to post crafts and art curriculums that viewers could easily do from their homes.

Valdivia also added that most of the Craft Center’s employees relied on their job as their main source of income while on campus.

“I think a big thing that I’m worried about, just because knowing statistics at UMass, is how it might impact our students in terms of food security and housing insecurity,” Valdivia said. “It’s definitely going to have an impact on students financially.”

Suthaney Sundar, a former employee at the Center for Education Policy and Advocacy who was recently let go by the University, expressed concerns about how the agency would be able to complete the work that they had originally allocated for the rest of the semester.

“We gave ourselves a lot of work,” said Sundar. “We have a Moodle page where we can help people find online learning resources, mutual aid networks, helping our community find food, as well as just the general agency work that CEPA does. We were going to continue all of that. Honestly I don’t know how it’s going to work now because we had eight staff members before, now we have two.”

The agencies said they were still unclear on what was going to happen to the leftover money in their budget now that their staff had been cut.

“We have some information but not a lot of information,” said Valdivia. “Our understanding is somewhat…that it would go back to the SGA because normally whenever there’s any leftover money from student agencies, it gets turned back to the SGA, but I’m not sure if that’s what’s happening with this.”

“If [the University] is going to use [SATF money] for things that are not the allocation of the SGA, that’s a huge problem,” said Sullivan.

The University did not address what the money would be used for specifically, but did say that they hold legal authority over managing the SATF: “SGA does have responsibility, in concert with University rules and policies, for managing the Student Affairs Trust Fund by allocating funding for all RSOs and a number of agencies that provide student services and promote student welfare,” said Blaguszewski.“Legal authority and responsibility for oversight and management of SATF, however, rests with the University.”

Sundar also spoke about what the lack of pay meant for her personally: “I’m trying to move off campus and I’m trying to put down a down-payment on a house next week with my roommates, one of whom works at the same agency. Since we’re both in danger of losing our jobs, we’re not sure if we’ll be able to continue paying rent, if we’ll be able to get the house and in that case we won’t have a place to live.”