Local leaders answer questions and address the concerns of students 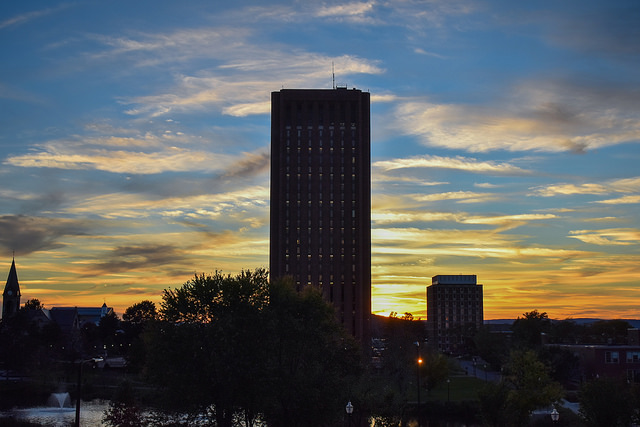 On Thursday, April 23, students, faculty and staff from the Five College Consortium attended a virtual town hall event on Zoom to discuss the impact of COVID-19 on college students.

The local leaders in attendance included Massachusetts Rep. Mindy Domb, Lindsay Sabadosa and Dan Carey, as well as Massachusetts Senator Jo Comerford and Amherst Town Council President Lynn Griesemer. The event was organized by the Student Government Association at the University of Massachusetts and the Center for Education Policy and Advocacy and was co-sponsored by multiple Five College organizations.

One of the topics discussed was how higher education is affected by the pandemic. Domb brought up the uncertainty many legislators are having with higher education going into the fall, and even beyond.

“I think that’s the unknown piece in Massachusetts that I think is going to underlie the discussion and debate around funding,” Domb said. “It’s not my hope that schools will close, but it’s my hope that the economic situation will underscore the need for more public investment in public higher education.”

Domb said the pandemic not only revealed weaknesses, it raised opportunities.

“I hope the economic impact makes people feel a little more considerate and generous to students who have loans, and start to think about more comprehensibly how to relieve loans and student so that they can go back to have their life and what that means in terms of finishing their education,” said Domb.

The recent federal stimulus check that college students and undocumented immigrants were ineligible for was also a topic of the meeting. Questions about whether checks are to be provided to these groups were asked. Comerford mentioned that conversations are happening in the state Senate side, where they would see this as a supplemental budget moment. Domb added that there is a local impetus to try to get money directly to people who weren’t otherwise eligible for the stimulus check.

Eventually, the event shifted to a question and answer portion, where attendees were allowed to talk directly to the panel. Anna-Claire Steffen, a representative at the Graduate Employee Organization and Ph.D. candidate in English at UMass, shared the experiences many graduate students are having in this pandemic.

“A number of us are facing homelessness, inability to pay bills and food scarcity,” Steffen said. “What we’re finding with our unique status as students and workers make us slip through the cracks through the more structural state and federal support.”

Other topics brought up included upcoming elections and voting methods that maintain social distancing. Carey spoke on work that he is doing in Easthampton with their recent senator elections, which is happening mostly by voting by mail and absentee voting.

“We’re looking at it again for the fall because we don’t know how long this is going to last,” said Carey. We’re making sure we’re able to have our September primaries and November elections, in a safe way, where we can get as many people to vote as possible.”

Sabadosa discussed the impact this pandemic is having on small local businesses and the resulting unemployment: “The first thing I think of when I wake up in the morning, are the constituents who have yet to be able to get benefits from the unemployment office.”

Sabadosa added, “We are helping 15 to 20 people a day just navigate that system, and that is enormous.”

“It’s gratifying to be able to help, but it does really reflect the amount of pain everybody is going through. As you do that constituent work, it leads you to think ‘how can I take my position as a conduit between regular people and government agencies?’ And then, ‘how can I think of legislation that can continue to help and continue to improve these fractures and cracks in the system right now?’” Sabadosa said.

Also brought up was the discussion between students and UMass administration to potentially house homeless people during this pandemic to stop the spread of the virus.

“There were direct discussions between the town and UMass about trying to find a place to house homeless infected by COVID, they did not go anywhere,” Griesemer said.

“They work directly with the Massachusetts Emergency Management Agency, so what UMass does in response to a request like that is much more directed to a state level,” Griesemer said. “Two of the UMass campuses – Lowell and Dartmouth – have identified and been using facilities, but again, that’s been in coordination with MEMA. UMass Amherst has not been able to accommodate that because they are waiting for whatever direction they need from the state.”

Comerford took a moment to acknowledge the significance of this pandemic in highlighting what needs to be changed: “COVD-19 really just exposed some of the greatest inequities of our Commonwealth,” Comerford said. “Economic inequalities, racial and ethnic inequities, ability and disability inequities and healthcare inequities.”

“What’s also really clear, is we’ve been able to do some things in this pandemic, that we’ve needed to do for a really long time. I think there are critical lessons learned that we need to take as a body and move forward. Those are for me a building block out to what we can demand as we come out of this crisis,” Comerford said.

Suthaney Sundar, a sophomore at UMass and a host of the event, talked about the importance of creating this space to ask questions directly to legislators.

“No one seems to be getting the correct information, and it’s hard to figure out what’s going on right now,” Sundar said. “This allows them to hear our concerns from us directly, otherwise, they may not even hear it.”

Wafi Habib can be reached at [email protected]